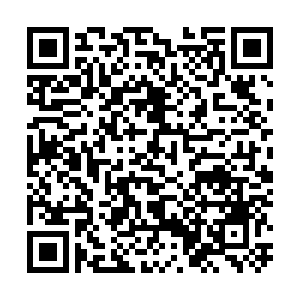 Bali's usually bustling areas are eerily quiet. Restaurants are closed, beaches are empty and shops are struggling. As Indonesia struggles to contain COVID-19, this scene has been normal in Indonesia's most popular tourism spot.

Gede Sidharta Putra's resort is situated in the tranquil area of Sanur. All of its property overlooks white sandy beaches and crystal clear waters. Usually this would be his busiest time of year with tourists from Australia, Europe and China spending their spring vacation in the island. However, this year it's a dramatically different scene. 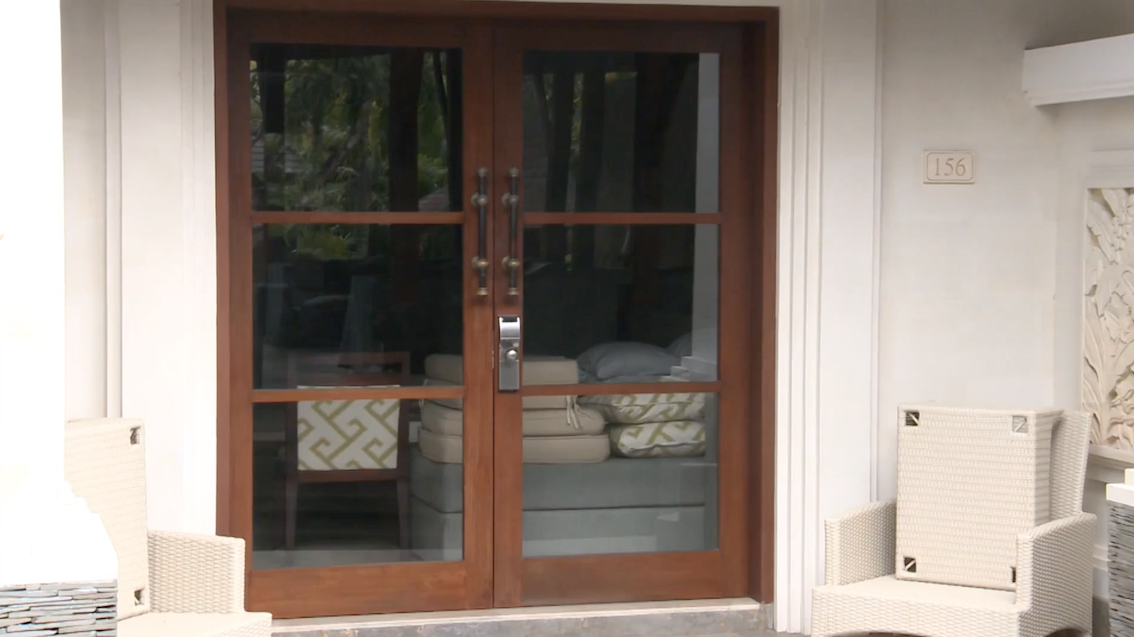 Hotels have been the hardest hit with at least 90 percent less occupancy than the year before. /CGTN

Hotels have been the hardest hit with at least 90 percent less occupancy than the year before. /CGTN

"At our hotel, usually around this time our occupancy is quite high, at least 75 percent, and I think we share the same numbers with few other hotels too. Our main market comes from Australia and Europe. Now, Australia have closed their borders and a couple of European markets also got hit such as Germany, the Netherlands and the UK. So, basically all our market now is closed including the China market as well," said Gede.

For decades, the locals in Bali have depended on tourism for their livelihood. At least 70 percent of the island's economy relies on tourism. This year, however, more than 90 percent of hotels and restaurants were forced to shut.

Indonesia's Tourism Ministry expects at least 150,000 people will be laid off this year due to the huge impact of COVID-19 on the tourism sector. According to the country's Tourism Minister Wishnutama Kusubandio, Indonesia's tourism industry will not fully recover until 2021. 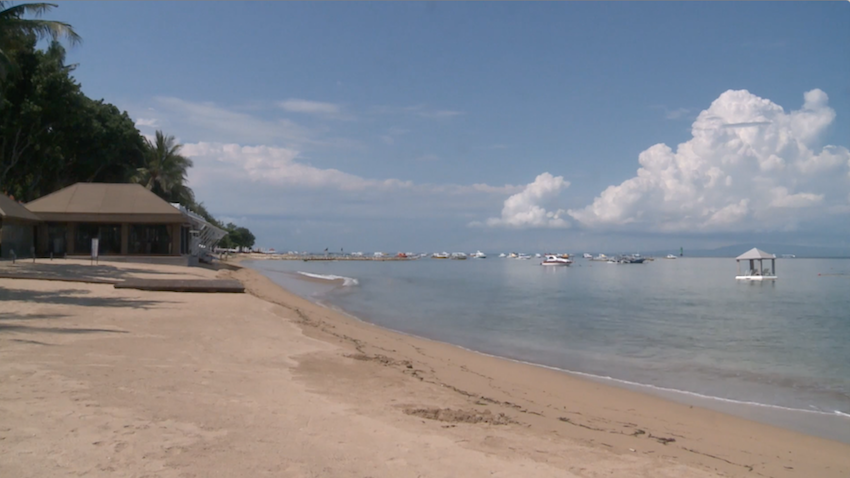 Bali's empty beaches are a reflection of what the tourism sector is going through. /CGTN

Bali's empty beaches are a reflection of what the tourism sector is going through. /CGTN

"The hotel is closed right now, it's totally closed. We have to deal with the layoffs of the employees. In our hotel more than 1,000 employees are required to stay home. We try to rotate them, we use only 25 to 30 percent of employees at a time but mostly there is no revenue at all for them," said Gede.

Earlier this year, the Indonesian government proceeded to ban travel from the Chinese mainland to halt the spread of COVID-19 locally. That move came with huge consequences. Chinese tourists remain on the top spot of arrivals into Bali. Research shows an average of 1,000,000 of them visit the island every year, contributing hundreds of millions of dollars into the local economy.

Agung Partha Adnyana from Bali's Tourism Board has seen the drastic decline of tourists since January.

"We were still seeing good numbers from January 25 until March 15 when they closed flights completely from China. We only started seeing an 18-20 percent decrease after March 15 from the China market. However, after the lockdown from European countries, we really started to suffer. So all industries, not just hotels but small businesses, drivers, tour guides, everybody in the tourism ecosystem is having this problem," said Agung. 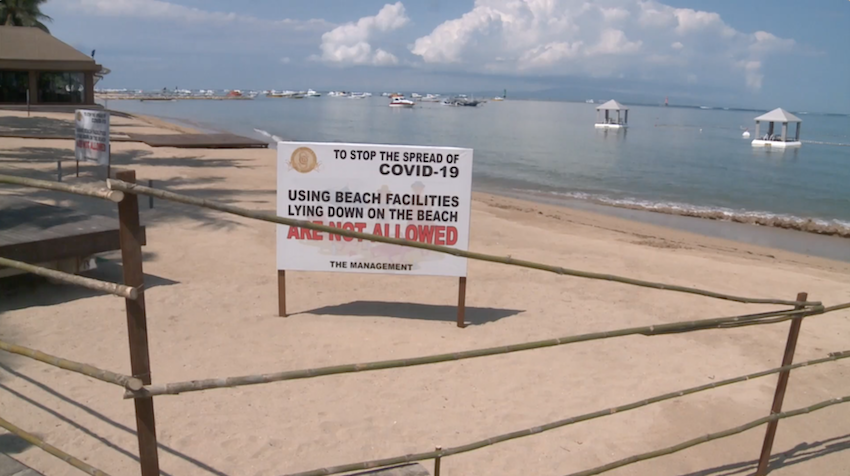 Bali has not imposed any strict large-scale social restrictions but most tourist areas are shut down. /CGTN

Bali has not imposed any strict large-scale social restrictions but most tourist areas are shut down. /CGTN

Those problems don't seem like they are going away anytime soon. President Joko Widodo has enforced strict large-scale social restrictions in most parts of Indonesia. Although Bali has not imposed any form of lockdown, many people are choosing to stay home as a personal initiative to curb the spread of COVID-19.

Agung says running a business in this uncertain climate is next to impossible and in an island that relies heavily on tourism, many locals fear the worst is yet to come.