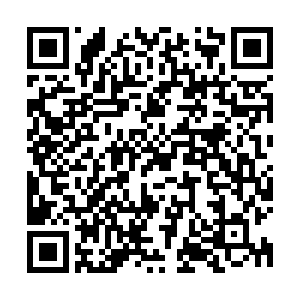 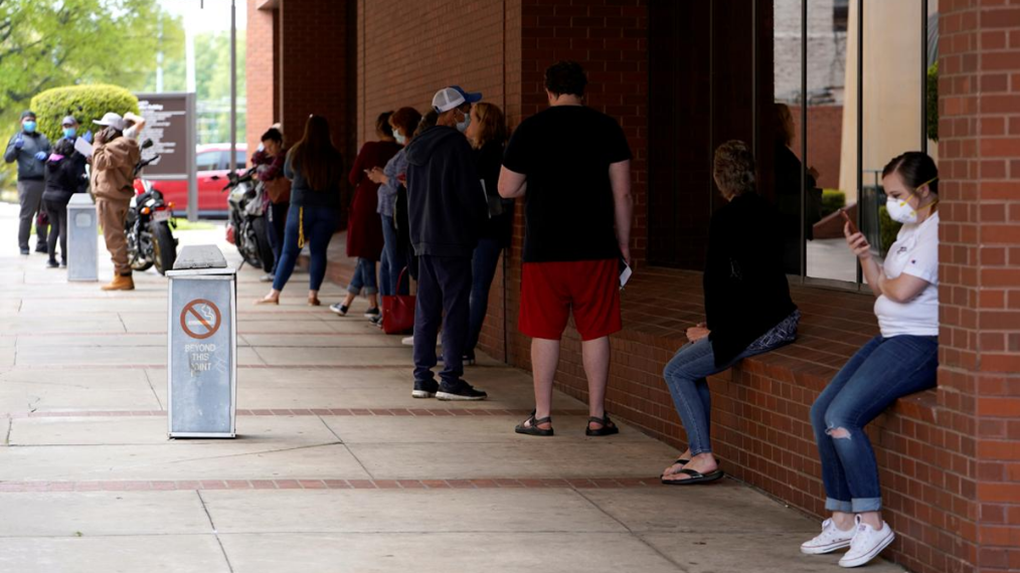 People who lost their jobs wait in line to file for unemployment following the coronavirus outbreak, at an Arkansas Workforce Center in Fort Smith, Arkansas, U.S. April 6, 2020. /Reuters

People who lost their jobs wait in line to file for unemployment following the coronavirus outbreak, at an Arkansas Workforce Center in Fort Smith, Arkansas, U.S. April 6, 2020. /Reuters

U.S. economy is heavily wrecked by the spreading COVID-19 epidemic, as millions of Americans sought unemployment benefits last week and thousands of small businesses are wandering due to exhausted funds of the U.S. loan program.

Initial claims for state unemployment benefits dropped 1.370 million to a seasonally adjusted 5.245 million for the week ended April 11, the government said. Data for the prior week was revised to show 9,000 more applications received than previously reported, taking the tally for that period to 6.615 million.

A total of 22.034 million people have filed claims for jobless benefits since March 21, representing about 13.5 percent of the labor force. Employment bottomed at around 138 million in December 2019 and peaked at 158.8 million in February. At face value, the staggering claims numbers set the economy on course for job losses of more than one million in April.

"The scale of job losses we have had in the past four weeks is remarkable, nearly all the jobs gained since the Great Financial Crisis are now lost," said James Knightley, chief international economist at ING in New York.

The U.S. Small Business Administration said on Thursday that a 350 billion U.S. dollars emergency U.S. loan program to help small businesses keep workers on their payrolls has run out of funds.

That has left thousands of small businesses across the country, which have been forced to shut down in order to stem the outbreak, without badly needed funds to keep them afloat.

"The SBA is currently unable to accept new applications for the Paycheck Protection Program based on available appropriations funding," the SBA said on its website, adding that as a result, it could not enroll new lenders in the program for the time being.

The SBA said in an email that nearly 5,000 banks had made roughly 1.6 million loans under the scheme, which was part of a 2.3 trillion U.S. dollar congressional stimulus package passed last month to combat the economic damage caused by the virus.

Major lenders, including Wells Fargo, JPMorgan and Bank of America, have been inundated with hundreds of thousands of loan applications, far more than they have been able to process, according to the banks and Washington trade groups.

The deepening economic slump was also amplified by other data on Thursday showing manufacturing activity in the mid-Atlantic region plunged to levels last seen in 1980, and housing starts plunged 22.3 percent to a seasonally adjusted annual rate of 1.216 million units last month, the largest monthly decline in starts since March 1984.

The reports followed dismal reports on Wednesday of a record drop in retail sales in March and the biggest decline in factory output since 1946.

Economists are estimating the economy contracted as much as 10.8 percent in the first quarter, which would be the steepest drop in gross domestic product since 1947. They say the massive fiscal package will likely provide little cushion for the economy.

Stocks on Wall Street were mixed as investors focused on the second straight weekly drop in claims. The dollar was higher against a basket of currencies and the U.S. Treasury prices rose.