Trump administration's stance on China and WHO is blackmail
Adriel Kasonta 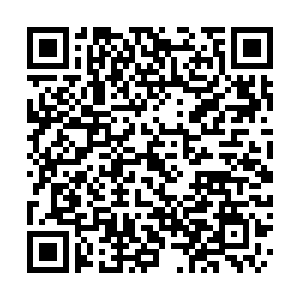 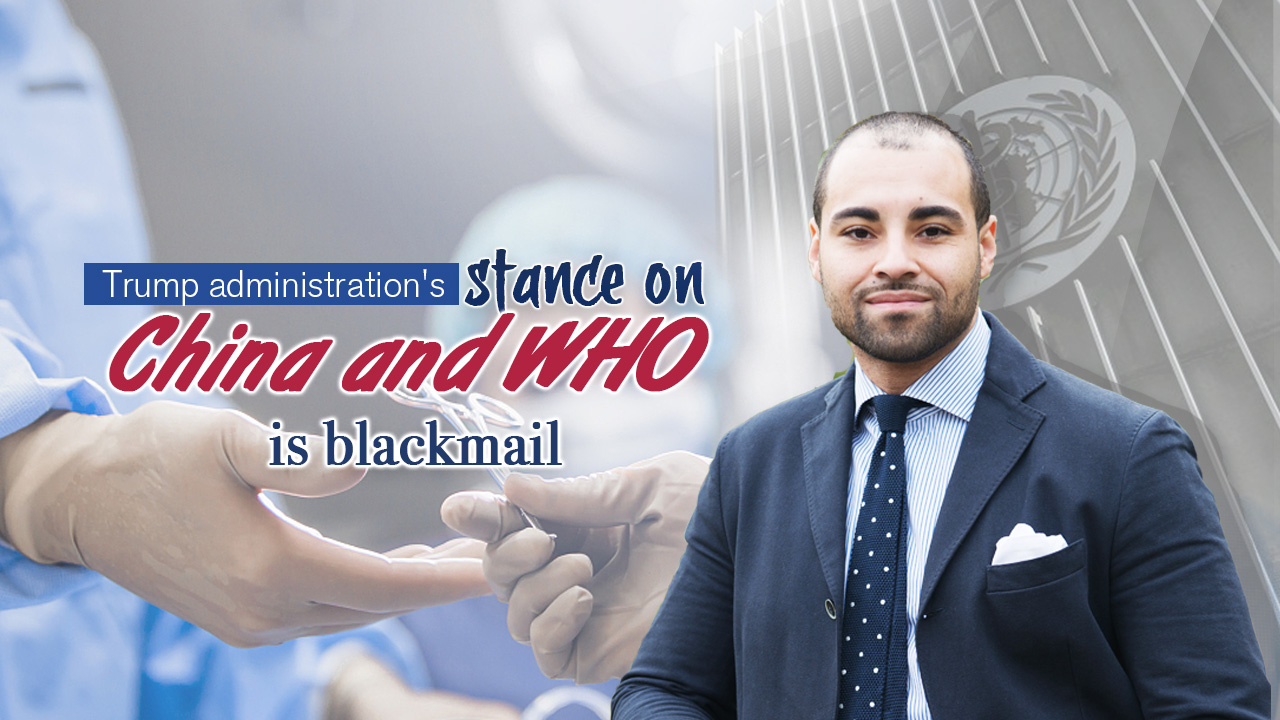 Editor's note: On April 14, U.S. President Donald Trump announced that his administration is halting funds for the World Health Organization (WHO). A week before, he called the organization of being "China-centric." Adriel Kasonta, foreign affairs analyst and former chairman of the International Affairs Committee at Bow Group, shares his views on these developments. The opinions expressed in the video are his own, and do not necessarily reflect the views of CGTN.

Adriel Kasonta: I think that this is a very dangerous narrative, and I think that those who are pushing this are very well familiar with what they're doing. As far as we see China gaining influence, being not a Western power, but being an East power, so to speak, is perceived in the West as a hijacker of the right of the West to dictate who is in charge and what is the narrative with regards to their national interest.

And what we are seeing with regards to scapegoating and in naming and smearing the good name of the General Director of the WHO, who was an Ethiopian Minister of Health, is trying to smear him as a China stooge. I think that the blackmail that is coming and oozing from the Republican politicians, because we also have to bear in mind that, quite recently, a Tennessee Republican Senator Marsha Blackburn pushed the Resolution 553 which is asking, and it is very crucial to remember, asking China to somehow remove a debt which is, according to my knowledge, 1.1 trillion U.S. dollars with regards to the United States and ease that debt.

So, in one way, we are seeing the attacks being waged toward China and Mr. Tedros. But at the same time, we are seeing the economic narrative where the Western or United States politicians are trying to somehow pressure China to ease the debt.

So it's similar to the situation where I owe the money to the bank, or I owe the money to another person, while I'm somehow trying to blackmail this person that I'm not willing to pay back this money because if you hold the debt of mine, you have certain leverage over me. And if I will not pay this money and you will try to somehow exercise your powers to collect the debt, I'll call you an aggressive power.

And this is what the politicians in the United States are advocating for. So what they are trying to do is to blackmail and to push China to the limit. Also proposing an outrageous solution, like, with regards to the Belt and Road Initiative where the loans were provided to African countries, East Europe, where I'm from personally, and Latin America to somehow seize the assets of the companies owned by the Chinese state.

And in a situation where China would like to collect back of the loans, they would just say no collectively. So, in this sense, they are trying to steal money from China. And if China will try to collect the money, they will say "no" as same as the thieves who are coming up the night and stealing your property.

Edited and designed by Liu Yuqing