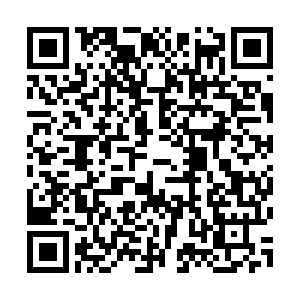 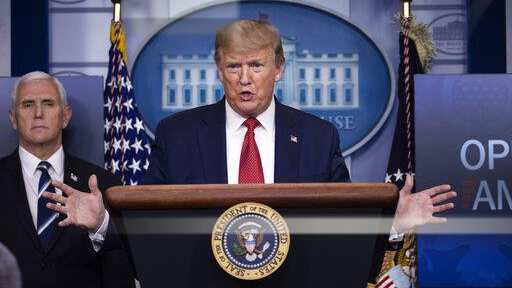 Editor's Note: Andrew Korybko is a Moscow-based American political analyst. The article reflects the author's opinion, and not necessarily the views of CGTN.

The "Opening Up America Again" plan that was just unveiled by Trump during a press conference on Thursday afternoon is federalism at its finest, because it epitomizes the best that the country's political system has to offer. The federal government started centralizing its control over the states since even before the Civil War of the mid-19th century, but this trend accelerated in its aftermath, and has noticeably been observed every time that the U.S. finds itself in a serious crisis, be it a world war or the global war on terror, for instance.

This time, however, the federal government did the opposite of what was expected of it by devolving a lot of responsibilities to the states, where they always constitutionally belonged. The centralization trend that's been on display for over the past one and a half centuries was always questionable from a legal standpoint but accepted as a fait accompli since the end of the Civil War, though the specifics of the coronavirus crisis, that's currently ravaging the country, made it impossible to resort to that method any longer.

The invisible enemy against which Trump always reminds his countrymen that they're fighting can't be defeated by the power of the federal government alone, but through the efforts of each state and citizen working together with the higher authorities in pursuit of a common victory. All attempts to exploit this crisis to carry on the decades-long trend of centralization are doomed to fail since the federal government can't fully control the on-the-ground situation across one of the world's geographically largest and most populous countries.

That much was evident from the onset of the crisis after it was revealed that the federal government was having difficulty coordinating a uniform response with the states owing to the differing nature of their outbreaks. The states are supposed to be prepared to independently respond to scenarios such as this one, relying on the federal government only for material and personnel assistance if it's absolutely needed, but Trump remarked the other day that some of their authorities weren't even aware of the medical stockpiles on their territories. 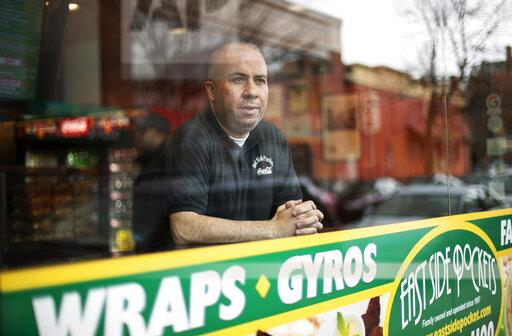 Paul Boutros, owner of East Side Pockets, a small restaurant near Brown University, looks out onto an empty street since students were sent home two weeks ago, in Providence, R.I. U.S., March 25, 2020. /AP

Paul Boutros, owner of East Side Pockets, a small restaurant near Brown University, looks out onto an empty street since students were sent home two weeks ago, in Providence, R.I. U.S., March 25, 2020. /AP

That speaks both to an irresponsible lack of preparedness on their part and the political inertia that set in since the end of the Civil War whereby their predecessors largely assumed that the federal government would continue the trend of exploiting any future crisis to strengthen its centralized control over them and therefore take care of everything that's needed. That's not how America was envisaged to function by the Founding Fathers, but the country is finally being forced to go back to its roots as a result of the coronavirus.

The effectiveness of Trump's plan lies in the fact that the aforementioned shortcomings in some states' preparedness have been quickly overcome, due to the current wartime situation. The federal government drastically stepped up its medical procurement efforts to the point where some of the supplies are no longer needed, such as the two medical ships sent to its oceanic coasts, and it's also briefed the state leaderships on how to properly handle everything going forward.

In parallel with this, the American people have recovered from the initial shock of their country's lockdown, understood the gravity of what's at stake, and proverbially stepped up to the plate to tackle this unprecedented threat. By behaving more responsibly, in accordance with the federal hygiene guidelines, stipulating regular hand washing and measures such as social distancing, they're now ready to gradually return to work and help their country recover from its sudden economic collapse.

It will still take time for everything to get back to normal, or at least as normal as possible when looking at these world-changing circumstances. But the path forward lies with America's federal system of devolving responsibilities to the states and their people, not through the federal government's historic trend of exploiting every crisis as a pretext to further centralize control. It's surprising to some that Trump, of all people, realizes this, despite his dictatorial reputation among critics, showing just how serious he is about reopening the economy, so much so that he's willing to pass up the opportunity to expand his political power.