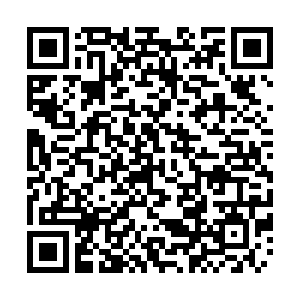 Global stocks finished a positive week on a strong note Friday, rallying as government officials moved ahead with plans to gradually reopen the economy.

Investors shrugged off atrocious economic data, with analysts pointing to a number of other positive catalysts, including a report indicating promising research on a Gilead Sciences drug to treat coronavirus and Boeing's announcement that it will resume U.S. commercial plane production.

In one of the first moves by a major US state, Texas Governor Greg Abbott approved retailers to employ a "to go" model that requires re-opened stores to deliver items to customers' cars or homes.

But Abbott said Texas schools would remain closed for the remainder of the 2019-2020 school year.

In Europe, the coronavirus pandemic in Germany is "under control" thanks to measures imposed after an early surge in cases, Health Minister Jens Spahn declared on Friday, as the country prepares to ease restrictions.

Major bourses in Europe surged around three percent. All three major U.S. indices also rallied to finish with weekly gains for the second week in a row.

"Investors seem optimistic that there's light at the end of the tunnel," Kinahan said. "Investors should be cautious, though, as the 'getting going' might end up being slower than expected."

"We have a lot of economic pain... and that's likely to last for some time," New York Federal Reserve President John Williams told CNBC. "I still think we've got some tough days ahead."

WTI oil prices tanked to a fresh 18-year low point, making a barrel of oil cheaper than a quality bottle of wine as the embattled commodity continues to suffer in the wake of a weakening demand picture.

Among individual companies, Boeing jumped 14.7 percent after announcing it will begin to ramp production back up at its Washington state commercial plane plants, bringing back around 27,000 workers.

Gilead surged 9.7 percent following a media report about promising research on an antiviral medication from the drugmaker being tested to treat the coronavirus.

The report in Stat News described a video discussion in which the head of clinical trials at the University of Chicago Medical School said almost all of the patients in a research group had been discharged after being treated with Gilead's remdesivir.

But Gilead warned against jumping to conclusions without much more extensive data from other trials underway.

Apple dropped 1.4 percent following a downgrade from Goldman Sachs, which predicted weak demand for iPhones due to the economic slowdown.