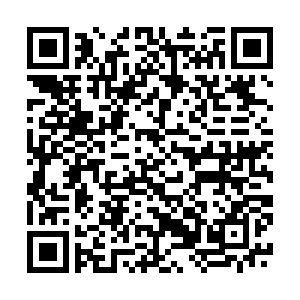 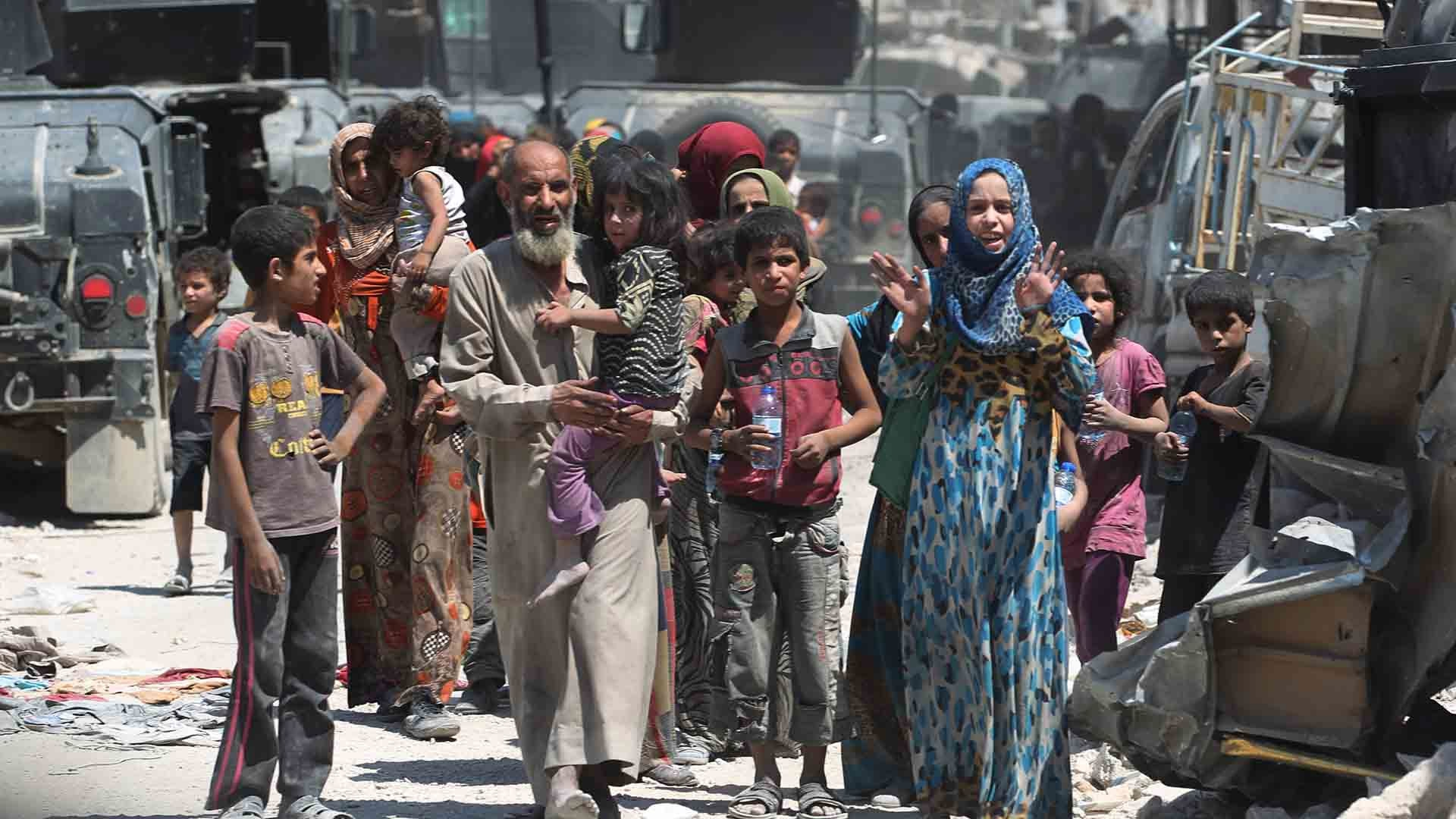 Editor's note: Hannan Hussain is an assistant researcher at the Islamabad Policy Research Institute(IPRI), and an author. The article reflects the author's opinions, not necessarily the views of CGTN.

After an increase in pressure from Shiite political parties drove Adnan al-Zurfi – former prime minister designate – to his resignation, the task of forming a government in Iraq remains more challenging than ever. With a COVID-19 crisis gripping the region, President Barham Salih was quick to assign former intelligence chief Mustafa al-Kadhimi as Zurfi's successor on April 9. This move was partly facilitated by key Iranian generals, demonstrating the importance of winning over Shiite political support in Iraq. As long as Kadhimi remains open to direct talks with the country's top political leaders, and is able to learn from the shortcomings of his predecessors, his chances of forming a new cabinet within the 30-day deadline are quite optimistic.

First, Kadhimi enjoys close relations with Tehran, Riyadh and Washington. A candidate that strikes a chord in all three capitals is naturally an asset to Iraq's long-term plan of strategic balancing in the gulf. Ever since the assassination of General Qasem Soleimani, Tehran has made it its mission to consolidate deep-seated support in Baghdad, including the withdrawal of U.S. troops from the country. With strategic talks with Washington scheduled for June, Iraq would want to reconfigure important foreign relationships without compromising any of them.

To Kadhimi's advantage, he was able to strike a similar balance several years ago, at the peak of Iraq's war against ISIS. Adding to his leverage is the fact that both Washington and Tehran have openly welcomed his appointment as the new prime minister-designate of Iraq.

Even more significant is the fact that years of service at the top helps Kadhimi understand the depth of Iranian influence on Iraq's Shiite political blocs. This is a decisive factor because Mohammed Allawi – the first premier hopeful – lined up ministers that ran contrary to the wishes of the Iraqi political elite, marking an end to his candidacy. Adnan al-Zurfi's divide-and-conquer approach against select Shiite parties didn't deliver either. Hence, Kadhimi's aura of neutrality affords him an ideal opportunity to pursue direct talks with Iraq's top political figures, and integrate popular priorities of major blocs into his government formation criteria. Such a consensus could broadly limit resistance during the parliamentary vote.

For any tangible success to favor Kadhimi, it is imperative he goes public with a more explicit vision of what he calls "a prosperous future." At present, Kadhimi's promise as a leader is powered by rhetoric, and inspired by a legacy that prioritized strategy over governance. Shiite parties have also offered glimpses of their support to Kadhimi in recent times, such as during the build-up to Adnan al-Zurfi's resignation. But all that backing could take a nosedive if the former intelligence chief fails to convince parties why he is best suited to break Iraq's deadlock.

In the meantime, the longer it takes to form a government, the greater the risks for Iraq's COVID-19 containment efforts. Consider the fact that the World Health Organization has warned that the window to contain COVID-19 in the Middle East is narrowing – and only a handful of countries in the region are capable of using sophisticated technology and nationwide shutdowns to public benefit. 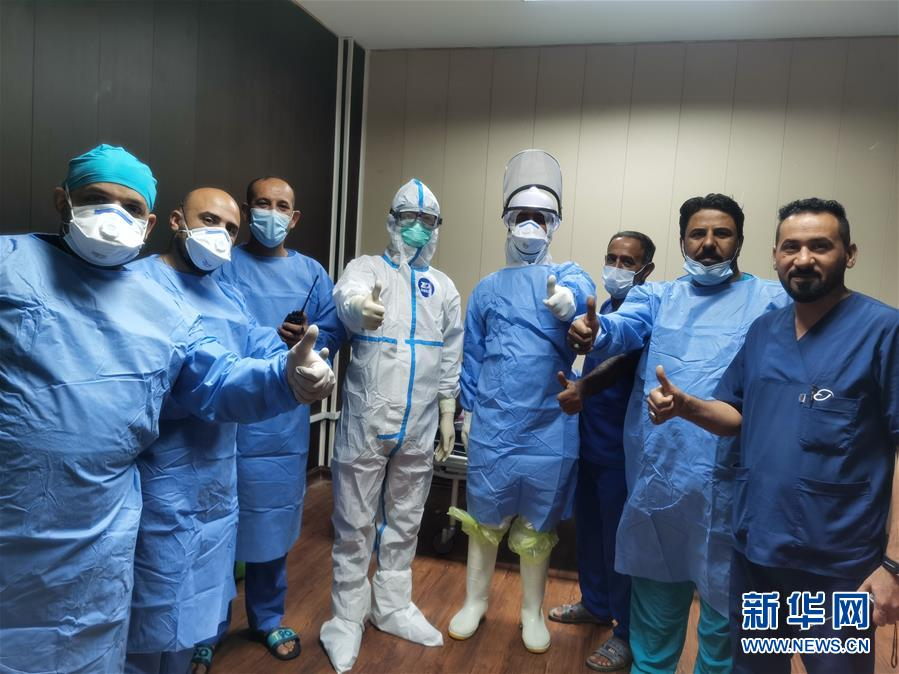 Moreover, despite extending Iraq's current lockdown until April 23, the absence of a unified government makes it difficult for health officials to unearth undetected COVID-19 cases. "It is true we have cases that are hidden, and that is because people don't want to come forward and they are afraid of the quarantine and isolation," said Dr Hazim al-Jumaili, deputy health minister in an interview to The New York Times this week.

Another important cost of continued political uncertainty in Iraq is a growing aversion to medical treatment itself. Many within the country feel inclined to avoid emergency treatment, based on a range of cultural and religious stigmas which fragmented leadership only strengthens. The country's healthcare system continues to reel, and about 90 percent of national revenue is contingent upon oil. Thus, a lasting political deadlock casts a paralyzing spell on Iraq's healthcare spending, budget and financial reserves, clouding possibilities of marked improvement in the coming weeks.

On Thursday, the Geneva-based International Committee of the Red Cross (ICRC) illustrated the "potentially devastating aftermath" for millions of people caught in the throes of conflict, including Iraq. It underlined "the twin threats" of potential mass virus outbreaks in conflict zones and looming socio-economic upheaval. Both dynamics identify closely with Iraq's current state of affairs, compounded by severe testing shortages and conflicting reports on the actual case count.

According to a COVID-19 count kept by Johns Hopkins University, the confirmed number of cases in Iraq is at least 1,434. However, for a population 40 million-strong, the rates of testing have been as low as 2,000 – and the health ministry has resorted to random testing on several turns. The absence of data makes it extremely difficult to ascertain whether officials have actually "ramped up testing."

Above all, it is impossible to determine whether a steady decline in recent cases is the result of government efficiency or crisis.