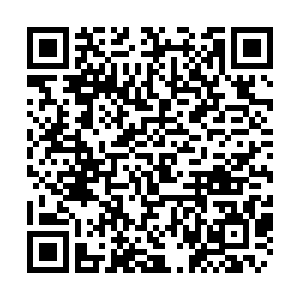 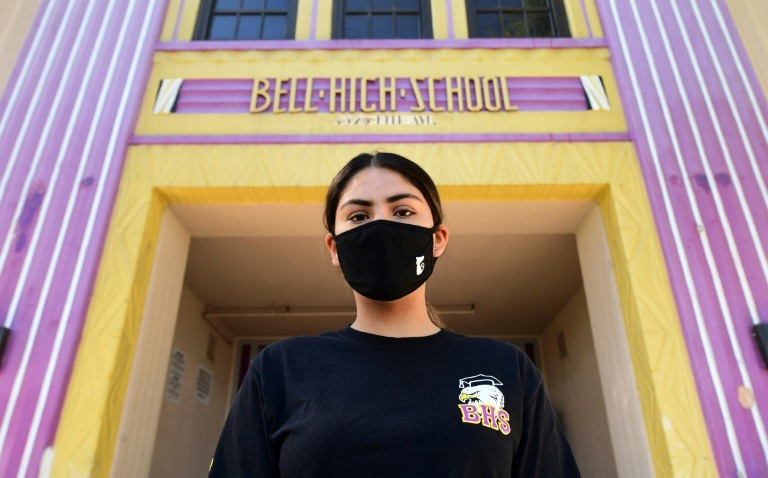 California teen Kenia Molina is relying on a donated laptop to be able to graduate from high school. /AFP

California teen Kenia Molina is relying on a donated laptop to be able to graduate from high school. /AFP

As a member of the 2020 "class of coronavirus," Kenia Molina needed to find a laptop in order to graduate from high school - a technology gap that has caused thousands of poorer students to miss out on weeks of education.

With many U.S. schools and universities shut for the academic year, the Los Angeles student will be completing her final year via virtual learning on a home computer donated by her district.

"This is really important... for students that don't have any access to the internet or even have any devices, they can't even afford any devices," said Molina, wearing a protective mask and gloves as she collected her laptop.

The free computers handed out by Los Angeles school district - second largest in the nation - "help us to be there and connected to one another," she added.

Some 7,400 of Los Angeles' 120,000 high school students have not logged in since quarantine began. 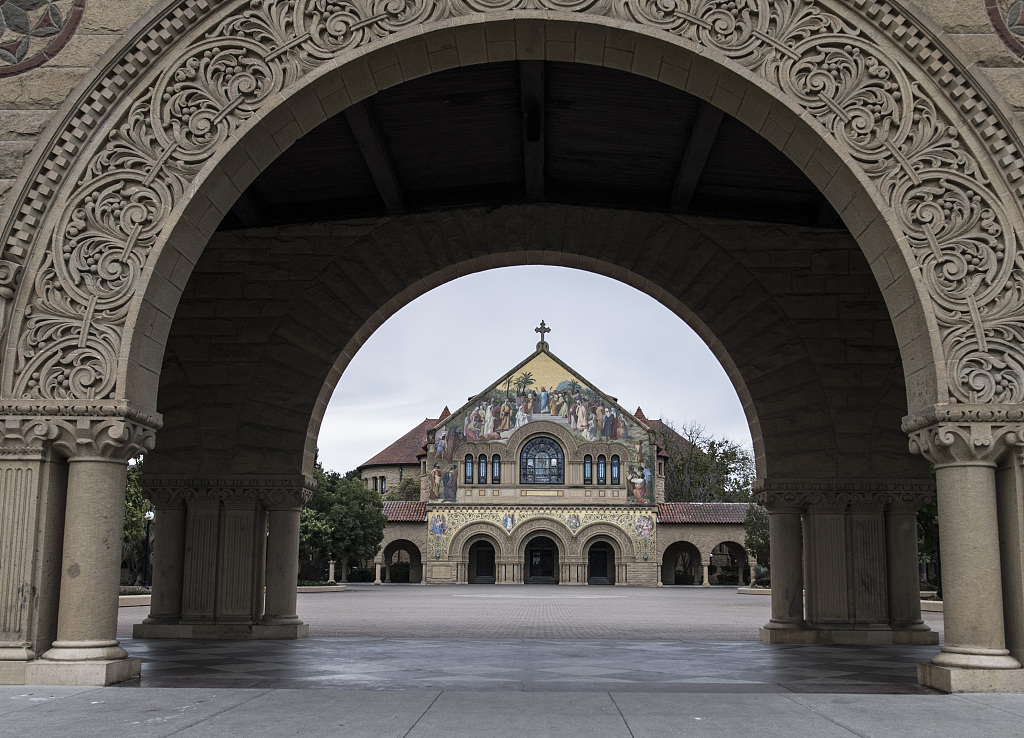 The courtyard in front of the chapel sits vacant at lunchtime on the usually bustling Stanford University campus in Palo Alto, California, U.S., March 10, 2020. /VCG

The courtyard in front of the chapel sits vacant at lunchtime on the usually bustling Stanford University campus in Palo Alto, California, U.S., March 10, 2020. /VCG

That number is down from 15,000 absentees in the first two weeks of lockdown, when at least 40,000 students had no daily contact with their teachers.

"This is something we should have been ready and prepared for years ago," said Rafael Balderas, principal of the school in Los Angeles suburb Bell where Molina studies.

"You can't take away from face-to-face learning - it is the best form of instruction for kids," he said.

"But this now has become our new normal," he added, with the pandemic and advances in technology spurring the school system to "move our kids to the 21st century."

The closures have caused particular challenges in poor or rural areas where families often lack computers or internet access.

Molina was one of 400 students at her school who received computers for viewing classes, turning in assignments and taking tests. 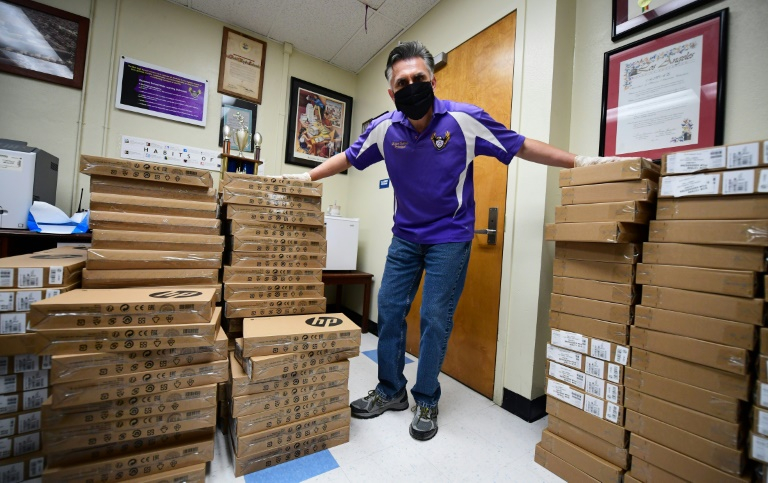 Rafael Balderas, a high-school principal in the Los Angeles suburb of Bell, is pictured with stacks of laptops for distribution to students in need - he says online learning has become the new normal. /AFP

Rafael Balderas, a high-school principal in the Los Angeles suburb of Bell, is pictured with stacks of laptops for distribution to students in need - he says online learning has become the new normal. /AFP

For families lacking internet, the school district is also working with technology providers to get them online.

In the school zone overseen by Andres Chait, one-in-five Telfair Primary pupils do not even have a home of their own.

Many of them live in motels or at the homes of other families, with no "desk in a quiet space" free from distractions, said Chait.

Parents who still have to work to pay the bills are making huge sacrifices to ensure their children have the opportunity to log in to lessons, or at times entrusting the supervision of young children to older siblings.

Teachers have also been forced to rapidly adapt, learning to use YouTube channels and video call applications like Zoom.

"They're keeping (students) within that educational space so that we don't have a whole generation that loses six months of instruction," said Chait.

The closure of schools also affects free meals on which poor families depend. Los Angeles school district has set up 63 drive-through distribution points, handing out half a million meals per day.

California was one of the first US states to shut schools, in mid-March, under a containment policy that experts say has helped to contain the deadly coronavirus. 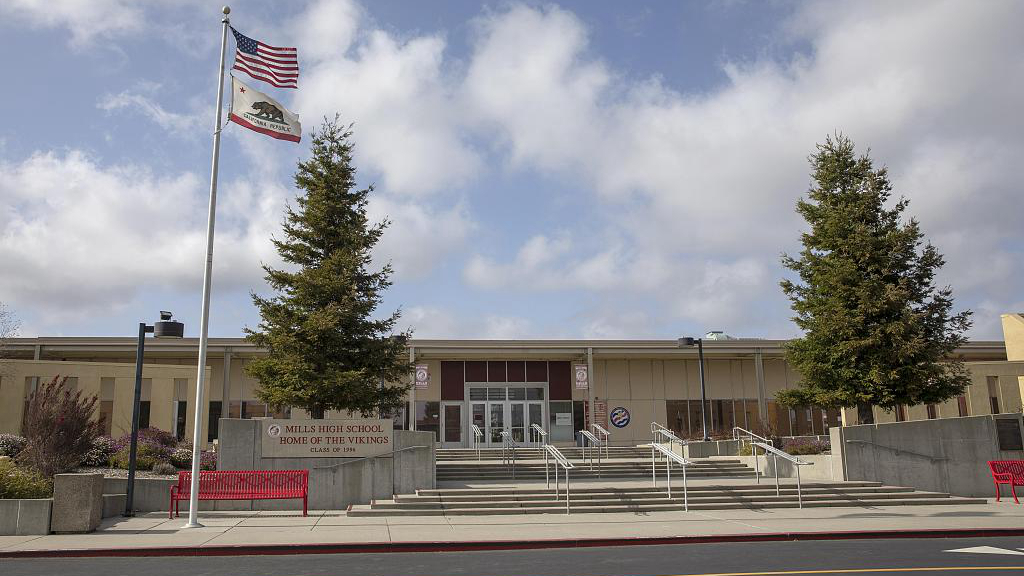 Even though the state has avoided the fate of eastern hotspots like New York, California has lost almost 900 people to the disease so far.

When schools finally reopen, Governor Gavin Newsom has warned that floorplans may need to be spaced out and start times staggered to maintain social distancing.

"Many more teachers will have now been educated on how they can use virtual teaching more effectively."

For Molina, those changes are likely to continue through university.

But even before then, she faces another seminal real-life moment transplanted to computer screen - her high school graduation, which will now be celebrated virtually.

"It's a memory that I'm never going to be able to experience," she said. "But we really can't do much about it."