The grim truth about the 'Swedish Model'
Hans Bergstrom 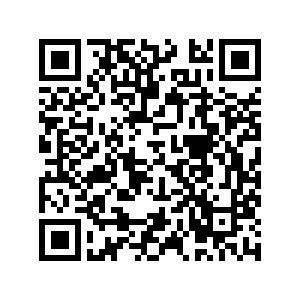 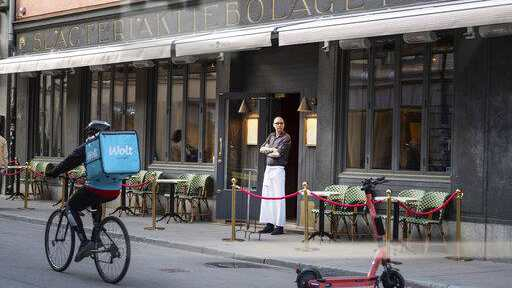 A waiter looks out from a restaurant while a food delivery person passes by on a bicycle, during the coronavirus outbreak, in Stockholm, Sweden Friday, April 17, 2020. /Ap

A waiter looks out from a restaurant while a food delivery person passes by on a bicycle, during the coronavirus outbreak, in Stockholm, Sweden Friday, April 17, 2020. /Ap

Editor's note: Hans Bergstrom, a former editor-in-chief of Dagens Nyheter, Sweden's leading daily newspaper, is a professor of political science at the University of Gothenburg and a member of the Royal Swedish Academy of Engineering Sciences. The article reflects the author's opinions and not necessarily the views of CGTN.

Does Sweden's decision to spurn a national lockdown offer a distinct way to fight COVID-19 while maintaining an open society? The country's unorthodox response to the coronavirus is popular at home and has won praise in some quarters abroad. But it also has contributed to one of the world's highest COVID-19 death rates, exceeding that of the United States.

In Stockholm, bars and restaurants are filled with people enjoying the spring sun after a long, dark winter. Schools and gyms are open. Swedish officials have offered public-health advice but have imposed few sanctions. No official guidelines recommend that people wear masks.

During the pandemic's early stages, the government and most commentators proudly embraced this "Swedish model," claiming that it was built on Swedes' uniquely high levels of "trust" in institutions and in one another. Prime Minister Stefan Löfven made a point of appealing to Swedes' self-discipline, expecting them to act responsibly without requiring orders from authorities.

According to the World Values Survey, Swedes do tend to display a unique combination of trust in public institutions extreme individualism. As sociologist Lars Trägårdh has put it, every Swede carries his own policeman on his shoulder.

But let's not turn causality on its head. The government did not consciously design a Swedish model for confronting the pandemic based on trust in the population's ingrained sense of civic responsibility. Rather, actions were shaped by bureaucrats and then defended after the fact as a testament to Swedish virtue.

In practice, the core task of managing the outbreak fell to a single man: state epidemiologist Anders Tegnell at the National Institute of Public Health. Tegnell approached the crisis with his own set of strong convictions about the virus, believing that it would not spread from China, and later, that it would be enough to trace individual cases coming from abroad.

Hence, the thousands of Swedish families returning from late-February skiing in the Italian Alps were strongly advised to return to work and school if not visibly sick, even if family members were infected. Tegnell argued that there were no signs of community transmission in Sweden, and therefore no need for more general mitigation measures. Despite Italy's experience, Swedish ski resorts remained open for vacationing and partying Stockholmers.

Between the lines, Tegnell indicated that eschewing draconian policies to stop the spread of the virus would enable Sweden gradually to achieve herd immunity. This strategy, he stressed, would be more sustainable for society.

Through it all, Sweden's government remained passive. That partly reflects a unique feature of the country's political system: a strong separation of powers between central government ministries and independent agencies. And, in "the fog of war," it was also convenient for Löfven to let Tegnell's agency take charge. Its seeming confidence in what it was doing enabled the government to offload responsibility during weeks of uncertainty. Moreover, Löfven likely wanted to demonstrate his trust in "science and facts," by not – like U.S. President Donald Trump – challenging his experts.

It should be noted, though, that the state epidemiologist's policy choice has been strongly criticized by independent experts in Sweden. Some 22 of the country's most prominent professors in infectious diseases and epidemiology published a commentary in Dagens Nyheter calling on Tegnell to resign and appealing to the government to take a different course of action. 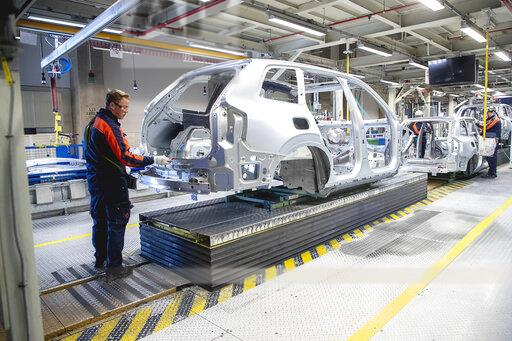 By mid-March, and with wide community spread, Löfven was forced to take a more active role. Since then, the government has been playing catch-up. From March 29, it prohibited public gatherings of more than 50 people, down from 500, and added sanctions for noncompliance. Then, from April 1, it barred visits to nursing homes, after it had become clear that the virus had hit around half of Stockholm's facilities for the elderly.

Sweden's approach turned out to be misguided for at least three reasons. However, virtuous Swedes may be, there will always be free riders in any society, and when it comes to a highly contagious disease, it doesn't take many to cause major harm. Moreover, Swedish authorities only gradually became aware of the possibility of asymptomatic transmission, and that infected individuals are most contagious before they start showing symptoms. And, third, the composition of the Swedish population has changed.

After years of extremely high immigration from Africa and the Middle East, 25 percent of Sweden's population – 2.6 million of a total population of 10.2 million – is of recent non-Swedish descent. The share is even higher in the Stockholm region. Immigrants from Somalia, Iraq, Syria, and Afghanistan are highly overrepresented among COVID-19 deaths. This has been attributed partly to a lack of information in immigrants' languages. But a more important factor seems to be the housing density in some immigrant-heavy suburbs, enhanced by closer physical proximity between generations.

It is too soon for a full reckoning of the effects of the "Swedish model." The COVID-19 death rate is nine times higher than in Finland, nearly five times higher than in Norway, and more than twice as high as in Denmark. To some degree, the numbers might reflect Sweden's much larger immigrant population, but the stark disparities with its Nordic neighbors are nonetheless striking. Denmark, Norway, and Finland all imposed rigid lockdown policies early on, with strong, active political leadership.

Now that COVID-19 is running rampant through nursing homes and other communities, the Swedish government has had to backpedal. Others who may be tempted by the "Swedish model" should understand that a defining feature of it is a higher death toll.