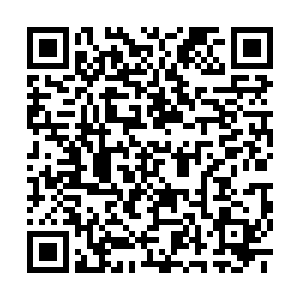 Chinese State Councilor and Foreign Minister Wang Yi reiterated unity in the fight against the deadly coronavirus on Friday during his phone call with Emmanuel Bonne, diplomatic counselor to French President Emmanuel Macron.

The senior Chinese diplomat called on China and France – both permanent members of the United Nations Security Council (UNSC) – to play a role at this "crucial time that will decide the destiny of mankind."

Bonne, on his part, first appreciated medical supplies dispatched by the Chinese government. The French official also voiced firm support to the World Health Organization (WHO) and its chief Tedros Adhanom.

The French side would like to strengthen cooperation with China in international epidemic control and explore a plan for the world to work together, he said.

The same day, Wang also spoke to officials from Senegal and Cyprus.

Mentioning the deep brotherhood China shared with the people of Africa, Wang told Senegalese Foreign Minister Amadou Ba China is now planning to dispatch another round of medical supplies, along with experts, to the virus-hit hard African countries.

Earlier, China has sent out two groups of medical experts to Ethiopia and Burkina Faso, respectively, under the request of the WHO and the African Union. In addition, China has been actively sharing information with African medical workers, with a total of 14 video conferences made so far.

"China has kept its promise, treating Africans staying in the country as family members," Wang said in the phone call according to a news release.

Ba appreciated China's assistance during this hard time. He touched on the severe situation Africa is going through right now, and hoped for continuous support from China.

In his conversation with Cypriot Foreign Minister Nikos Christodoulides, Wang vowed to share its experience of known COVID-19 cases thoroughly, while actively providing support to the country.

Wang also discussed the recent distorted remarks that looked to discredit China's assistance to the international community, and said those statements "will not win support."

Christodoulides spoke highly of China's efforts, calling it "a model for the world in epidemic prevention."

The Cypriot official told Wang that his country hopes to strengthen its friendship with China.