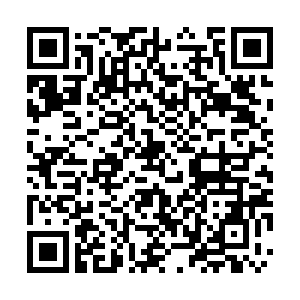 "Hello, your breakfast is here!"

Every morning at 9 a.m., Angolan volunteer Rufino Eugenio Guilherme dons a protective suit to deliver food to each quarantine room and take away the trash at Guangzhou Headquarter International Hotel, Huangpu District.

Rufino, who hails from the Southern African nation of Angola, is a fourth-year student at the School of International Education at South China University of Technology.

He has been in China for five years and lives in Huangpu District, Guangzhou City, southern China's Guangdong Province. When Rufino saw the announcement recruiting volunteers in his community three days ago, he signed up immediately. 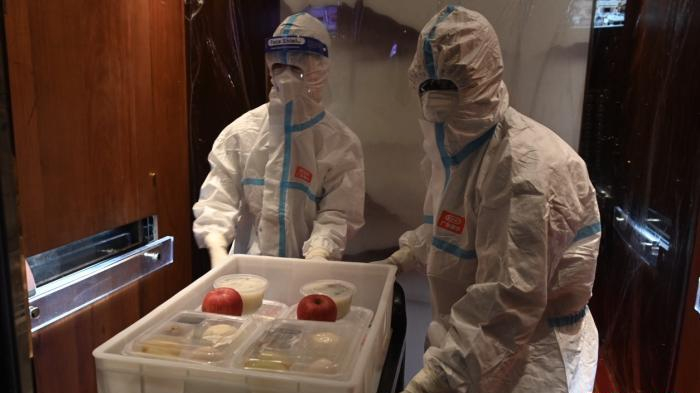 Angolan volunteer Rufino Guilherme and another volunteer deliver food to people in a designated hotel in Guangzhou City. /Chinanews

Angolan volunteer Rufino Guilherme and another volunteer deliver food to people in a designated hotel in Guangzhou City. /Chinanews

Rufino said after the outbreak of the novel coronavirus, he received good services from Huangpu District and wanted to do his part to give back to the community.

"I am very happy to do the job that I am doing now," he said.

Rufino expressed confidence in his ability to help in the fight against COVID-19 as a foreign volunteer.

"I love Guangzhou, and I regard Guangzhou as my second home. I hope everyone is healthy!" said Rufino.

He believes his identity as an African and his proficiency in the English language can be useful in explaining the city's prevention and control measures to foreigners who visit Guangzhou during this period, as well as sharing the measures with the city's large African population, and hopes to serve as a bridge between Africans in the city and the Chinese government. 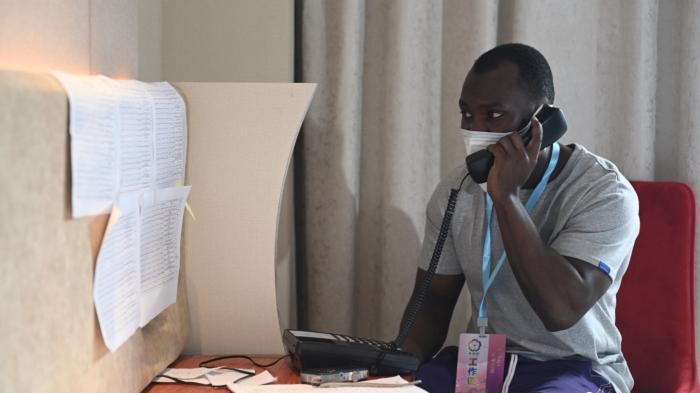 Rufino calls each foreign resident in the designated hotel daily for an update on their health. /Chinanews

Rufino calls each foreign resident in the designated hotel daily for an update on their health. /Chinanews

"If Africans come to this hotel, I can communicate with them. Here, we can help you in every possible way," Rufino said with a smile, expressing that he is ready for all foreign guests in this quarantine hotel.

As of midnight on April 17, Huangpu District has transferred up to 3,030 immigrants, including 2,063 Chinese and 967 foreigners. With 816 foreigners currently in centralized isolation, strengthening communication with foreigners and conducting necessary psychological counseling have become a new challenge for the community and isolation hotels. 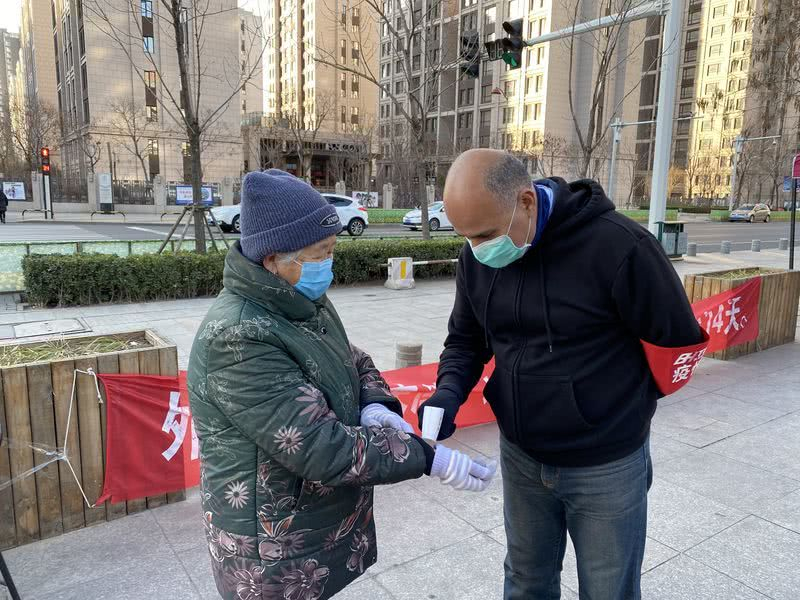 Besides Rufino, many other foreign volunteers are also working in the community or on the front line of the province's epidemic prevention and control. Namy, a Canadian who is a soccer coach at Teda International School in Tianjin City, took the initiative to join the community volunteer team, helping more than 300 foreign residents on Teda Street.

French doctor Philippe Klein, who decided to stay in Wuhan, went viral on the internet for his efforts in the fight against COVID-19.

A physician at International SOS Hospital in  Wuhan, Klein said he is "much more useful" in Wuhan than being at home, French news outlet, France 24, reported.

Klein visits patients' homes and helps with checking and tracking the health of the remaining internationals. 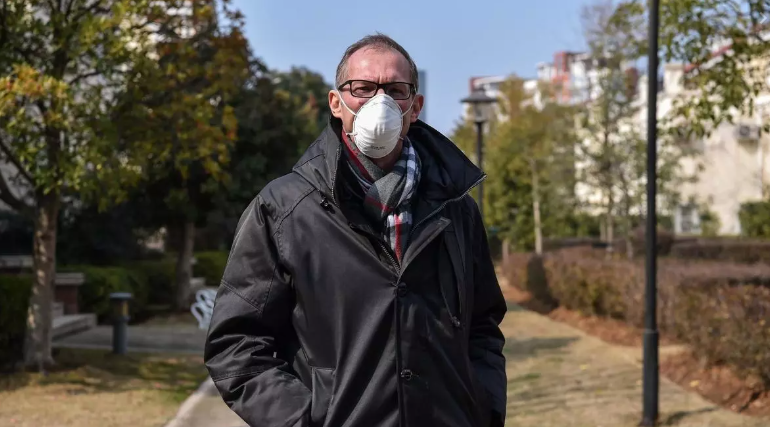 "We are foreigners, but we are not outsiders," Belgian professor Jerry Van Oudenhove from the Wuhan University of Bioengineering claimed.

As more and more touching stories of foreigners contributing to epidemic prevention in China are revealed online, Chinese netizens have expressed their appreciation toward them.

"At this moment, we need to help each other at our best. I want people to know that we all fight together to provide a safe environment for the community. And let the world know that all people, including foreigners and Chinese, are fighting as one in this pandemic," Rufino said.