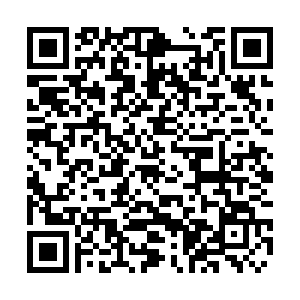 A delay by the U.S. Centers for Disease Control and Prevention (CDC) in quickly making COVID-19 test kits available was the result of "a glaring scientific breakdown" at the CDC's central lab, The Washington Post reported on Saturday.

A report, citing scientists and federal regulators, said that CDC facilities which assembled the testing kits "violated sound manufacturing practices, resulting in contamination of one of the three test components used in the highly sensitive detection process."

Though the contaminated component was "not critical to detecting the novel coronavirus," CDC officials took over a month to remove the unnecessary step from the test kits, which aggravated national delays in testing for the virus, and in turn hampered the efforts to contain the spread of the virus.

The malfunction was said to be first found in late January, when the CDC sent the first batch of test kits to 26 local public health labs across the country. False positive results were reported in 24 of them before they analyzed samples taken from patients, which raised concerns about the kits.

Benjamin N. Haynesm, a spokesman of the CDC, acknowledged substandard "quality control" in its manufacturing of the test kits in a statement on Friday.

The agency said the problems might be caused by "a design and/or manufacturing issue or possible contamination."

A senior federal scientist who reviewed the development of the kits and internal test documentation told The Post that the false positive results happened during the testing of negative control samples which contained highly purified water without genetic material.

The scientist concluded the false positives were caused by contamination that occurred at the CDC. "The bottom line is, if you have a negative sample, and it's coming up positive, the only way for that to happen is cross contamination. ... There is no other explanation for it."

The U.S. Food and Drug Administration (FDA) also concluded that the issue is a consequence of substandard manufacturing practices rather than its design after examination, saying the CDC did not make its test consistent with its own protocol.

"It's critical that the tests used work, because false results can also contribute to the spread of COVID-19," the FDA was quoted as saying.

"It's really a terrible black mark on the CDC, and the impact was devastating to the country," James Le Duc, a virologist and former CDC officer who now heads the Galveston National Laboratory in Texas, told The Post.

The issue is now under assessment by the U.S. Department of Health and Human Services, the parent agency of CDC, and more will be shared when it is completed, said CNBC citing an email with Haynesm.

As of Saturday evening, the U.S. had reported more than 732,000 cases of COVID-19, according to the latest statistics released by Johns Hopkins University.