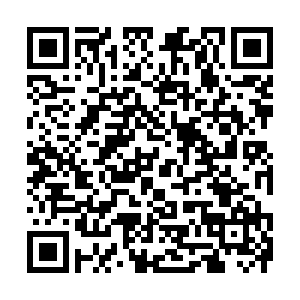 China's economy shrank the first time in decades due to the coronavirus pandemic's effect on production and consumption.

The bureau also released a slew of economic data in March, from which analysts have seen bright points and V-shaped signs, shoring up market confidence in a possible recovery as the country works hard to resume production.

CGTN talked to three economists from major banks in China to get a sense of where the country's economy is going.

An 6.8-percent drop within expectation

Though the 6.8 percent contraction made the weakest report since 1992, when the country started to use the GDP measure, the market seems unsurprised.

"It is within the expectations," said Hong Hao, head of research and chief strategist at BOCOM International, in a telephone interview with CGTN. "Because the expectations before the data was released were very volatile."

The latest Reuters poll trimmed China's GDP growth forecast for the first quarter from more than three percent to negative 6.5 percent, while Goldman Sachs forecasted that the world's second-largest economy is set to record a nine percent plunge.

"The forecasts of economic growth in our country had been very contrasting," said Lu Zhengwei, chief economist at Industrial Bank Co. Ltd., echoing Hong's views that the drop was in line with expectations.

Warming up in March

Looking at the data in March and comparing it with the two previous months, the economists believe China's economy is gradually getting back on track.

"With the resumption of work and production, data showed a month-on-month improvement in March," said Zhang Wenlang, the chief macro analyst at Everbright Securities, in an email interview with CGTN.

Both Zhang and Lu mentioned the significant rebound in industrial production in March, only 1.1 percent lower than a year ago, and the downturn narrowed 12.4 percent than the January-February period.

The drop in consumption and investment also narrowed in March, which Hong called "key areas that we will be looking at."

"We are seeing some marginal improvements in retail sales and investment sector," said Hong, adding that he hopes the investment "can go on a bit more" in second quarter. 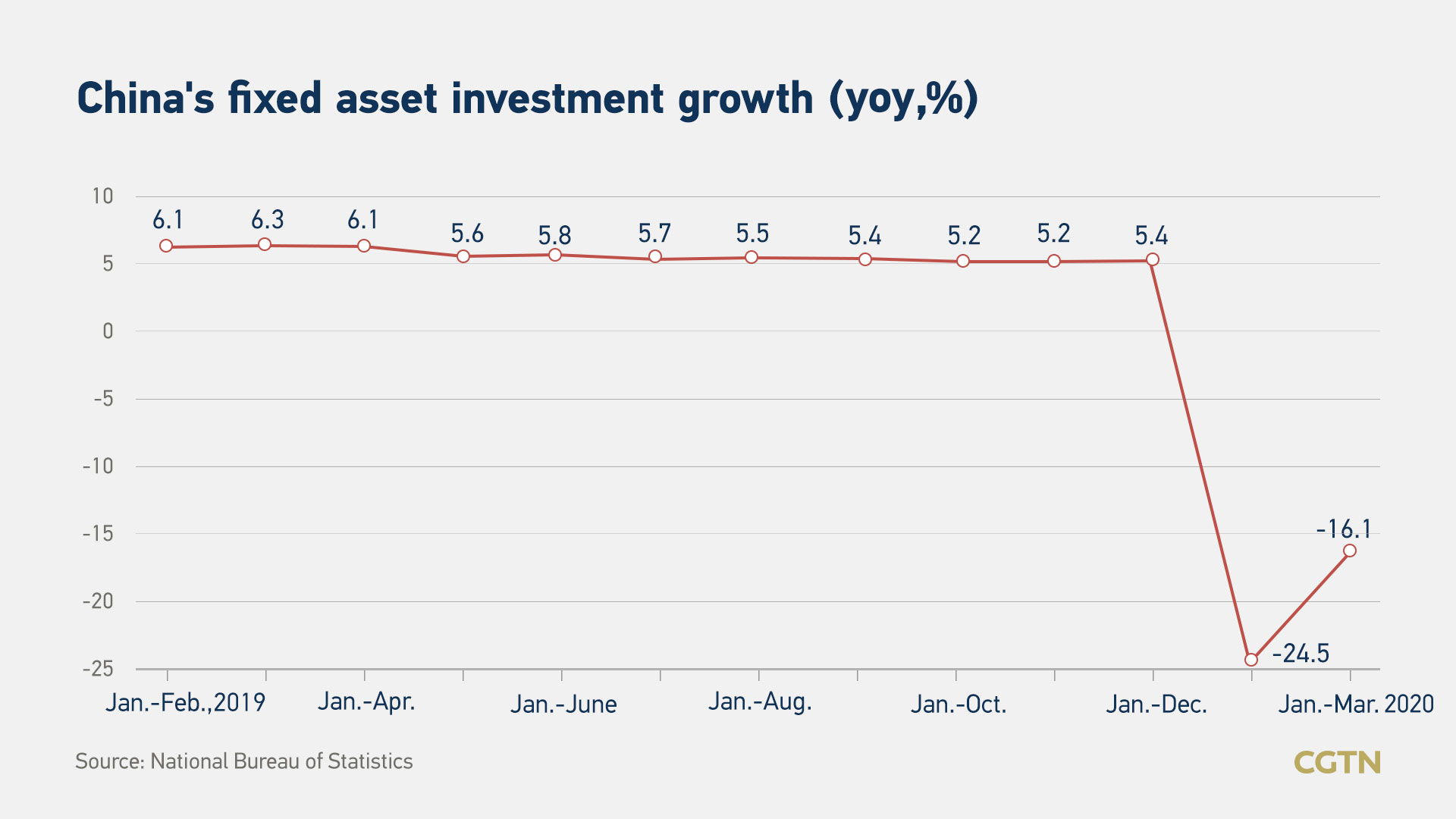 According to NBS, fixed investment saw a solid rebound and narrowed the quarterly fall to 16.1 percent, compared to a fall of 24.5 percent during the January-February period, according to NBS.

Retail sales in the month were 15.8 percent lower year-on-year, compared to the 20.5 percent fall in the previous two months.

"The entire economy has passed the bottom of the V-shape, beginning to enter the stage on the right side of the shape," Lu told CGTN. He believes China's economy has recovered between 85 and 90 percent. 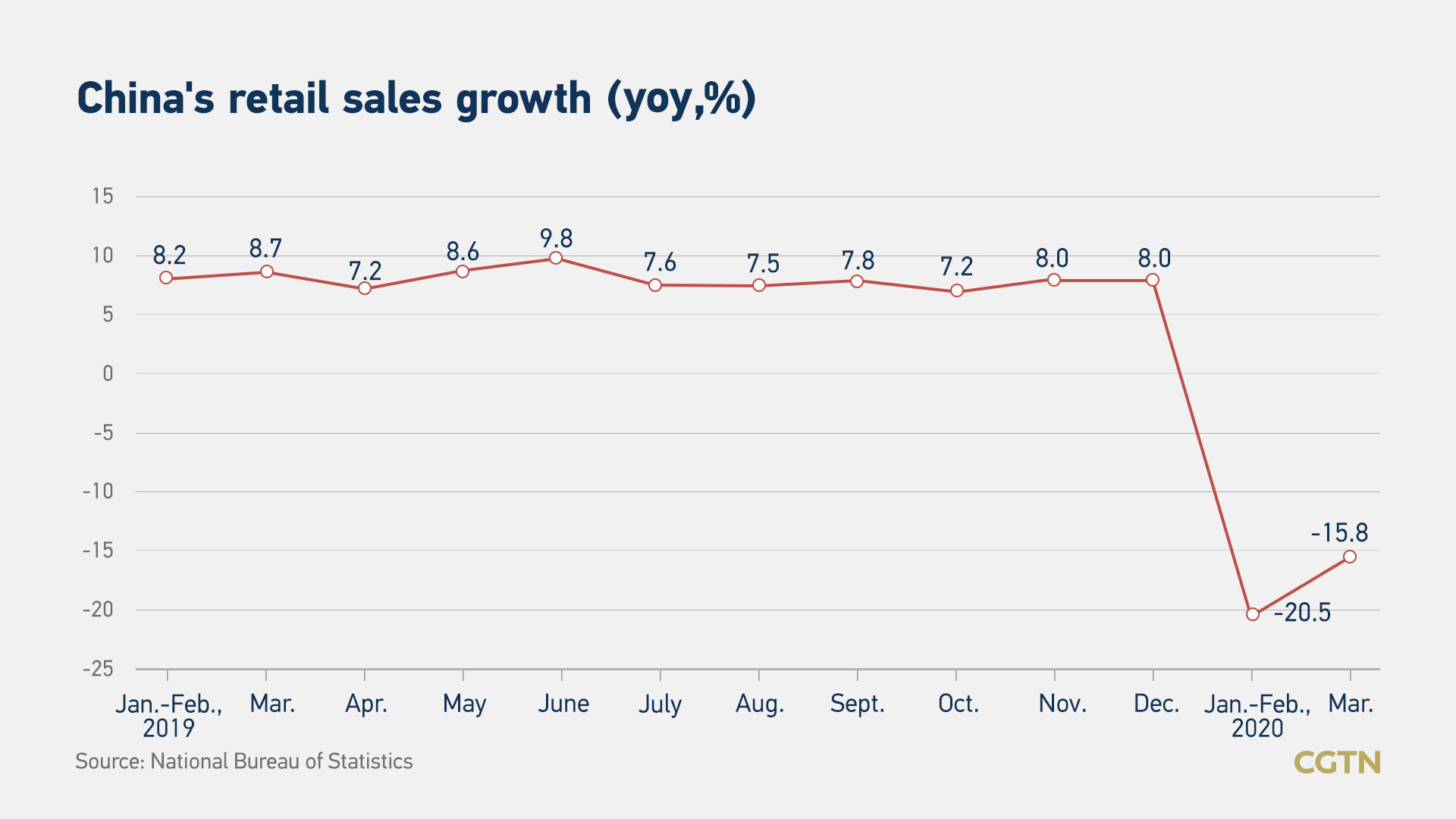 In the first quarter, the tertiary industry suffered less than the whole economy's downturn, only dropping by 5.2 percent.

"These means (sectors) tightly integrated with automation and digitalization have shown greater resilience (amid the pandemic)," stressed Lu.

However, personal consumption, especially for those that require personal contact, suffered the most. For example, the catering industry's revenue fell by 46.8 percent in March.

"Industry is better than services (amid a pandemic)," Zhang told CGTN. "The life services which depend on personal contact will be stressful, such as catering, retail, tourism, etc."

Lu holds the same opinion as Zhang. He said anything that requires human contact or gathering will recover slower.

"The next thing we have to worry about is external demand," said Lu. With no end to the pandemic in sight yet, Lu is concerned that "external demand may have an increasing impact on the Chinese economy."

Zhang and Hong have the same concern. Since Western countries are still going through what China has been through in around February, how COVID-19 will affect their economies and market demands from China is the next question. 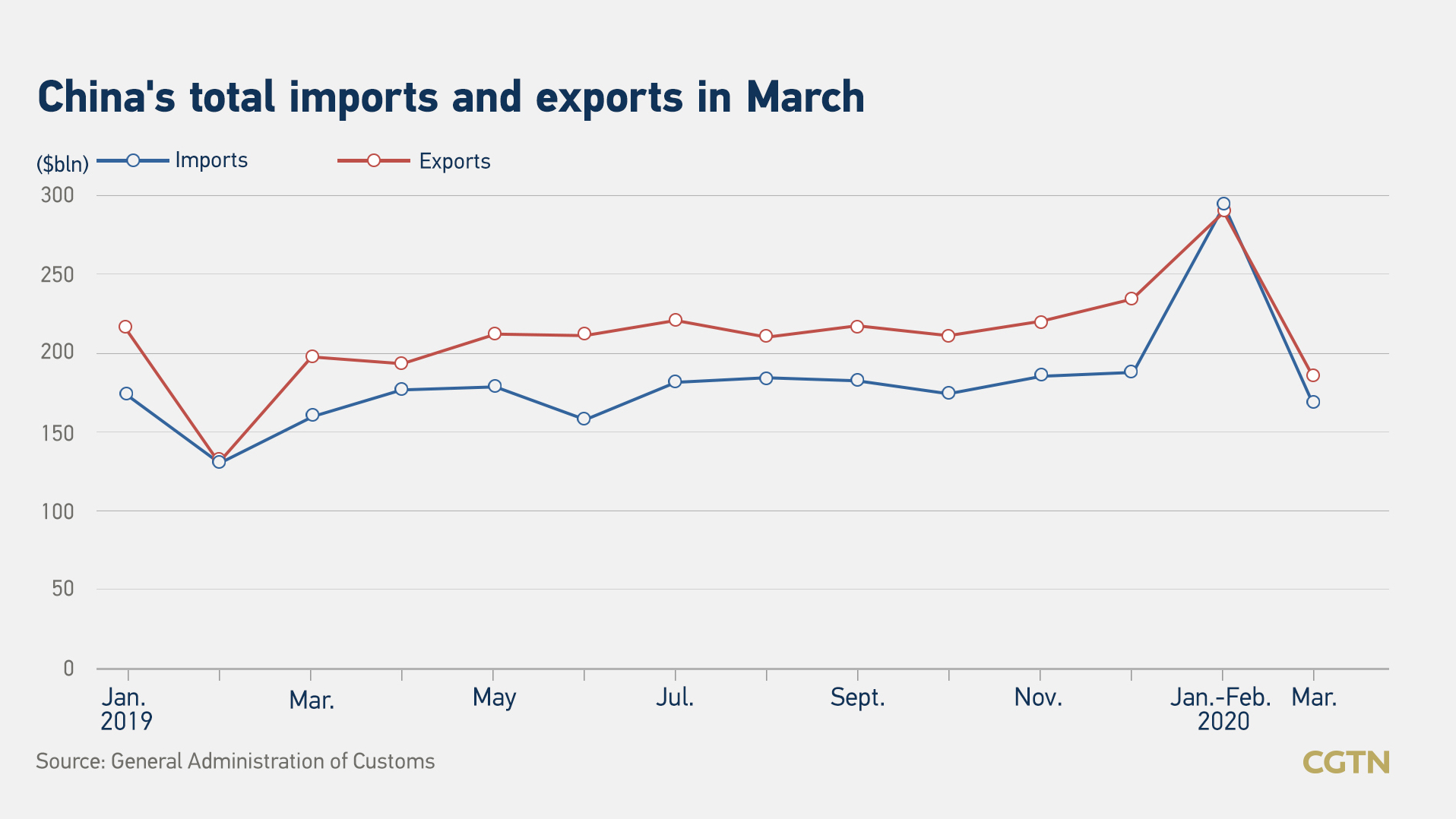 In the long term, all three economists believe, the country's economic performance for the whole year will turn positive. Hong specifically expects around one to two percent growth.

However, Lu and Hong hold different views for the second quarter. Lu said the GDP of second quarter will be positive since the resumption of production is going well in China, and the related stimulus policies have already been issued. But Hong thinks the second quarter will be relative to the first quarter because the country is "still dealing with collecting the extent of demand," and it needs time for the consumption to go back to its previous levels.