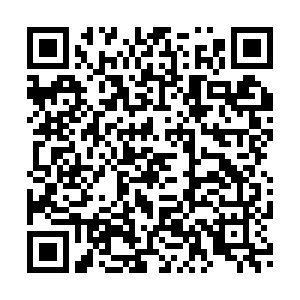 The Office of the Commissioner of the Chinese Foreign Ministry in the Hong Kong Special Administrative Region (HKSAR) Sunday refuted U.S. politicians who openly attempted to exonerate anti-China troublemakers in Hong Kong.

In a statement issued on its website, the spokesperson for the commissioner's office stressed that Hong Kong police were enforcing the law, upholding the rule of law in Hong Kong, and exercising power mandated by the Basic Law in taking legal action against those suspected of organizing and participating in unauthorized assemblies.

"It is completely reasonable and legitimate, and foreign countries have no right to interfere," the spokesperson added. 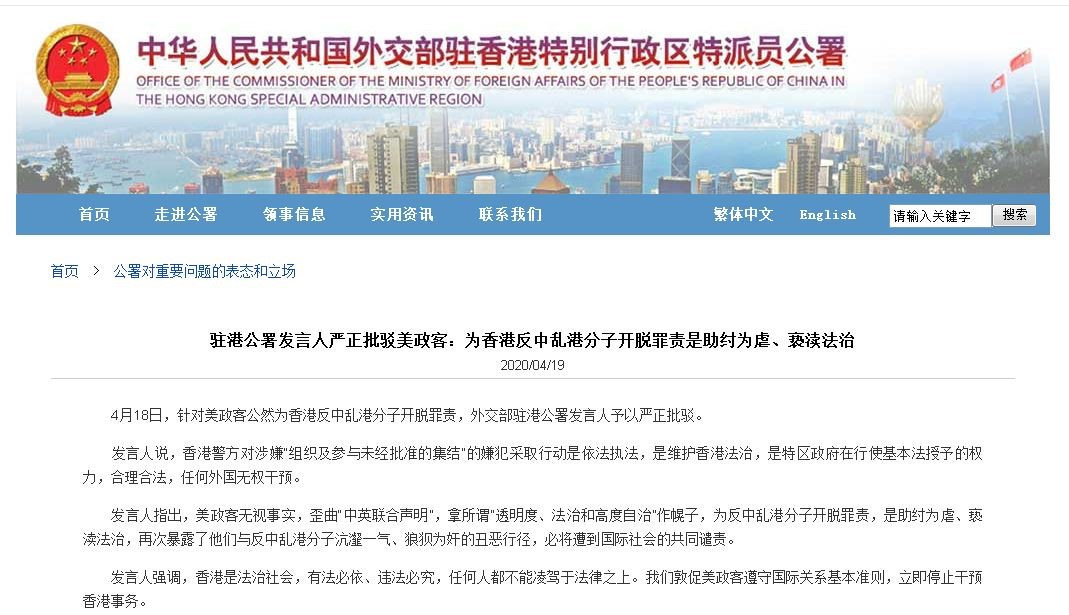 Screenshot of the statement released by the Office of the Commissioner of the Chinese Foreign Ministry on its website, April, 19, 2020.

Screenshot of the statement released by the Office of the Commissioner of the Chinese Foreign Ministry on its website, April, 19, 2020.

Noting that the U.S. politicians are condoning evil and making a travesty of the rule of law by ignoring the facts and distorting the Sino-British Joint Declaration, the spokesperson pointed out these are all attempts to exonerate anti-China troublemakers in Hong Kong on the pretext of "transparency", "the rule of law" and "a high degree of autonomy".

"It serves as another evidence of their collusion with the local troublemakers, which deserves condemnation by the entire international community," the statement said.

The spokesperson also emphasized that Hong Kong is a region governed by the rule of law, where laws shall be strictly observed and lawbreakers prosecuted, and nobody is above the law.