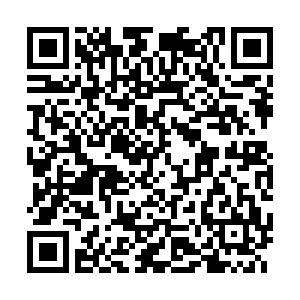 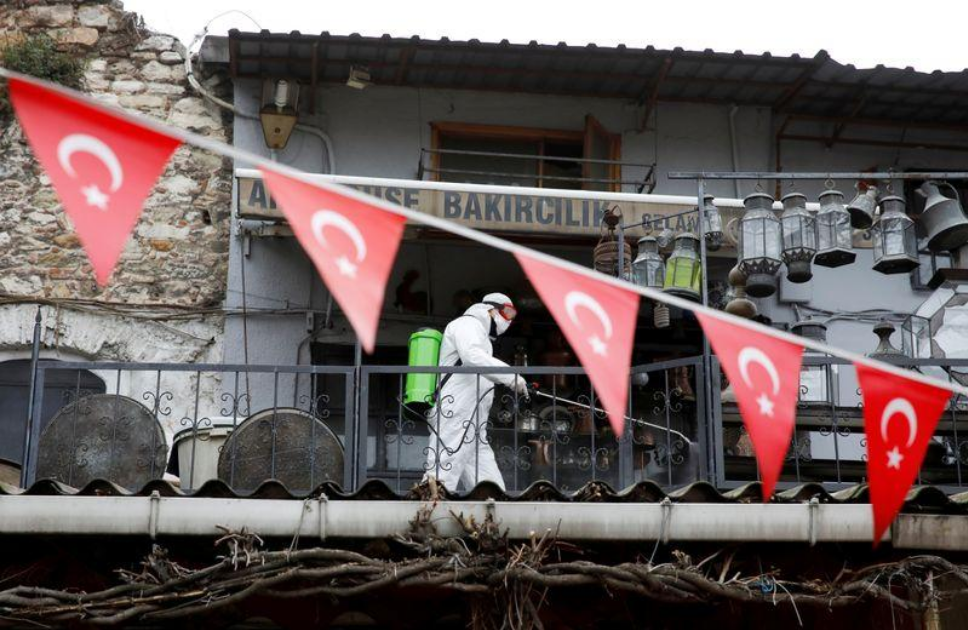 A worker in a protective suit sprays disinfectant at Grand Bazaar, known as the Covered Bazaar, to prevent the spread of coronavirus, in Istanbul, Turkey, March 25, 2020. /Reuters

A worker in a protective suit sprays disinfectant at Grand Bazaar, known as the Covered Bazaar, to prevent the spread of coronavirus, in Istanbul, Turkey, March 25, 2020. /Reuters

Turkey's confirmed coronavirus cases have risen to 82,329, Health Minister Fahrettin Koca said on Saturday, overtaking neighboring Iran for the first time to register the highest total number of cases in the Middle East.

The Interior Ministry also said it was extending restrictions on travel between 31 cities for another 15 days starting at midnight on Saturday.

Meanwhile, Iran allowed some businesses in the capital city of Tehran to re-open on Saturday as the country's daily death toll from the new coronavirus fell to 73, its lowest since March 12. This brought the total death toll to 5,031, Health Ministry spokesman Kianush Jahanpour said.

Saturday marked the fifth consecutive day with a death toll under 100 in Iran, one of the worst-hit countries in the Middle East.

The total number of people diagnosed with COVID-19, the disease caused by the new virus, reached 80,868 as the country recorded 1,374 new cases in the past 24 hours, the spokesman said on state TV.

So-called low-risk businesses – including many shops, factories and workshops – resumed operations in Tehran, a week after re-opening in the rest of the country, state television said.

Television footage showed health inspectors visiting shops and reminding a baker that he was required to wear a mask despite working near a hot oven. Other inspectors were seen controlling stores where employees handed out gloves to customers.

Meanwhile, Supreme Leader Ayatollah Ali Khamenei said in a fatwa, or religious ruling, that believers may abstain from fasting during the Muslim holy month of Ramadan if it threatens their health.

"The fast is a religious necessity and a pillar of Islamic law and it is not permissible to abstain from fasting ... unless one has a rational belief that fasting may cause a sickness, worsen a disease or prolong it," Khamenei said in the ruling published on his official website.

In a speech earlier this month, Khamenei called on Iranians to create the sense of Ramadan in their homes, since public gatherings are likely to be banned because of the coronavirus outbreak when the fasting month starts around April 23.

However, a parliamentary report released earlier this week suggested the coronavirus death toll might be almost double the figure announced by the Health Ministry, and the number of infections eight to 10 times more.

Many government offices had already re-opened last week, with one-third of their staff working from home.

There was heavy traffic in Tehran on Saturday and people applying for state support crowded some offices, drawing warnings from officials about a resurgence of the virus.

"The coronavirus is still in an epidemic stage in Tehran ... and the heavy traffic is a cause of increased concern," state media quoted Alireza Zali, head of the government-run coronavirus task-force in the capital, as saying.

High-risk businesses including theaters, gyms, saunas, beauty salons and shopping centers have yet to re-open, and restaurants are open only for take-away orders.

Schools and universities remain closed, and a ban on cultural, religious and sports gatherings has been imposed. 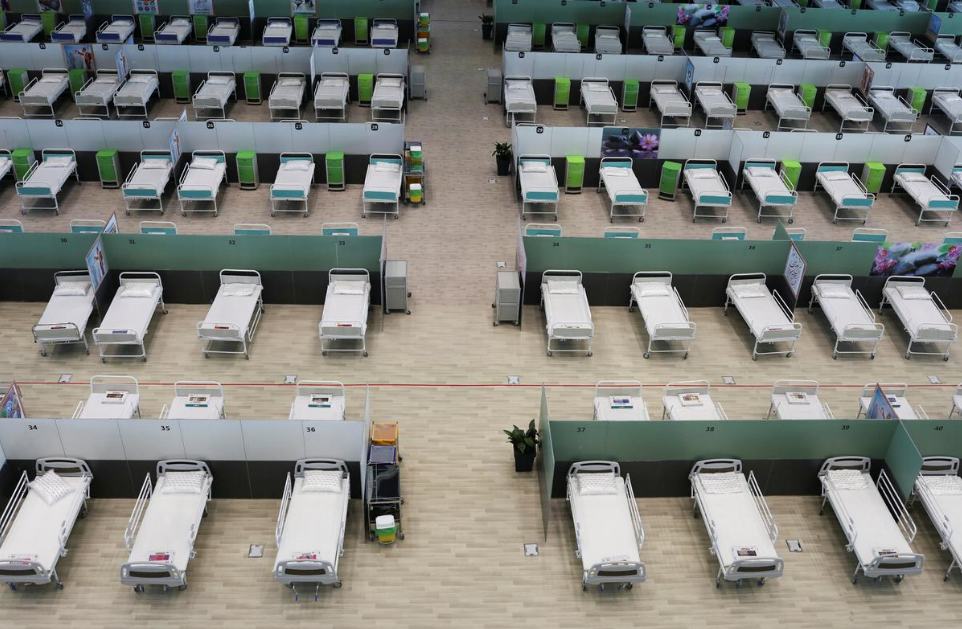 A view of beds at a shopping mall, one of Iran's largest, which has been turned into a center to receive COVID-19 patients, in Tehran, Iran, April 4, 2020. /Reuters

A view of beds at a shopping mall, one of Iran's largest, which has been turned into a center to receive COVID-19 patients, in Tehran, Iran, April 4, 2020. /Reuters

Separately, Israel will also gradually ease its coronavirus lockdown from Sunday by letting some businesses reopen and relaxing curbs on movement after a slowdown in infection rates, Prime Minister Benjamin Netanyahu said.

The measures have battered Israel's economy, forced many businesses to close and sent unemployment above 25 percent.

But in televised remarks, Netanyahu said Israel had "succeeded in (its) mission so far" in combating the pandemic and argued that the restrictions had "proven themselves in a slowdown" in infection rates.

"Our good results enable us today to start taking steps in the opposite direction – not a tightening, but an easing," he said on Saturday.

Israel had reported at least 164 deaths and nearly 13,300 cases of COVID-19 as of Saturday evening.

However, infection rates have generally declined over the past two weeks, according to data from the Israeli Health Ministry.

New cases peaked on March 31 at 741 but have since more than halved, with 271 new cases recorded on April 17, ministry data showed.

Beginning on Sunday, workplace staffing levels can increase to 30 percent from 15 percent, and some shops will be allowed to reopen, though malls and large markets will remain closed, Netanyahu said.

From the start of the crisis, Israelis have been allowed to travel to grocery stores, pharmacies and some workplaces, but were prohibited from walking more than 100 meters from their homes.

Under the new rules, the 100-meter restriction will be expanded to 500 meters, the prime minister said. Open-air prayers in groups of 10 will also be permitted, though worshippers must maintain social distancing and wear face masks, he added.

Schools, except for limited special education classes, will remain closed.