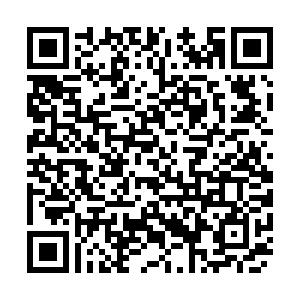 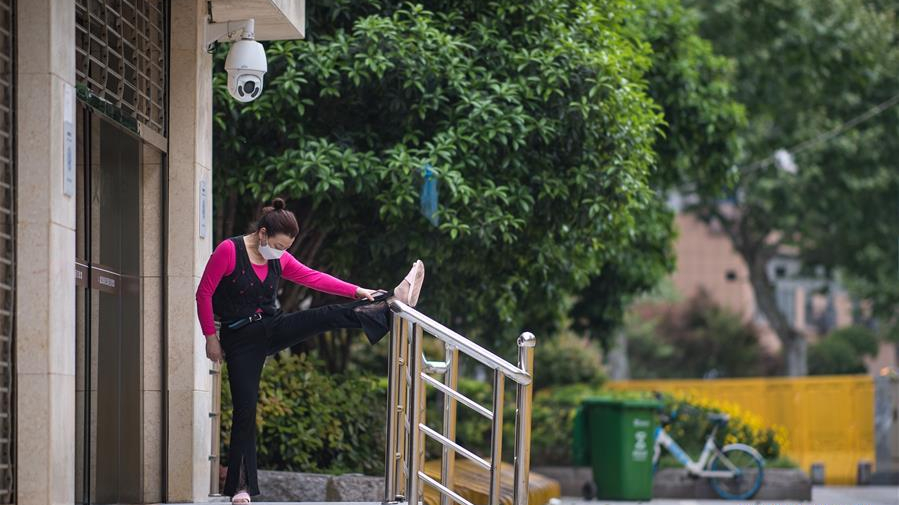 Editor's note: Wang Xiao is a journalist of China Plus. The article reflects the author's views and not necessarily those of CGTN.

Make no mistake, Wuhan in central China has just completed a 76-day epidemic lockdown that has echoes of a 17th century historic event that involved a plague-hit village in central England, whose residents self-quarantined for 14 months.

While there are differences in the details, both were essentially heroic epic tales of mutual assistance. They illustrate the humanity and self-sacrifice that the late U.S. President John F. Kennedy historically said at his inauguration: "Ask not what your country can do for you, ask what you can do for your country."

Both Eyam and Wuhan were caught unprepared by a deadly disease.

COVID-19 was at first unknown to Wuhan and the entire world, just as the flea-transmitted bubonic plague which was spotted by the villagers of Eyam 355 years ago.

We'll never know precisely how people in that remote English village were overwhelmed, scared, confused and panicked or how much they debated over what to do.

This time, Wuhan became the first "village" to encounter an outbreak on the eve of the country's most important festival.

At first, doctors were at a loss, so they took different approaches.

Some acted quickly by gathering patients in separate places, others hesitated and wanted more time to unlock the genetic code of this new virus. Still others, like Dr. Li Wenliang, alerted their colleagues and families against a new SARS, or SARS-like, pneumonia.

Both Eyam and Wuhan realized they had to do something but didn't know exactly what.

After the initial panic and debate had settled down, both Eyam and Wuhan chose massive self-quarantine – for Eyam that lasted 14 months, while Wuhan was locked down for 76 days.

Some residents might have escaped, but most remained at home to protect themselves and stop the disease from spreading further. Both succeeded.

The surrounding area around Eyam was spared from the outbreak. Likewise, infections and deaths across Hubei Province and China were far fewer than Wuhan. It also offered a buffer zone of weeks that gave the world time to prepare by learning from Wuhan's experiences. 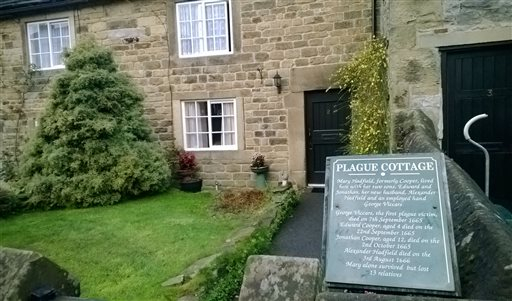 Neither Eyam nor Wuhan was abandoned and forgotten.

Eyam villagers received assistance from outside, including food, medicine and other supplies donated by people in nearby areas. These supplies were placed outside the village. Similarly, those quarantined at home in Wuhan were supplied with daily necessities through deliveries to each community.

In both cases, there were coordination and joint efforts from inside and out.

In public health emergencies such as these, mistakes are unavoidable. In Wuhan, there were complaints of mishandling, chaos, late responses, and insufficient testing early on that led to inadequate diagnosis of infections and contact tracing.

Wuhan writer Fangfang recorded many mishaps during the early days in her 60-day diaries. Others shared videos and messages about later improvements and how people comforted and encouraged each other.

When the first "village" comes under attack from an unknown virus, people can only learn to adapt and improve their ways of coping by correcting earlier mistakes. It's likely the heroes in Eyam experienced the same during their lengthy isolation. Life must have been even harder without any instant communication methods or easy transportation for material supplies.

Eyam is crowned with eternal glory for its heroic acts of self-sacrifice. Sadly, when we have modern technology, Wuhan is both respected and criticized. Its authorities are blamed by politicians and media outlets for restricting human liberties, cover-ups and underreporting.

Wuhan was the first to spot the danger and it fought back. It had nothing for reference. Who can guarantee they would not make any missteps if they were in the situation?

Indeed, the examples of lack of response have been seen in many countries even though they had several weeks to prepare and experience to learn from, both offered by Wuhan.

History repeats from Eyam to Wuhan, from 1665 to 2020, from West to East. There is great humanity in both epics. Some may find it hard to say they are in debt to Wuhan, but they must at least be fair. When criticizing specific mistakes, never ignore the overall picture of 10 million Wuhan residents fighting for 76 days and the more than 3,000 lives lost forever.