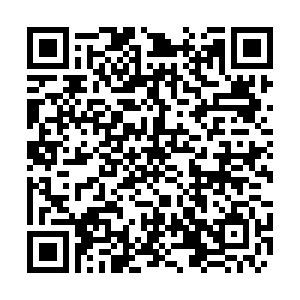 The Chinese mainland reported 12 more COVID-19 cases on Sunday, eight of which were arrivals from abroad while four are domestic cases, according to the National Health Commission.

The total number of confirmed cases on the Chinese mainland stands at 82,747. The cumulative death toll is 4,632, and 990 asymptomatic patients are under medical observation.

On Sunday, Chinese health authorities said 22 patients were discharged from hospitals, bringing the total number of recovered cases to 77,084.

The latest numbers for the total confirmed cases in the Hong Kong and Macao special administrative regions and Taiwan region are as follows: 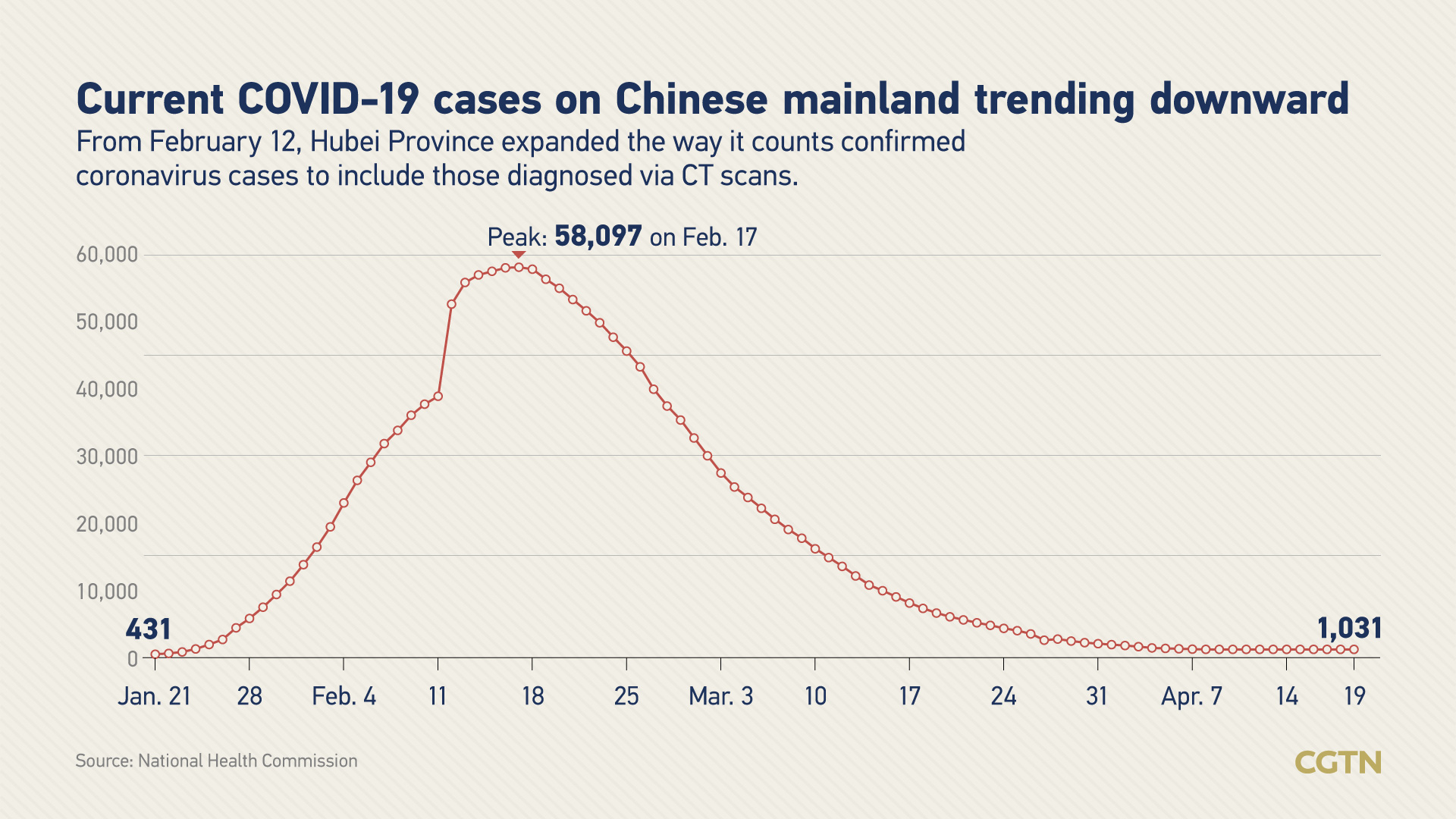 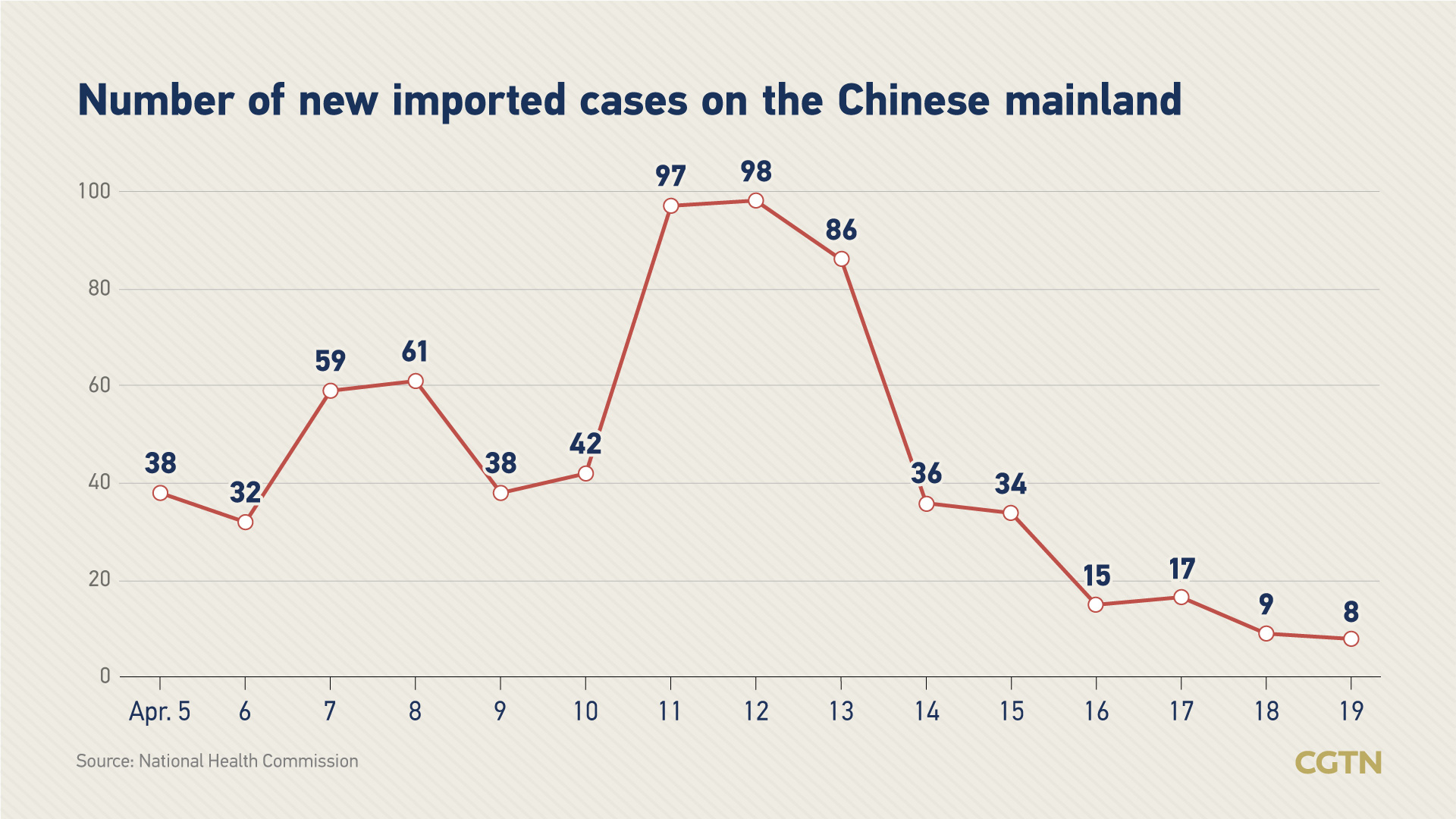 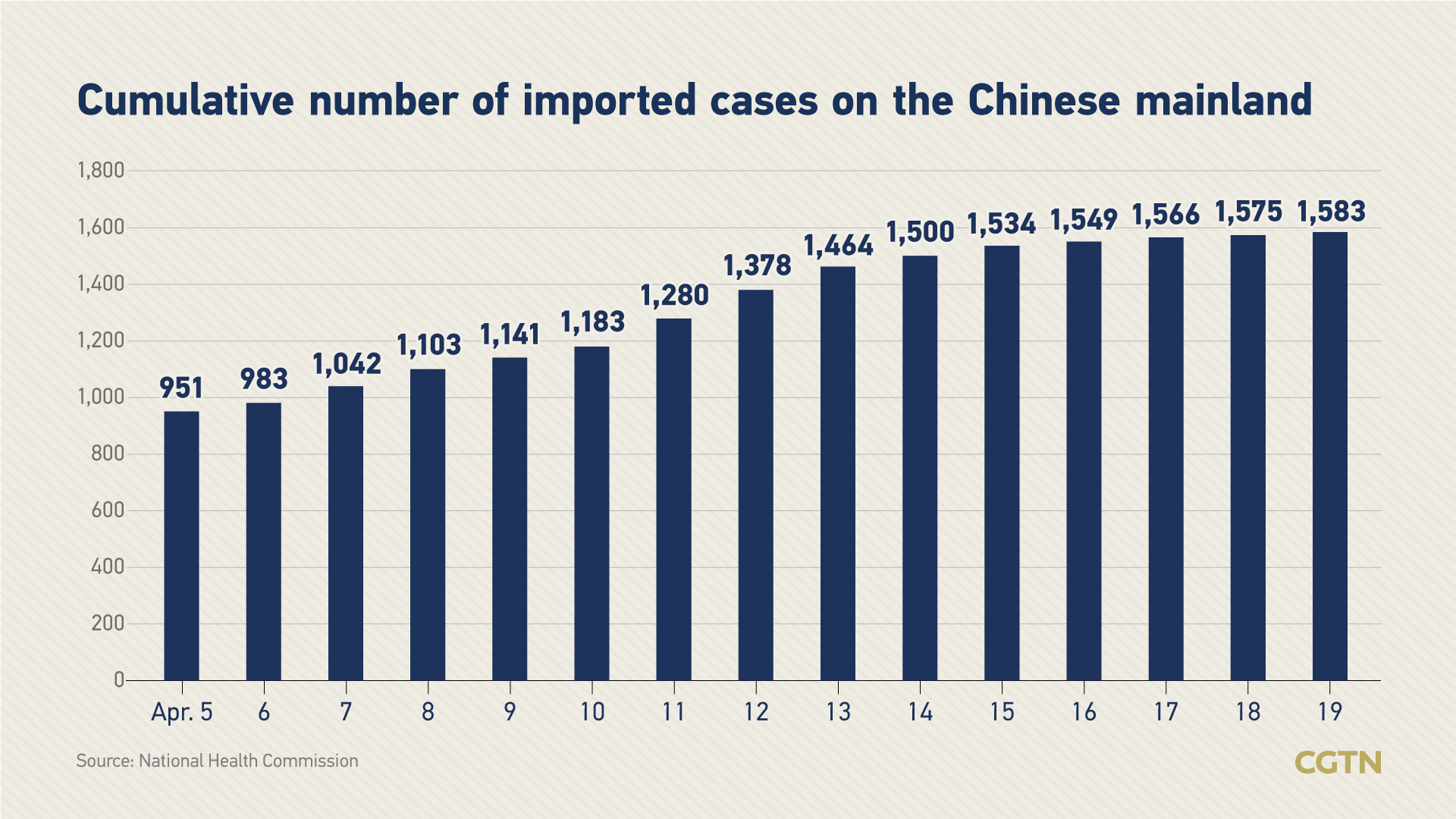 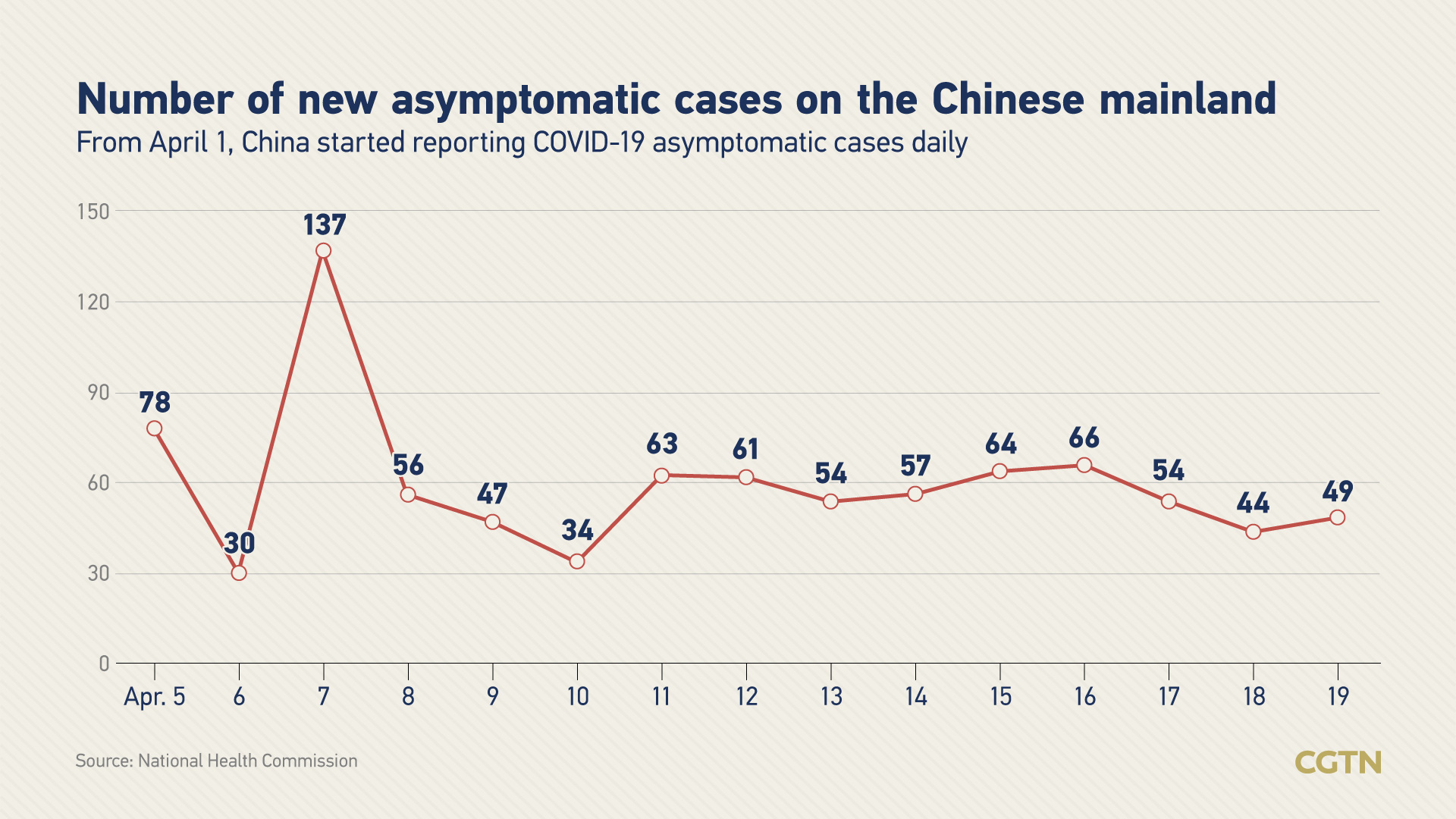