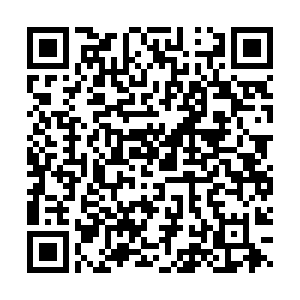 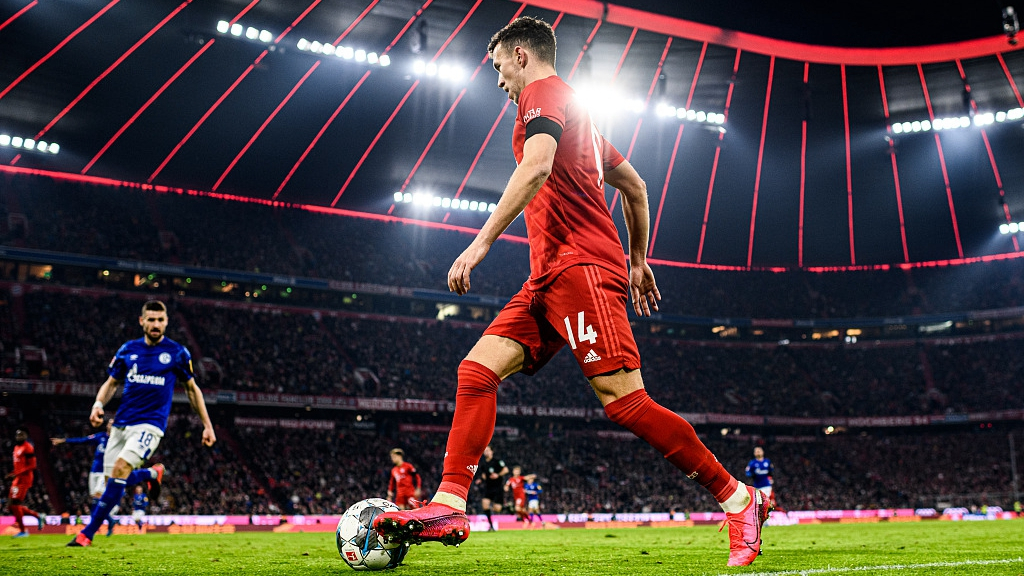 Germany's top-flight could be the first of the world's elite football leagues to emerge from the COVID-19 crisis as regional government officials of the country's biggest states have voiced their support for the proposal to restart the Bundesliga without spectators as early as May 9.

"A weekend with football is much more bearable than a weekend without football," Markus Soder, the prime minister of Bavaria, told German newspaper Bild on Monday. "It is a tightrope walk. We now have to be careful not to overdo it or be frivolous."

"Games with crowds in the stadium are completely unthinkable. Buti it is conceivable that we might be able to play such a round of 'ghost games' from May 9," Soder added, using the German term for matches played in empty stadiums.

Prime Minister of North Rhine-Westphalia Armin Laschet echoed Soder's sentiments, saying "I could imagine that we could return to games behind closed doors. The prerequisite is that there is a well thought-out concept."

German Football League (DFL) CEO Christian Seifert sounded a similarly optimistic note on Monday. "These are positive signals that have been sent. Politics trust us, and we and the players in particular must now be role models," he said. 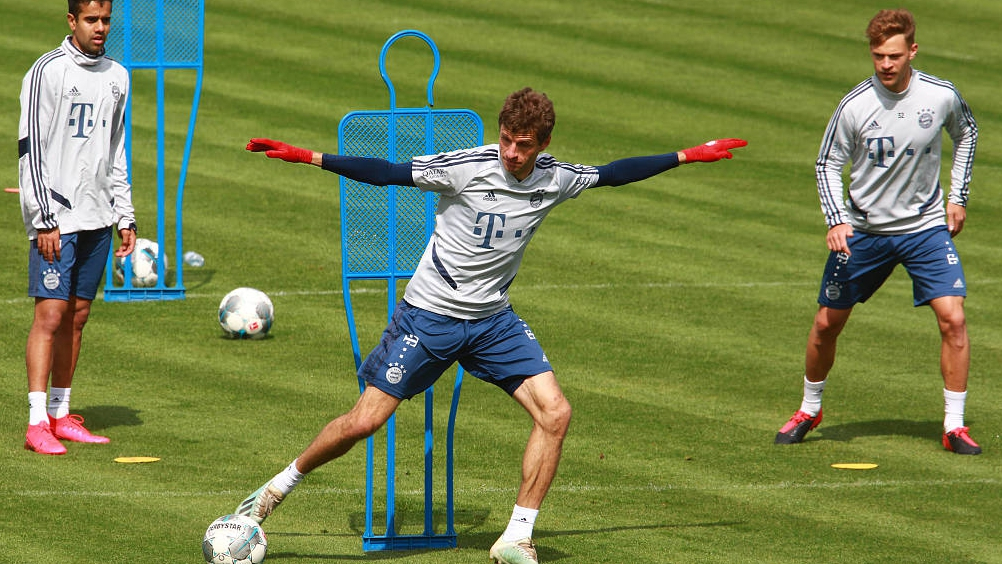 League champions Bayern Munich are one of the first teams to return to training, Germany, April 20, 2020. /VCG

League champions Bayern Munich are one of the first teams to return to training, Germany, April 20, 2020. /VCG

Seifert also warned against complacency or relaxing social distancing rules too early. "This has a lot to do with hygiene measures and exemplary handling of social contacts. It is important to be disciplined, not only for the employer, but also for the fans," he added.

According to Kicker magazine, German Football Association President Fritz Keller stressed that resuming league play would not mean taking resources away from healthcare workers, saying "there will be no use by sportspeople of testing capacity which would be missed elsewhere."

"We are very much aware that football without fans lacks its heart. From discussions and feedback from fan organizations, I know how much it hurts fans that they cannot support their clubs in the stadium," observed Keller.

German football was suspended on March 13 to help reduce the spread of COVID-19, which currently has more than 141,000 confirmed cases and over 4,400 deaths as a result of the pandemic.

Bundesliga clubs are desperate for the season to be finished by June 30 to secure an installment of television money, reportedly worth around 326 million U.S. dollars. 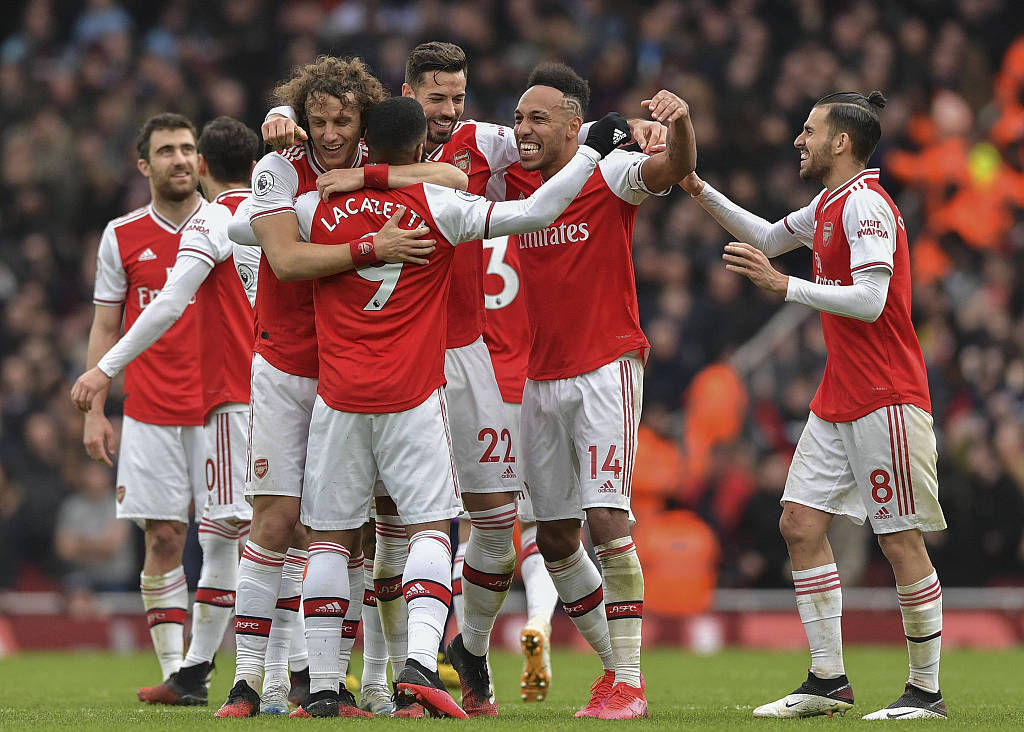 Arsenal players have agreed a pay cut and will receive some of the money back if they hit targets on the pitch. /VCG

Arsenal players have agreed a pay cut and will receive some of the money back if they hit targets on the pitch. /VCG

Elsewhere in England, Arsenal have announced that first-team players, manager Mikel Arteta and core coaching staff have agreed to take pay cuts of up to 12.5 percent, becoming the first Premier League team to accept such a proposal amid the pandemic.

"We are pleased to announce that we have reached a voluntary agreement with our first-team players, head coach and core coaching staff to help support the club at this critical time," Arsenal said in a statement on Monday.

"The move follows positive and constructive discussions. In these conversations there has been a clear appreciation of the gravity of the current situation caused by the COVID-19 pandemic and a strong desire for players and staff to show their backing for the Arsenal family."

"We are proud and grateful to our players and staff for pulling together to support our club, our people and our community in these unprecedented times which are some of the most challenging we have faced in our history," it added.

Arsenal's move comes after the Premier League asked all clubs to put a 30 percent pay cut to players but the Professional Footballers' Association rejected, saying that would affect tax contributions to the National Health Service (NHS). 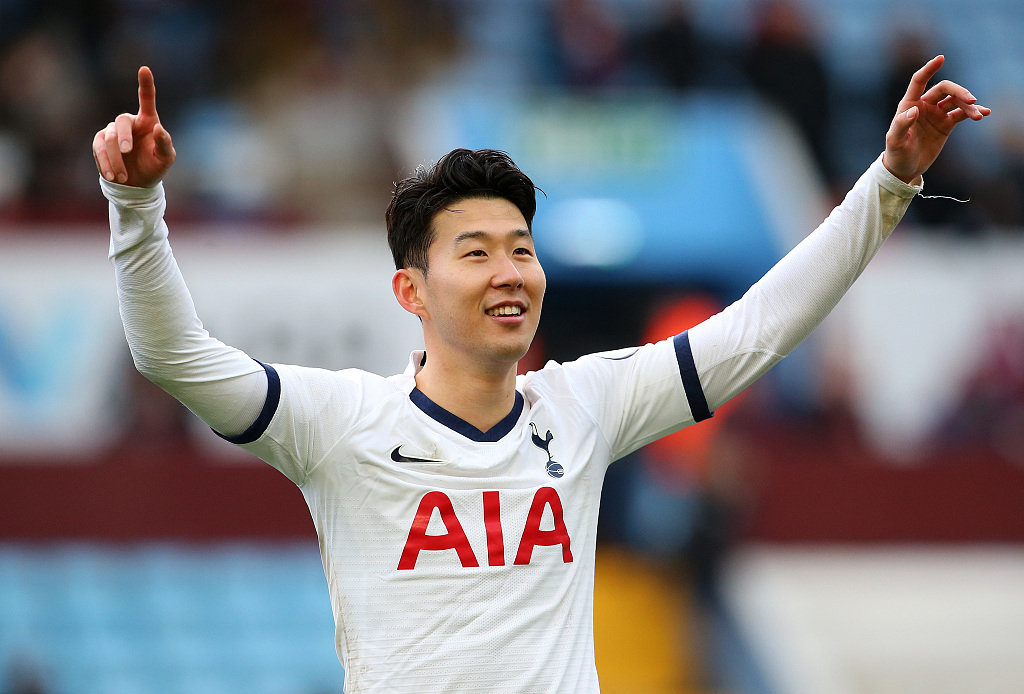 Watford, Southampton and West Ham are the other Premier League clubs to have agreed wage deferrals with their first-team squads.

Meanwhile, Tottenham Hotspur striker Son Heung-min has begun a three-week period of mandatory military service in South Korea as COVID-19 has forced the suspension of the Premier League.

Yonhap News Agency revealed on Monday that the 27-year-old Asian superstar will be exposed to tear gas, go on hikes and receive weapons training during his stint with the marines and is expected to return to London by the end of May.