Is China to blame for the COVID-19 pandemic?
CGTN 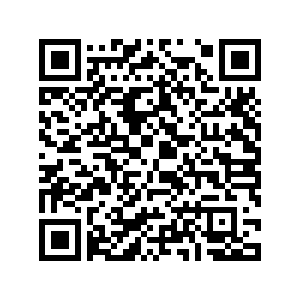 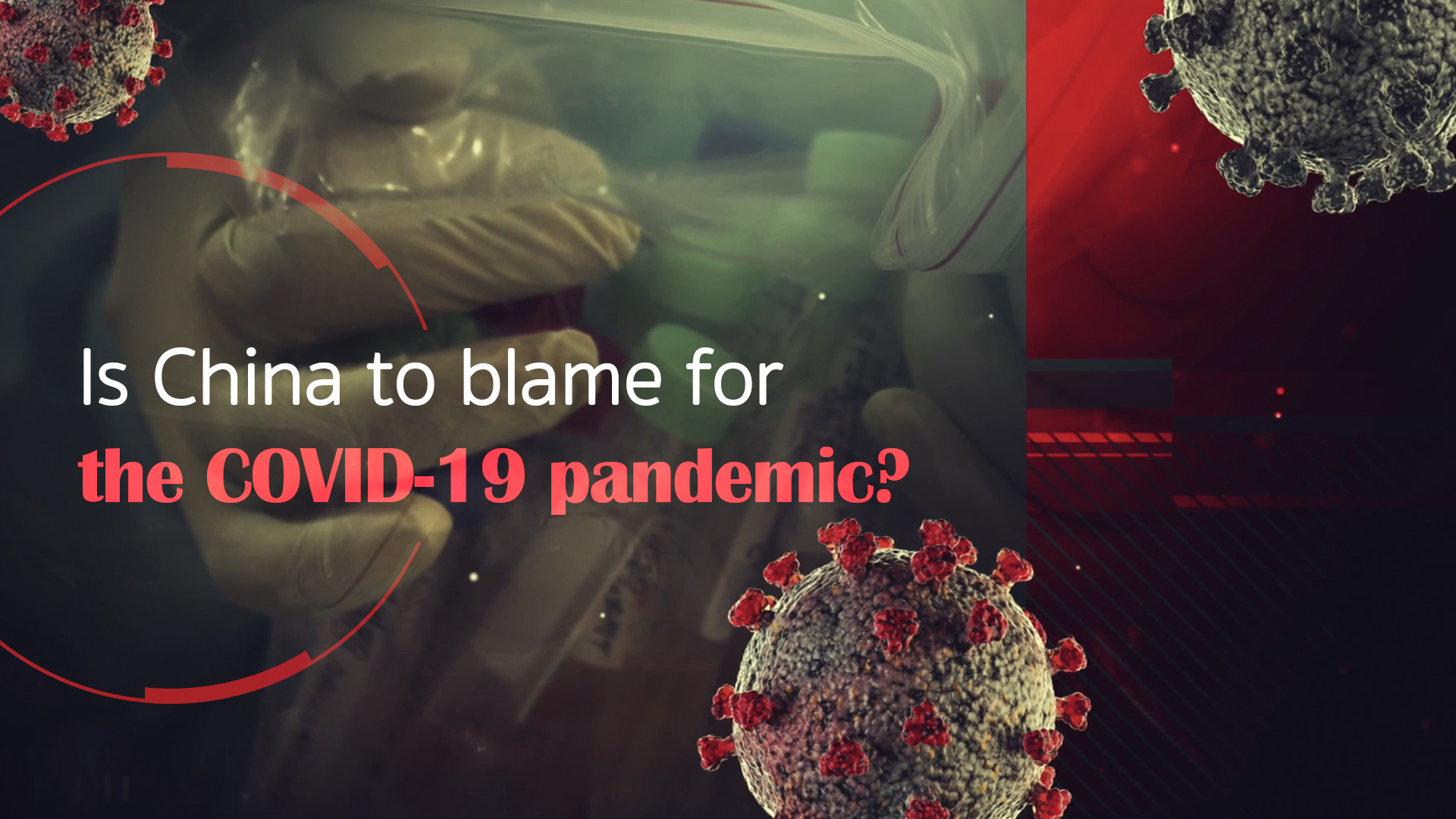 Was the COVID-19 pandemic avoidable? That's a question many are pondering as the virus is taking thousands of lives daily. Such a reflection is necessary, as it enables us to be better prepared for the next public emergency.

But sadly, it is in turn being used by anti-China forces in the U.S. to deflect blame.

Whenever there is a disaster, we tend to look for someone to be held accountable. But this time, it seems that the U.S. has got the wrong one.

The reason America is one of the hardest-hit countries by COVID-19 is not because of what has been alleged by some in the U.S. China's "cover-up." More likely, it is because of the White House's delayed response when there were warning signs from the outside.

In late December, cases of pneumonia of unknown cause were first detected in Wuhan, capital of central China's Hubei Province.

Three weeks before the lockdown on January 2, China started the virus identification work. From the next day, China began to inform the WHO and exchange information with the U.S. regularly about the new virus.

On the same day, the potential threat of the new virus began to be included in Trump's daily brief.

From January onward, as China was busy tracking the spread of the virus and developing test kits, the volume of warnings also increased from U.S. intelligence agencies. It was about the same time when Sen. Richard Burr sold up to 1.72 million U.S. dollars worth of stocks.

On January 21, the first coronavirus case was confirmed on U.S. soil.

However, the sense of a looming crisis in the White House did not seem to alert high-level officials of the Trump administration and the president himself. 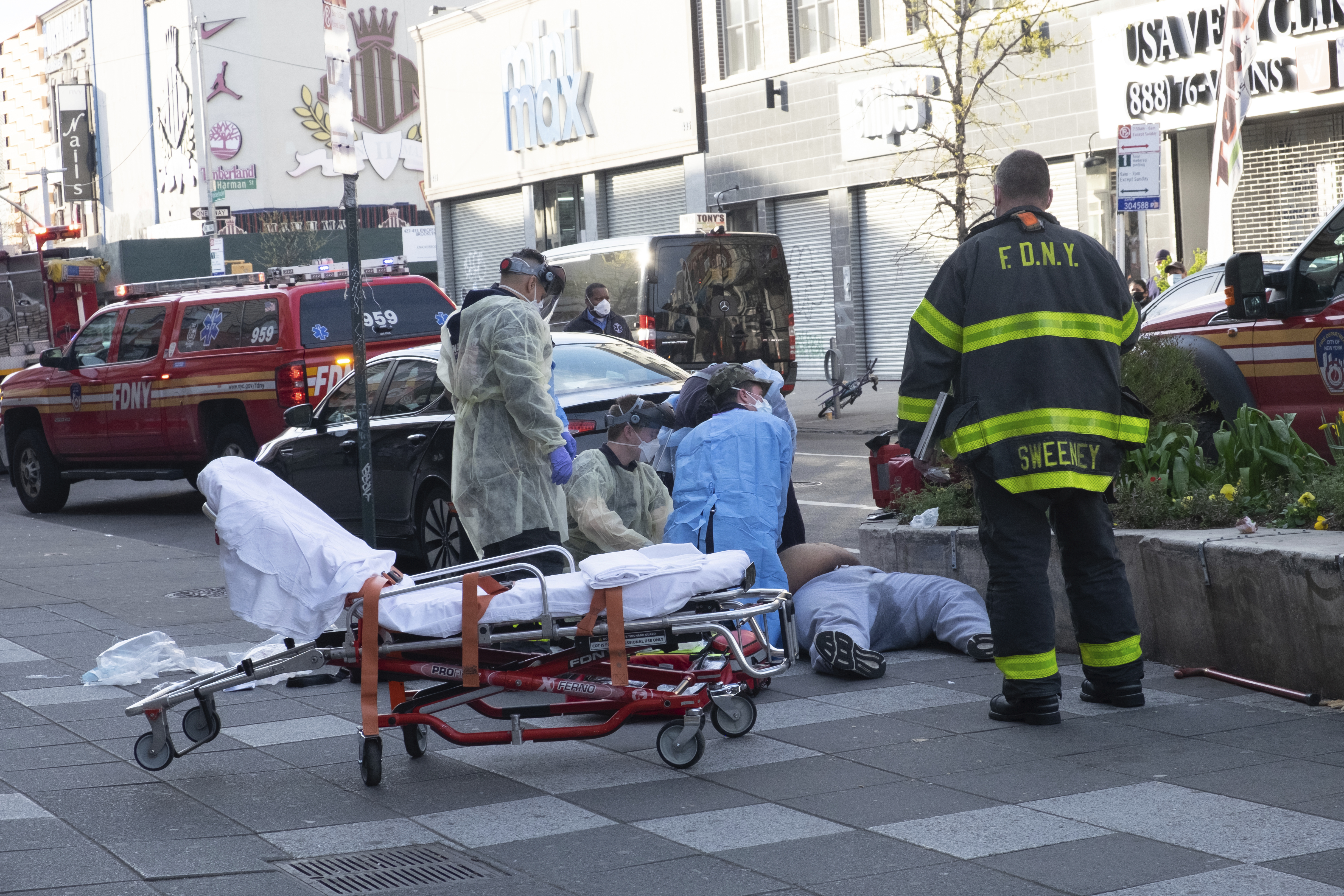 Paramedics perform cardiopulmonary resuscitation (CPR) on a man who collapsed on a Brooklyn street amid the coronavirus outbreak in New York City, U.S., April 20, 2020. /AP

Paramedics perform cardiopulmonary resuscitation (CPR) on a man who collapsed on a Brooklyn street amid the coronavirus outbreak in New York City, U.S., April 20, 2020. /AP

On January 23, Wuhan, a city of 11 million people, went under a lockdown, with a nationwide battle against the new virus started. Scared by SARS 17 years ago, everyone was in a wartime mode.

Don't forget, even then, some Western media outlets were still questioning China's method, calling the lockdown "excessive" and a move of human rights "violation".

"Western nations knew after Chinese New Year the impact of COVID-19 was having, the lockdown in Wuhan, etc. They knew this was a serious problem. So why were they not prepared? They knew what was happening. China wasn't covering up. And in fact, China let the genome of the COVID-19 virus be recognized internationally as soon as it was known within China," said Daryl Guppy, board member of the Australia China Business Council.

At the end of January, the U.S. reported its first person-to-person transmission case. The next day, it closed its borders to travelers from China, which seemed to be already good enough.

Only it was not. The Trump administration has spent this period playing down the outbreak.

The critical window was lost, a window that could have been used to produce more qualified testing kits and other medical supplies and plan a more coordinated strategy.

It wasn't until mid-March that the White House started to take this more seriously and announced a national emergency. The public was warned and schools were closed, but an outbreak was inevitable due to such delays by the administration.

As the CDC failed to coordinate testing kits, many more patients who were not aware of their infection continued to spread the virus.

Looking back at the timeline, anyone could say, "If China did this at this time, things could have been better." But don't forget that China entered uncharted territory and started the battle on its own. Other countries had a choice. The group of people who accused China of being responsible for the pandemic are the very same ones who played it down in the first place.

The past is history; but the U.S. can still seize the present to treat more people, instead of sparing no effort to find a scapegoat.