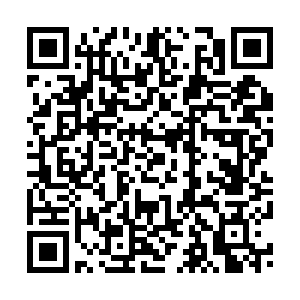 Wall Street tumbled on Monday after the U.S. crude futures turned negative for the first time ever, with traders forced to pay to unload crude as the May contract expired during a global economic slump unleashed by the coronavirus outbreak.

The S&P energy index tumbled by 3.7 percent after the front-month May U.S. West Texas Intermediate (WTI) contract CLc1 actually turned negative, with sellers offering 37.63 U.S. dollars a barrel to any traders willing to take it.

With billions of people staying home around the world due to the coronavirus, physical demand for crude has dried up.

"What the energy market is telling you is that demand isn't coming back anytime soon, and there's a supply glut," said Kevin Flanagan, head of fixed income strategy at WisdomTree Asset Management in New York.

He said lower oil prices could boost the economy if it encouraged people to buy more fuel, "but that requires people getting out.

Year to date, the energy index has lost 45 percent, by far the worst performer among 11 sectors.

Weathering the broad market sell-off, Amazon rose by 0.8 percent and Netflix jumped by 3.4 percent. Those companies have benefited from additional demand as millions of people stay home due to the coronavirus. Netflix reports its quarterly results on Tuesday after the bell.

Helped by the U.S. government's package of two trillion dollars to stimulate the economy, and by bets that the virus was nearing a peak in the United States, the S&P 500 climbed by over 25 percent from its March low.

The benchmark index remains almost 17 percent below its February record high, and analysts have warned of a deep economic slump from the halt in business activity and millions of layoffs.

The U.S. jobless claims touched 22 million in the four weeks to April 11, and analysts have forecast as many as five million more in the latest week. A reading of an April U.S. manufacturing survey, also due on Thursday, is expected to slide to recession-era levels.

During Monday's session, volume on U.S. exchanges was 12.3 billion shares, compared to a 13.4-billion average for the full session over the last 20 trading days.

Declining issues outnumbered advancing ones on the NYSE by a 2.99-to-1 ratio; on Nasdaq, a 1.62-to-1 ratio favored decliners.