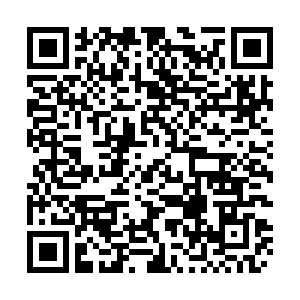 Wall Street tumbled for a second straight day on Tuesday as a collapse in U.S. oil prices and glum forecasts by companies worsened fears of a deep economic downturn.

All 11 S&P 500 sector indexes fell 1.6 percent or more, with energy.SPNY sliding for the seventh time in eight sessions a day after the WTI contract CLc1 crashed below zero as oil traders ran out of storage for May deliveries.

With the collapse spilling into June futures contracts, equity investors became wary of the extent of the economic damage from sweeping lockdown measures that have halted business activity and sparked millions of layoffs.

The S&P information technology index .SPLRCT slumped 4.1 percent, while the financial index .SPSY dropped 3.2 percent. After many companies pulled their forecasts because of uncertainty related to the coronavirus, investors will focus in the coming days on first-quarter reports for signs of how badly the pandemic is hurting U.S. corporations.

The benchmark S&P 500 index .SPX has climbed over 20 percent from its March low, powered by trillions of dollars in stimulus, but it remain nearly 20 percent below its February record high due to fears of devastating economic damage caused by the coronavirus.

"What you're seeing is pulling back in the areas that have done well, and taking profits while you can," said Quincy Krosby, a market strategist at Prudential Financial in Newark, New Jersey. "The question will be whether this is a consolidation after the market ran up so quickly, or is this the beginning of a more important pullback in the overall market?"

U.S. jobless claims hit 22 million in the past month as companies launched dramatic cost-saving measures to ride out the slump, and readings of U.S. business activity surveys, due on Thursday, are likely to plummet to recession-era lows.

Coca-Cola Co (KO.N) provided the latest evidence of the damage wrought by the global health crisis, saying its current-quarter results would take a severe hit from low demand for its soft drinks. Its stock fell 2.5 percent.

Declining issues outnumbered advancing ones on the NYSE by a 4.27-to-1 ratio; on Nasdaq, a 3.18-to-1 ratio favored decliners.

Volume on U.S. exchanges was 12.1 billion shares, compared with a 13.2 billion-share average for the full session over the last 20 trading days.