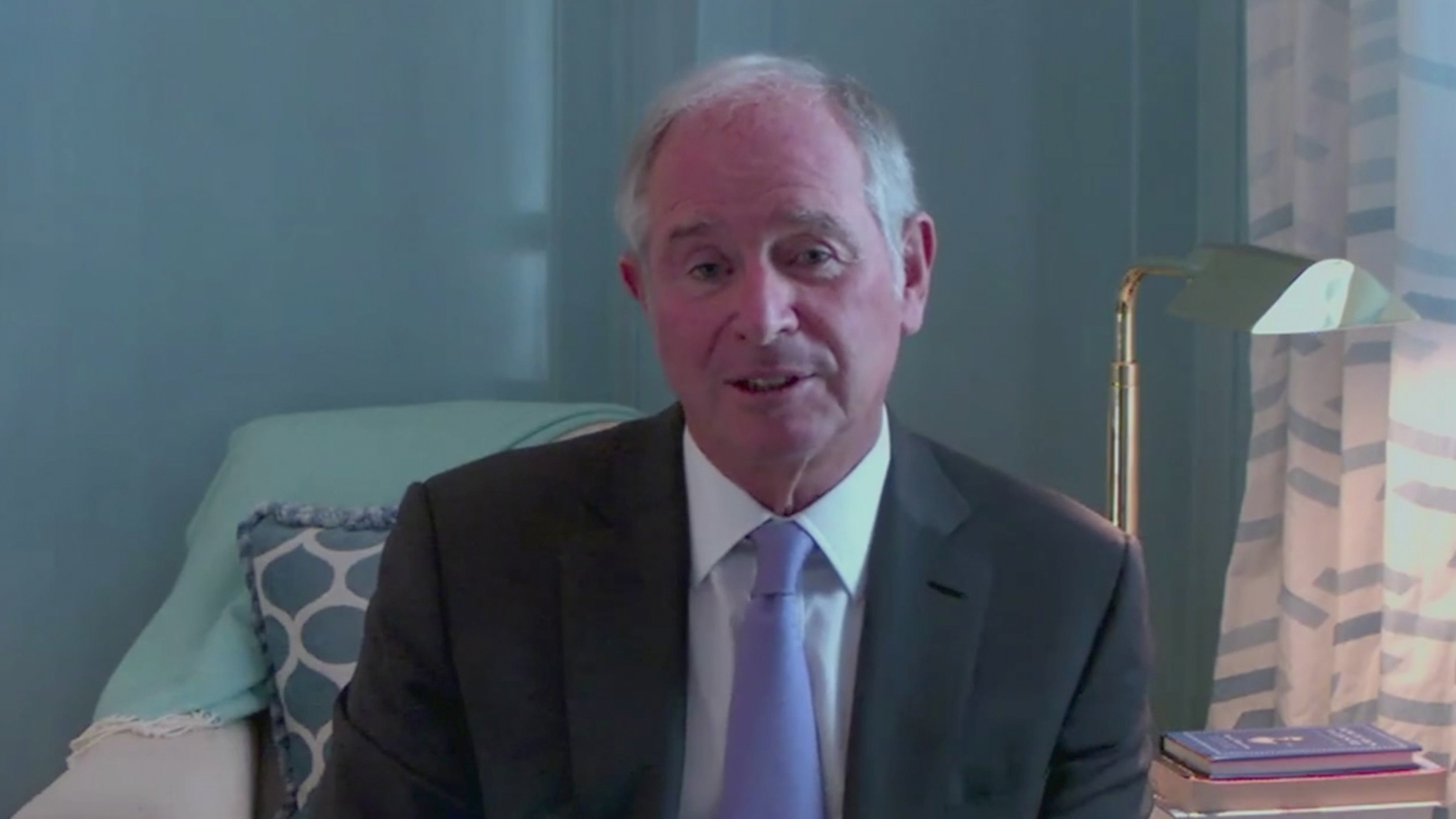 Blackstone CEO Stephen Schwarzman is expecting the prices of oil to take several years to stabilize even as the commodity faces an unprecedented crisis with prices crashing to historic lows on a supply glut.

The billionaire investing guru said that the current "huge imbalance" of a mismatch between supply and demand was unsustainable.

"There'll be suppression of production globally. [There] has to be, because you can't stay at these kinds of levels. And (there will be) a period of enormous adjustment," said Schwarzman. He added such adjustments included economies cutting budgets and "a lot of bankruptcies" in the energy industry.

He told CGTN that demand for oil will return once countries actually start going back to work but "won't go back to exactly where it started very quickly."

"But ultimately, when you look down some period of time, whether it's two years, three years, oil will go back to more normal levels," the founder of one of the world's largest investment firms told CGTN's Cheng Lei in an interview.

On Monday, U.S. oil prices went below negative for the first time in history on concerns of crude storage running out coupled with pressure on demand from the ongoing COVID-19 pandemic. Both the US and international benchmark, Brent Crude, have gone on a roller coaster ride this week, but have extended gains today.

Schwarzman reflected on the ups and downs of oil prices over the years but said: "Nobody's ever seen oil crash the way it had".

"Yes, oil has gone from these very low levels, which people don't remember to 120 U.S. dollars. It's an exceptionally volatile commodity. By the way, when I was very young, it was three U.S. dollars a barrel… and they were giving away gifts if you went to a gas station to buy gasoline," he said.

Meanwhile, Schwarzman, who played a key role in bringing China and the U.S. together on a phase one trade deal, said that he was hopeful that a 'phase II' deal with the two countries would resume.

"I think the pandemic has diverted both the Chinese side and the U.S. side from doing anything further. Everybody in the world has just been simply internally focused. And because of that, the idea that there would be further progress in the short term in terms of trade negotiations, is very low," he said.

He, however, pointed out that relationships and cooperation among all the people who were involved with the trade negotiations have been quite good.

"I think we're gonna have to have the economy settle down and work resume in the normal way before there'll be other focus on a phase II deal. I think a phase II deal is something both countries definitely wanted to do before the pandemic. And I'm hopeful that they'll pick up where things would have evolved afterwards," he said.