COVID-19 in India: Poverty may be deadlier than the coronavirus
By Meng Yaping and Shi Yu 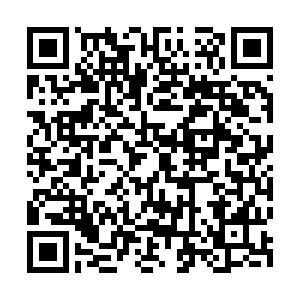 The future of this pandemic will be determined by what happens to densely-populated countries. It's important that India takes aggressive action at the public health level, and at the level of society to control and suppress this disease.
-  Mike Ryan, the World Health Organization (WHO)'s head of emergencies, March 23.

Authorities are ramping up efforts to contain the virus. Last week, Indian Prime Minister Narendra Modi announced that the lockdown currently in place would remain in force until at least May 3.

India extends lockdown until May 3

While India seems to have done well in controlling the number of confirmed cases compared to other countries in the early phase of the pandemic, scientists warned that the country is critically missing a key component in this assessment -- the number of truly affected cases. 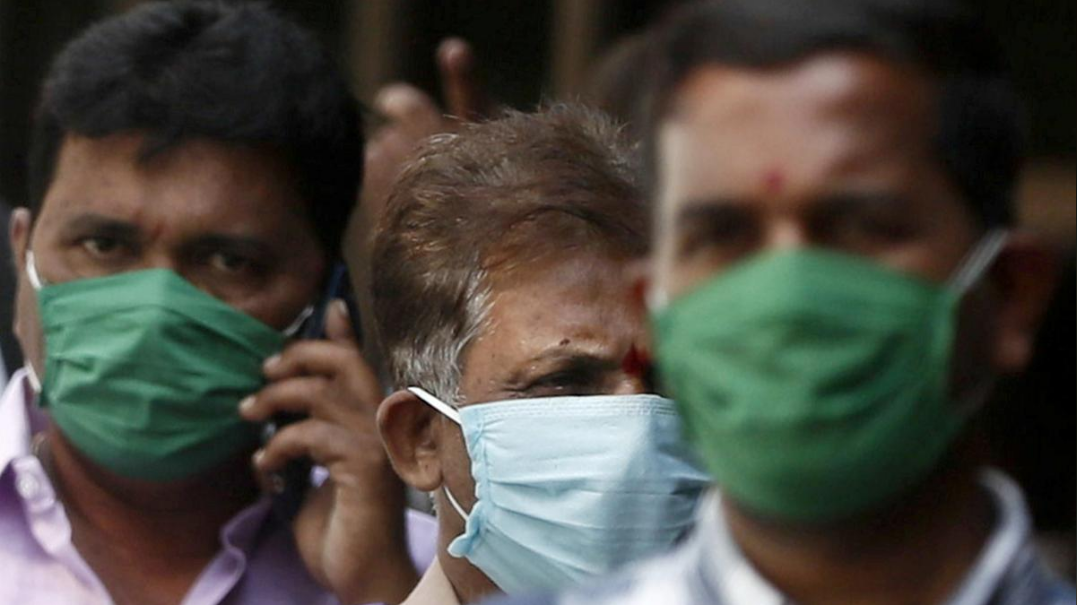 Men wearing protective masks walk inside the premises of a hospital where a special ward has been set up for the coronavirus disease in Mumbai, India, March 17, 2020. /Reuters

Men wearing protective masks walk inside the premises of a hospital where a special ward has been set up for the coronavirus disease in Mumbai, India, March 17, 2020. /Reuters

The number of truly affected cases depends on the extent of testing, the accuracy of the test results, and the frequency and scale of testing of people who may have been exposed, but do not show symptoms, a COVID-19 study group composed of an interdisciplinary team of researchers said in a report.

Lacking testing kits and protective gear for medical workers, India has only tested 137 per million of its population, compared with 15,935 per million in Italy, and 8,138 in the United States.

"So far, the number of people tested in India has been relatively small. In the absence of widespread testing, it is impossible to quantify the magnitude of 'community transmission', in other words, estimate how many are infected outside hospitals and health care facilities," the scientists wrote in the report.

"Thus our current estimates are at best underestimates for India based on early phase data," they said.

The scientists, including those from Delhi School of Economics in New Delhi, also noted in a blog that the estimates may change as stricter restrictions and measures are adopted by India.

With the number of confirmed cases mounting, concerns are growing with the capacity of India's fragile health care system in handling the potential threat.

According to an analysis from the Brookings Institute, a think tank, of publicly available data, there are 0.55 beds per 1,000 of the population in India nationwide, a number they described as "abysmally low." China, the only country comparable country to India in terms of size, has around 4.2 beds per 1,000 people, according to World Bank data.

These shortcomings became more worrying as authorities recommend patients to contact their doctor directly, rather than an emergency number, if symptoms occur.

Poverty deadlier than the coronavirus

While the plight of India's migrant workers has drawn global attention, with thousands forced to walk miles to reach home since the lockdown began, many aid workers said the millions of homeless in India face a bigger risk. 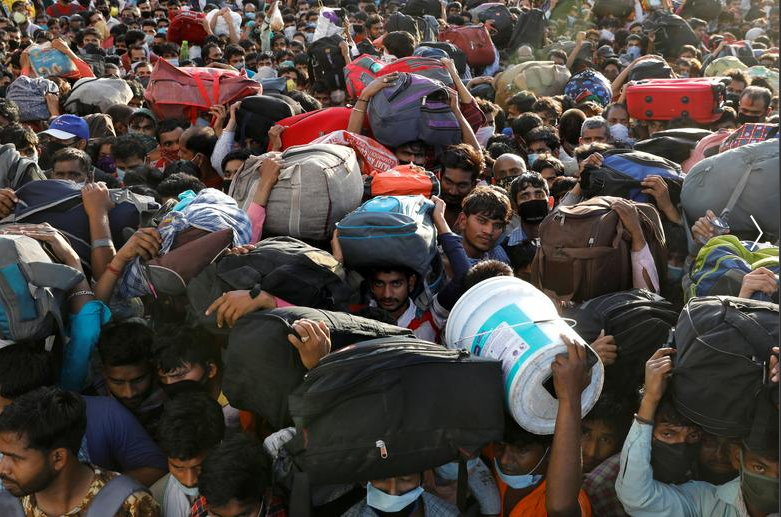 Migrant workers crowd up outside a bus station as they wait to board buses to return to their villages during a 21-day nationwide lockdown to limit the spreading of coronavirus disease (COVID-19), in Ghaziabad, on the outskirts of New Delhi, India March 28, 2020. /Reuters

Migrant workers crowd up outside a bus station as they wait to board buses to return to their villages during a 21-day nationwide lockdown to limit the spreading of coronavirus disease (COVID-19), in Ghaziabad, on the outskirts of New Delhi, India March 28, 2020. /Reuters

Most of the estimated four million plus homeless people in India have had no way of making a living since the lockdown began on March 25. With streets deserted, they now even have no place for begging.

Health experts said the homeless are among the most at risk from the virus as many already suffer from illnesses such as tuberculosis, and their morbidity rates are higher than for the general population.

"How does one quarantine someone who has no home, or someone who lives cheek to jowl with 10 others in a small room?" said Dr. Zarir Udwadia, an infectious diseases specialist in Mumbai, who has been treating coronavirus patients.

"Poverty and overcrowding like ours are likely catalysts for the COVID-19 explosion we anticipate with trepidation," he said.

The spread of coronavirus in India's slums is another big issue that must not be underestimated.

Mumbai's slums are home to an estimated 65 percent of the city's core population of around 12 million, while Dharavi, believed to be the largest slum in Asia, is perhaps one of the toughest and most vulnerable places for COVID-19 prevention due to the density of its population and poor sanitation. 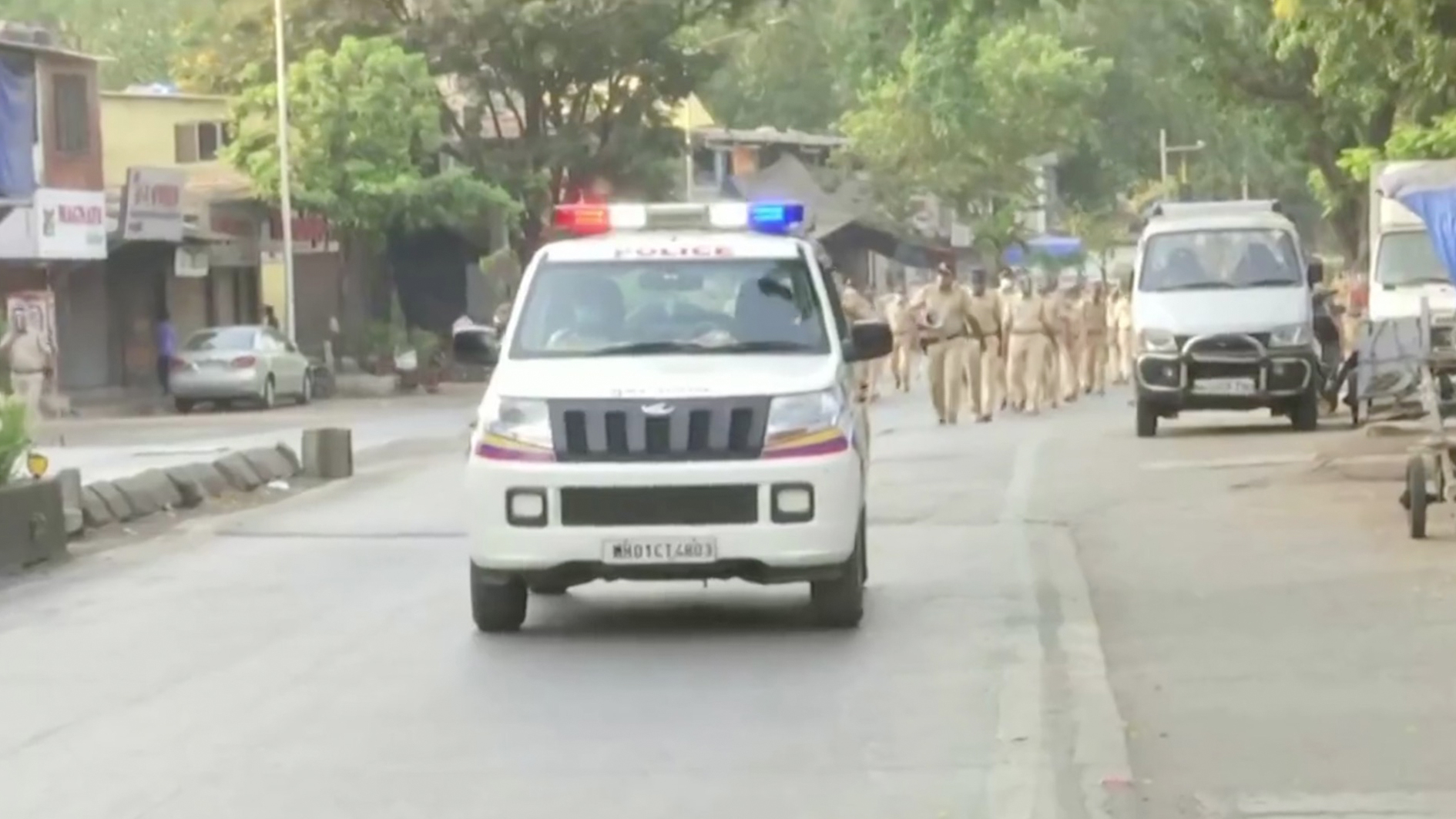 The authorities have ramped up measures such as sealing off many areas, sending medical staffs and increasing police patrolling in the region to ensure social distancing is implemented strictly, but with almost a million people living in an area of two square kilometers, containment measures are hard to take effect.

So far, the number of confirmed cases in Dharavi has surpassed 100 with over 10 deaths among them. However, considering the rapid increasing speed, experts fear that the number will accelerate higher in this densely packed area.

India's Internal Medicine Expert Dr. Rommel Tickoo expressed his worry to CGTN. He urged to have more tests and to improve people's awareness, nevertheless, he acknowledged that prevention is tough in slums.

"With these clusters and slums where people live close to each other, you cannot do much… you have to give them masks, you have to make sure they wash their hands but in spite of all this it will spread in these clusters that is the worry." 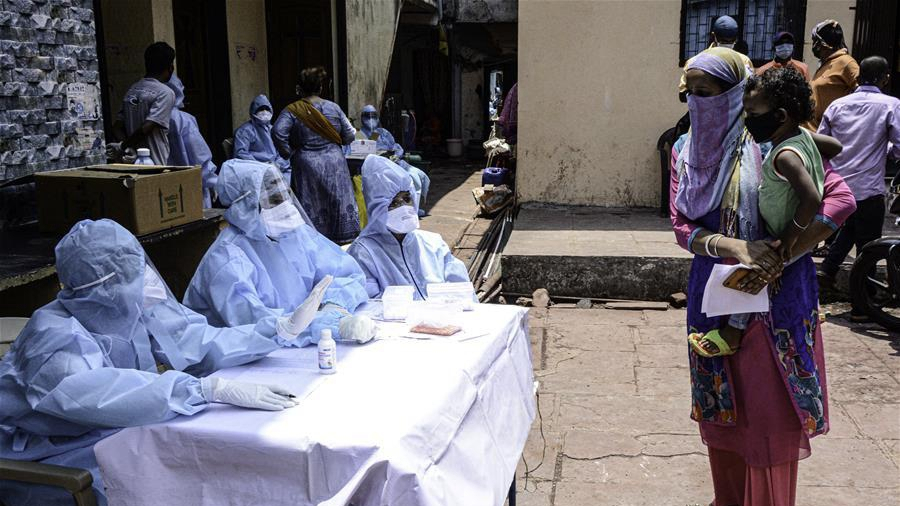 Residents in Dharavi are also facing a double jeopardy. On the one hand they are living in the fear of infecting the unknown virus, but on the other hand, they also need to fight with poverty and the loss of livelihood caused by lockdown – a perhaps more pressing and tangible problem for them.

In an attempt to prevent the viral spread, many residents tied handkerchiefs or shirt sleeves around their faces in lieu of proper masks. They blocked alleyways with sticks and carts, and has put alert signs in the region. Still, given the situation in Dharavi, many protective measures are hard to apply here.

Social distancing is practically impossible. On average 10 to 12 people live in one housing unit in Dharavi. Hundreds of people share one bathroom as there are only 250 common toilet facilities in the slum in total. Access to clean water is not guaranteed, let alone cleaning products.

For those who lost their work for living due to the national lockdown and are forced to squeeze in the overcrowded shelters, they are relying on donations and aids to survive the difficult time.

Many believe that under such condition, getting infected is just a matter of time, but before the day comes, what worries them most is that, without income and food, will they be able to get through the following day.