Why Trump's pandemic policies are so messy
Sun Chenghao 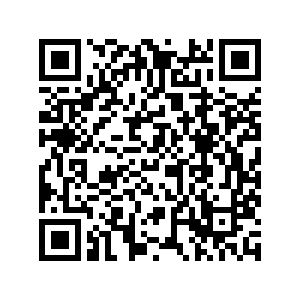 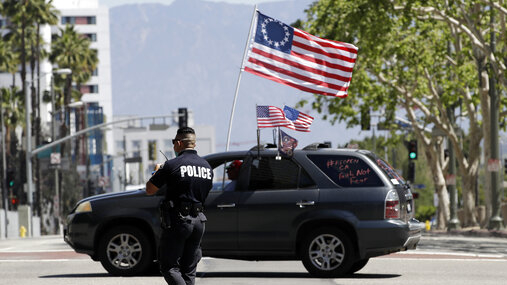 A police officer works a road closure during a rally calling for an end to California Gov. Gavin Newsom's stay-at-home orders amid the COVID-19 pandemic outside of City Hall in downtown Los Angeles, April 22, 2020. /AP

A police officer works a road closure during a rally calling for an end to California Gov. Gavin Newsom's stay-at-home orders amid the COVID-19 pandemic outside of City Hall in downtown Los Angeles, April 22, 2020. /AP

Despite the ongoing pandemic in the U.S., the Trump administration still unveiled the plan to reopen states in phases.

Compared with previous ambitions, the guidelines for "Opening up America Again" outlined three phases for the country to gradually lift lockdowns on social and economic activities.

Trump also eased the tough tone of the previous days when he told governors on a conference call, saying that some states with low coronavirus number could reopen their economies on May 1, with the caveat that states should go at their own pace.

The conflicting rhetoric from Trump, no matter an urgent call for an immediate reopen or a gradual one, is mainly due to the economic and political pressure he faces.

On the economic front, Trump was once most proud of his economic achievement, but now it is greatly hit by the pandemic.

First, the overall U.S. economy will fall into recession. Morgan Stanley predicts a 30 percent drop in U.S. second quarter GDP and Goldman Sachs forecasts a deeper recession than the 2009 crisis.

Second, the pandemic has extremely severe impact on U.S. industries and sectors. As various states have implemented social distancing policies, some sectors have been hit hard, including art, entertainment, sports, accommodation, retail and transportation.

Third, the number of unemployed people in the pandemic has far exceeded the official data. The Labor Department's March jobs report reveals that the U.S. unemployment rate rose to 4.4 percent and the economy lost 701,000 jobs, breaking a more than nine-year streak of job gains. But the Brookings Institution suggests an unemployment rate of 5.3 percent for the week ending March 21 and 8.8 percent for the week ending March 28. 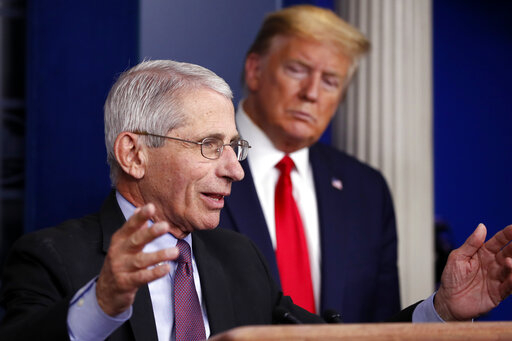 President Donald Trump watches as Dr. Anthony Fauci, director of the National Institute of Allergy and Infectious Diseases, speaks about the coronavirus in the James Brady Press Briefing Room of the White House in Washington, April 22, 2020. /AP

President Donald Trump watches as Dr. Anthony Fauci, director of the National Institute of Allergy and Infectious Diseases, speaks about the coronavirus in the James Brady Press Briefing Room of the White House in Washington, April 22, 2020. /AP

On the political front, Trump's election prospect is closely intertwined with the COVID-19 crisis.

However, some states are still quite dissatisfied with Trump's reopen plan.

The governors of New York and California have formed alliances with neighbors to coordinate their own easing of COVID-19 lockdowns that they claimed should be based on data and experts, rather than opinion and politics.

Meanwhile, Texas, Michigan, Minnesota, Wisconsin and other states have witnessed "fire Fauci!" protests, demanding that stay-at-home orders be ended as soon as possible.

Such chaos reflects the current divisions of the country in the fight against the pandemic crisis.

First is the debate within the federal government.

From beginning to end, the Trump administration failed to reach an agreement on the pandemic prevention and control policies. In the early stage of the outbreak, a group led by Alex Azar, secretary of Health and Human Services and Anthony Fauci, director of the National Institute of Allergy and Infectious Diseases, and other medical experts suggested early implementation of social distancing measures, while the economic team in the White House argued that premature intervention would lead to disorder in the U.S. economy, which would finally impact Trump's campaign in a negative way.

The two factions are still wrangling over when to reopen the economy, releasing conflicting signals and leaving the public confused.

Second is the split between the federal government and the state government.

Due to the lack of necessary medical materials in the early stage, Trump not only asked states to take care of themselves, but also competed with the states in a bidding war to get medical equipment to combat the pandemic.

Because the federal government does not have the right to interfere in the social policies of states, Trump's tough demands at first that states should reopen economy have also been rejected by many of them.

Now, despite the federal government's phased plan to lift COVID-19 restrictions, Trump's rhetoric on social media inciting people in some states to protest stay-at-home orders will undoubtedly further intensify the conflicts between the federal and the state.

The third is the rift between the two parties.

The outbreak of the pandemic happened to catch up with the peak of political polarization in the U.S. after Trump took office.

As Sanders, Warren and former U.S. President Obama have all endorsed Biden, the Democratic Party has achieved unity and bashed Trump on his inefficient polices on combating COVID-19. After Trump announced to put a hold on WHO funding, it triggered strong criticism from the Democrats.

The criticism has put pressure on the White House and the best way for Trump to respond is to ease the social distancing policies and put the U.S. economy back on the normal track, but the hasty measures might in turn cause greater healthy risks and more vehement partisan fights.