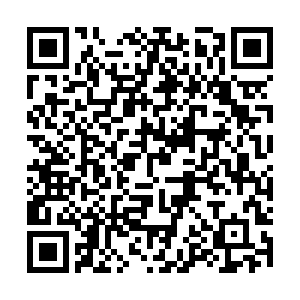 China is likely looking at a U-shaped recovery, where a prolonged period of stagnation after the downturn is followed by an eventual return to growth as global demand resumes, while some service-oriented European economies and the U.S. may confront the risk of an L-shaped recovery, according to a report by CGTN Think Tank.

The spread of COVID-19 has had a tremendous impact on the global economy in an astonishingly short period of time. The Managing Director of the International Monetary Fund, Kristalina Georgieva, warned that the world faces "a recession at least as bad as during the global financial crisis, or worse."

Professor Qian Jun, executive dean of the Fanhai School of International Finance at Fudan University, and professor Iain Begg, professorial research fellow at the London School of Economics, produced a joint report outlining four different models of GDP recovery, and offered their predictions of how big the economic downturn is likely to be, and how long it might last.

Qian argued that small and median-sized enterprises (SMEs) face several hurdles during the COVID-19 pandemic, including the inability of employees to go physically to work and the lack of consumer demand, but they the survival of such enterprises is going to be vital to economic recovery.

Begg echoed his thoughts, adding that manufacturing wasn't as important a measure of economic stimulus in Western countries as it is in China. 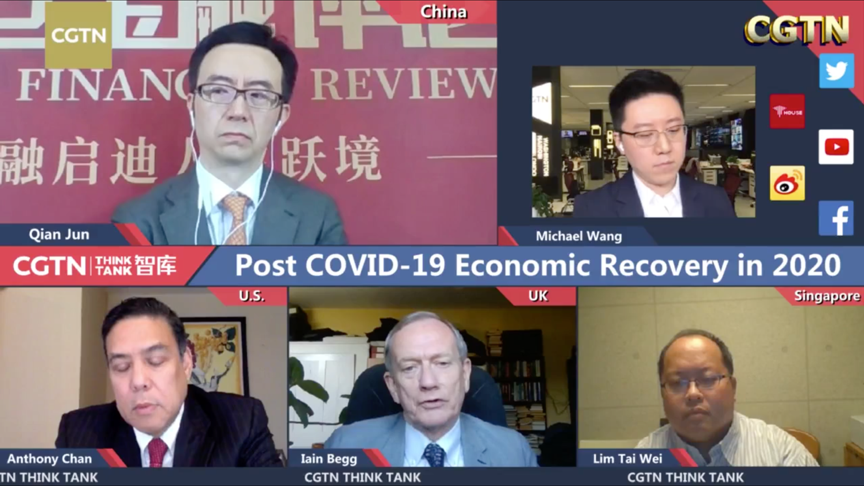 In order to flatten the curve of the coronavirus infections, most countries introduced measures to reduce human interaction, whether social or business. Consequently, the world is experiencing a dramatic decrease in GDP and a rapid rise in unemployment.

COVID-19 is now a global pandemic, and no country is immune to its effects. Taking the example of China, and the way the country responded after previous viral outbreaks, the report explained that the Chinese economy experienced a V-type recovery after the SARS epidemic in 2003, which means the downward phase was followed quickly by a rebound. But this time, the country's GDP has shrunk by 6.8 percent in the first three months of 2020 compared with the same period last year, and exports have dropped far more than imports, and so China is likely looking at a U-shaped recovery, where a prolonged period of stagnation after the downturn is followed by an eventual return to growth as global demand resumes.

China's economy began to recover in March, with manufacturing sectors recovering faster than service sectors, which is understandable as public gatherings are still limited, as Begg mentioned during the seminar.

The professors stated this has not been an easy time for SMEs, which contribute to 60 percent of China's GDP and account for 80 percent of urban employment, meaning government assistance is urgently needed to revive the industry.

Though China's economic recovery is so far optimistic, the professors are concerned about the ability of other major countries to cope. Arguing that governments should adopt the proper domestic and foreign policies, Begg and Qian said that a temporary pause in current restrictive trade policies would help stimulate consumption and help firms recover.

As for their verdict for the global economy, the professors believe recovery depends on how successful policymakers are in delivering their stimulus packages. Some service-oriented European economies, for example, may confront risk of an L-shaped recovery, meaning that their economic capacity may have been wiped out by the crisis, instead of simply suspended, in which case, downturn will be followed by a prolonged period of stagnation.

The U.S. is also at risk to experience an L-shaped recovery, especially if what they termed as "the insurrection against State Governors being fomented by President Trump" prevails.

Begg and Qian called for worldwide cooperation to stave off permanent economic damage, because it is in the global common interest to ensure that no country fall prey to an L-shaped recovery.