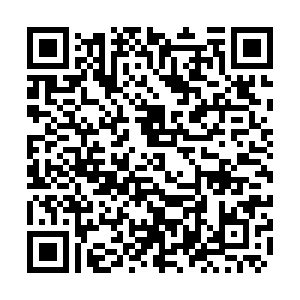 Making friends with Bumblebee is a childhood dream for many. Luckily, for today's Chinese children, it's no longer a dream. At the ROBOROBO National Robotics Contest, children designed, built and programmed robots to their preferences, and competed with them.

The organizer of the contest is a Beijing-based EdTech company, Roborobo. Chairman Jason Hou said his company isn't alone in the entrepreneurial boom that started in 2010. "Around 2016, some 100 companies secured financing, this number more than doubled by 2018," he said. 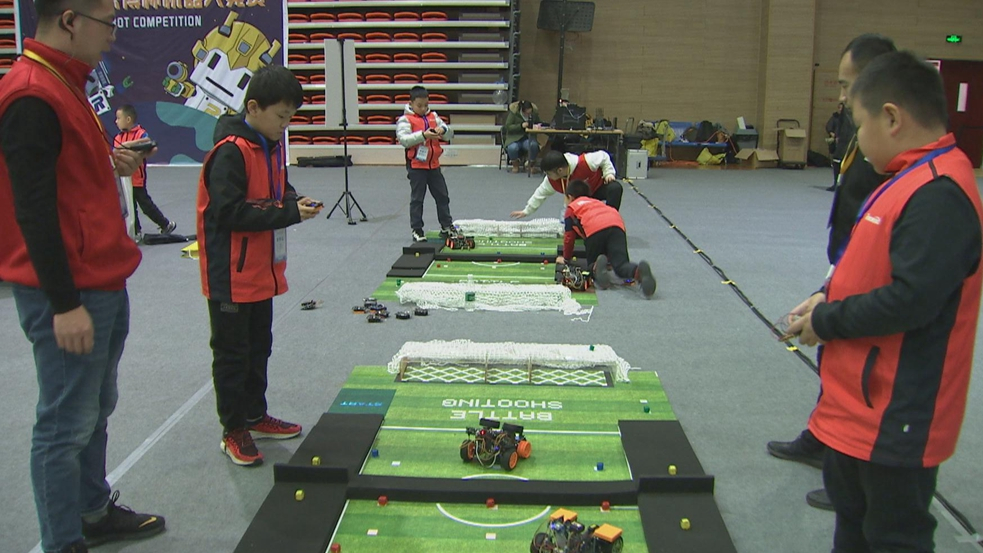 Competing during a national robot contest in January. /CGTN

Competing during a national robot contest in January. /CGTN

This is all thanks to China attaching greater importance to STEM education. STEM, in full, is science, technology, engineering, and mathematics. Its importance is evident – science touches every part of our lives.

Under the strategy of Invigorating China through Science and Education, China has included some STEM courses into the main curriculum and school entrance exams. Hou said his team also collaborates with more than 15,000 schools, providing venues and teaching tools for in-school robotic classes, covering some 200,000 children. This is where they meet potential customers face to face, convincing parents to spend more on some after-school robot fun. 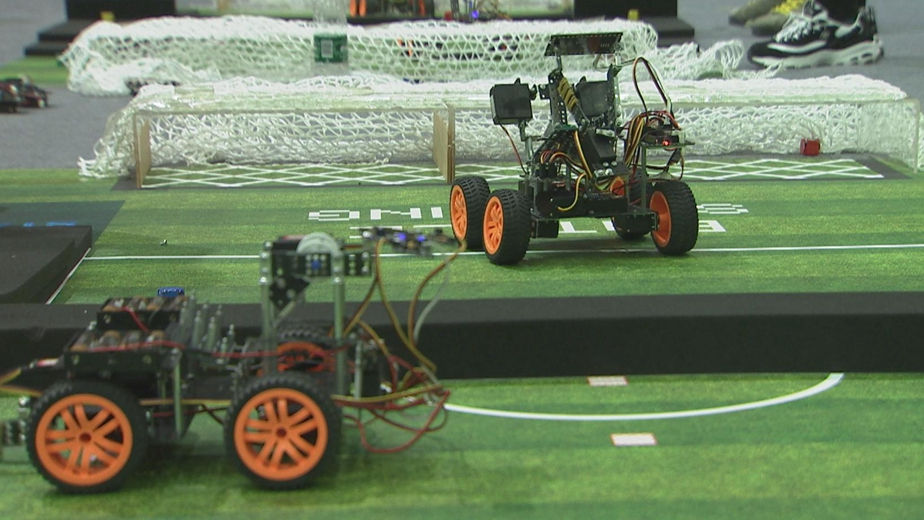 Figures show young parents who are under 40 years old are willing to spend the most on children's education, and sometimes this expenditure accounts for half of a family's yearly spending.

"Our plan is to grow from 500 outlets to 1,000 outlets in three years. In the first few years, we found it hard to do business outside the big cities. But in the past couple of years, we saw significant demand increase in 4th and 5th tier cities and the competition in small cities is less fierce" said Hou. 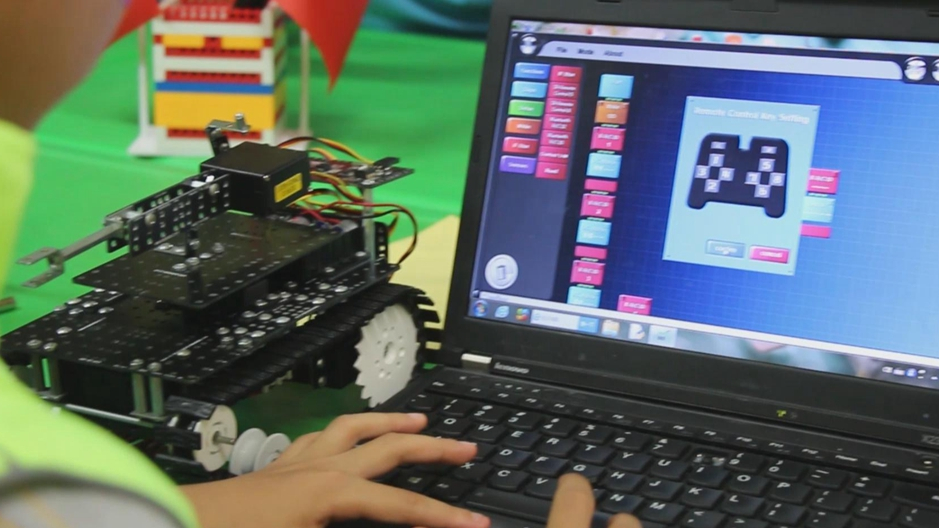 Eleven-year old Zhuang Tiankuo, a gold medalist of the robot contest, told CGTN his dream is bigger than Bumblebee; he wants to be friends with aliens. 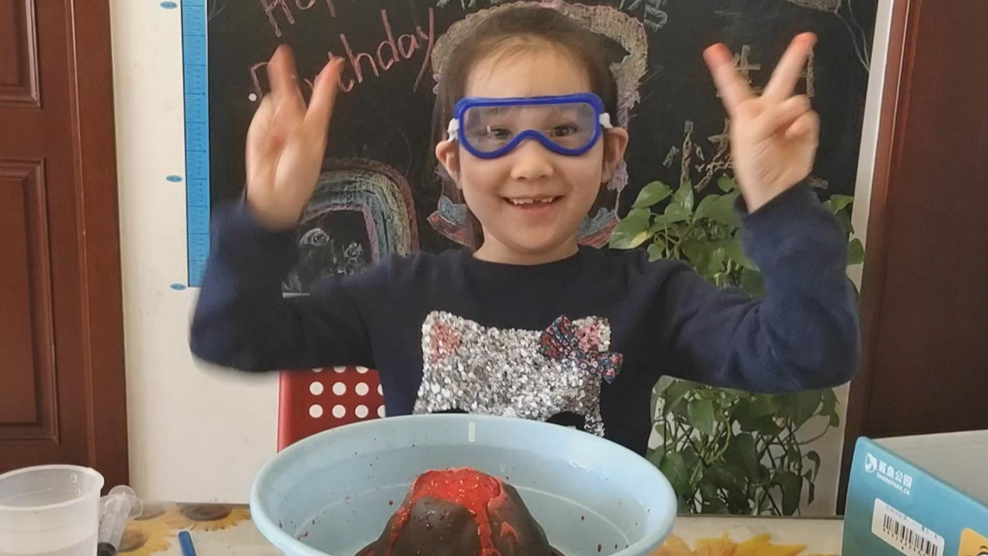 The COVID-19 Pandemic has brought challenges to many EdTech firms. But those who have adopted an online-merge-offline (OMO) business model are sheltered from its impact.

For SharkPark education, their business model of creating a "living room lab" offers quality time for parents and children. The company would deliver a box of tools and materials for students to use in online classes. 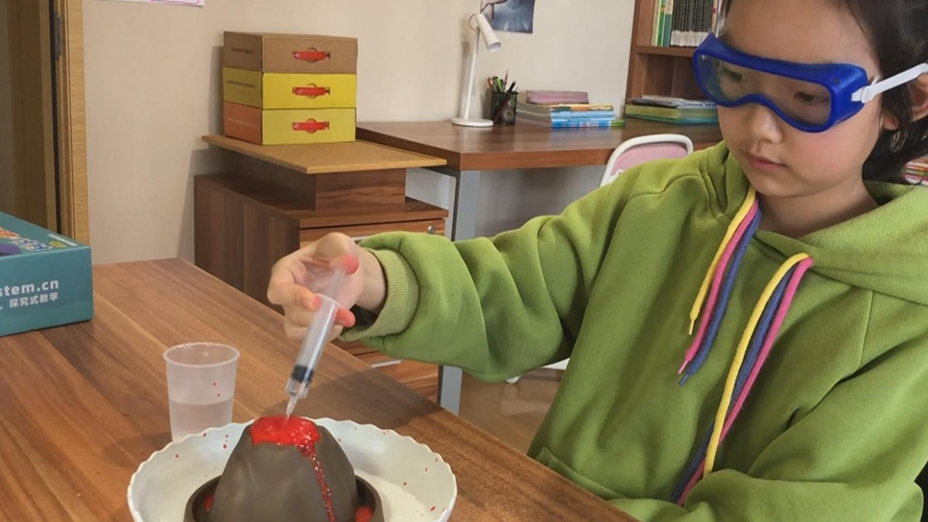 Founder of the company David Zhang said the OMO structure wasn't well-accepted six years ago when he founded the company. The company started to host online activities based on its offline communities. So, students who were classmates offline could also be classmates online, and they were encouraged to be more free, bold and funny.

Now, 70 to 80 percent of their parent customers recognize the value of online science classes. But teaching online is more complicated than just recording a video and putting it online. It involves more details, more accuracy, adjustment in pace and wild imagination. "For instance, we can allow students to compare what the stars look like from the earth and what the earth looks like from the sky. A virtual laboratory allows us to do this," Zhang said. 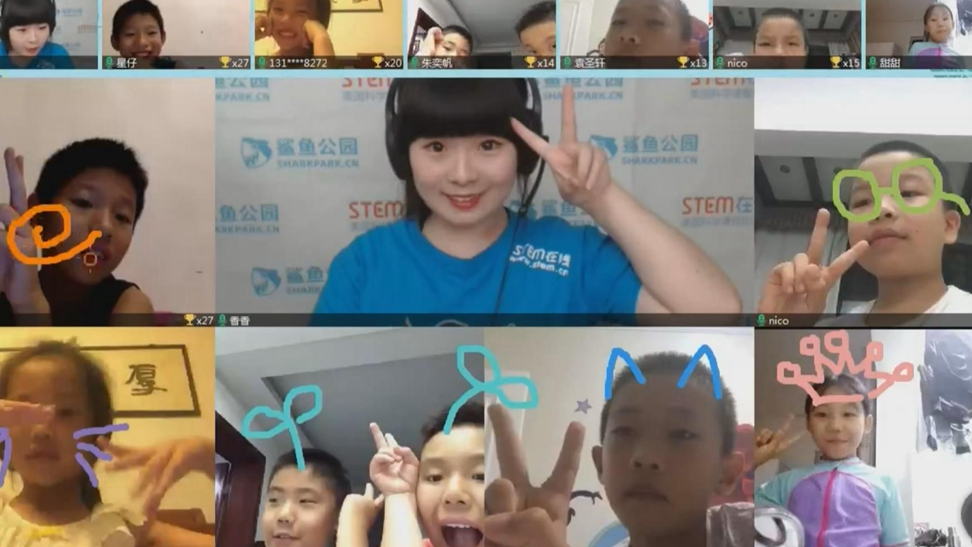 STEM education allows educators to mix and match different areas of science and deliver knowledge through practice and experiments. During this process, children can master learning methods, become more creative and curious about things, develop hands-on ability and logical thinking. More parents nowadays believe this is more important than memorizing figures or formulas.

Zhang Qingfeng, father of an eight-year-old said his daughter has changed since taking up this "living room lab" course. "She certainly knows a lot more. And when something happens, she can calm down to think, before doing." His daughter Yi Bao thinks science is mysterious and she loves exploring the unknown. 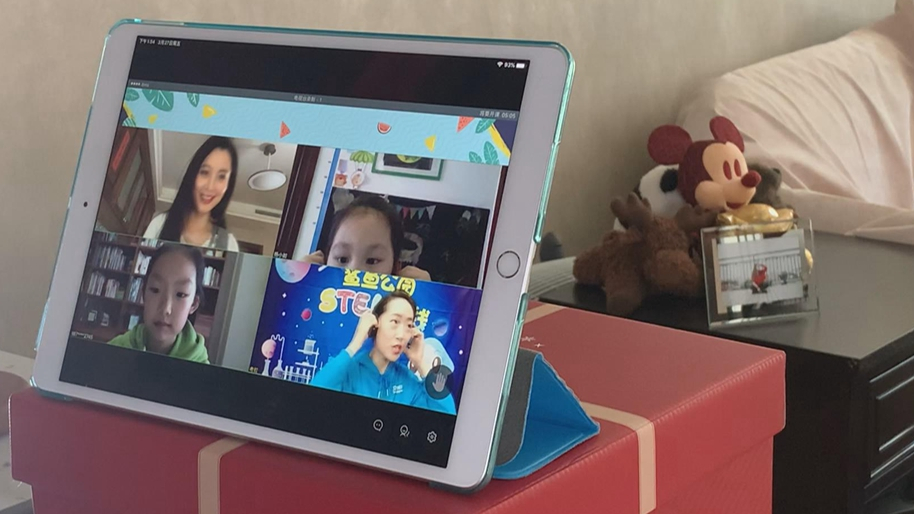 As for the future of STEM education, Zhang believes OMO is definitely the way to go. It will evolve into many new forms, and adopt many more technologies.

So years later, we may see children, in a "virtual+reality" space, learning about the two things that are infinite – "the universe and human stupidity," quoting Albert Einstein.