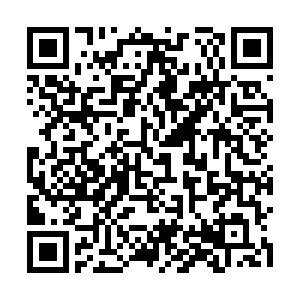 As soon as statistics started to be released, it was obvious that the elderly and those with underlying health conditions were more susceptible to COVID-19 than any other group. Unfortunately, this has caused havoc in care homes around the world, with many struggling to cope with increasing pressure caused by coronavirus.

Beijing Songtang Care Hospital, which was also the first-ever hospice to open in China, is home to over 100 senior residents – 40 of whom are over 80 years old. With such a high percentage of elderly patients, when coronavirus first caused concern in late January, Songtang decided to close its doors to protect its most vulnerable. No one has entered or exited the hospital since. No relatives have been allowed in, while doctors and nurses have remained on site.

Li Songtang, director of Songtang Care Home, told CGTN, "More than 100 elderly people live here. If just one was infected, it'd be like the sky had fallen on us. We definitely can't let that happen. So, during this period, we have had no choice but to opt for the simplest method: No staff leaving.”

This has been tough on both staff and residents, none of whom have seen "their families in almost three months. 79-year-old Zhang Zhen'e said: "The hospital is preventing family and volunteers from entering in order to stop the epidemic spreading." 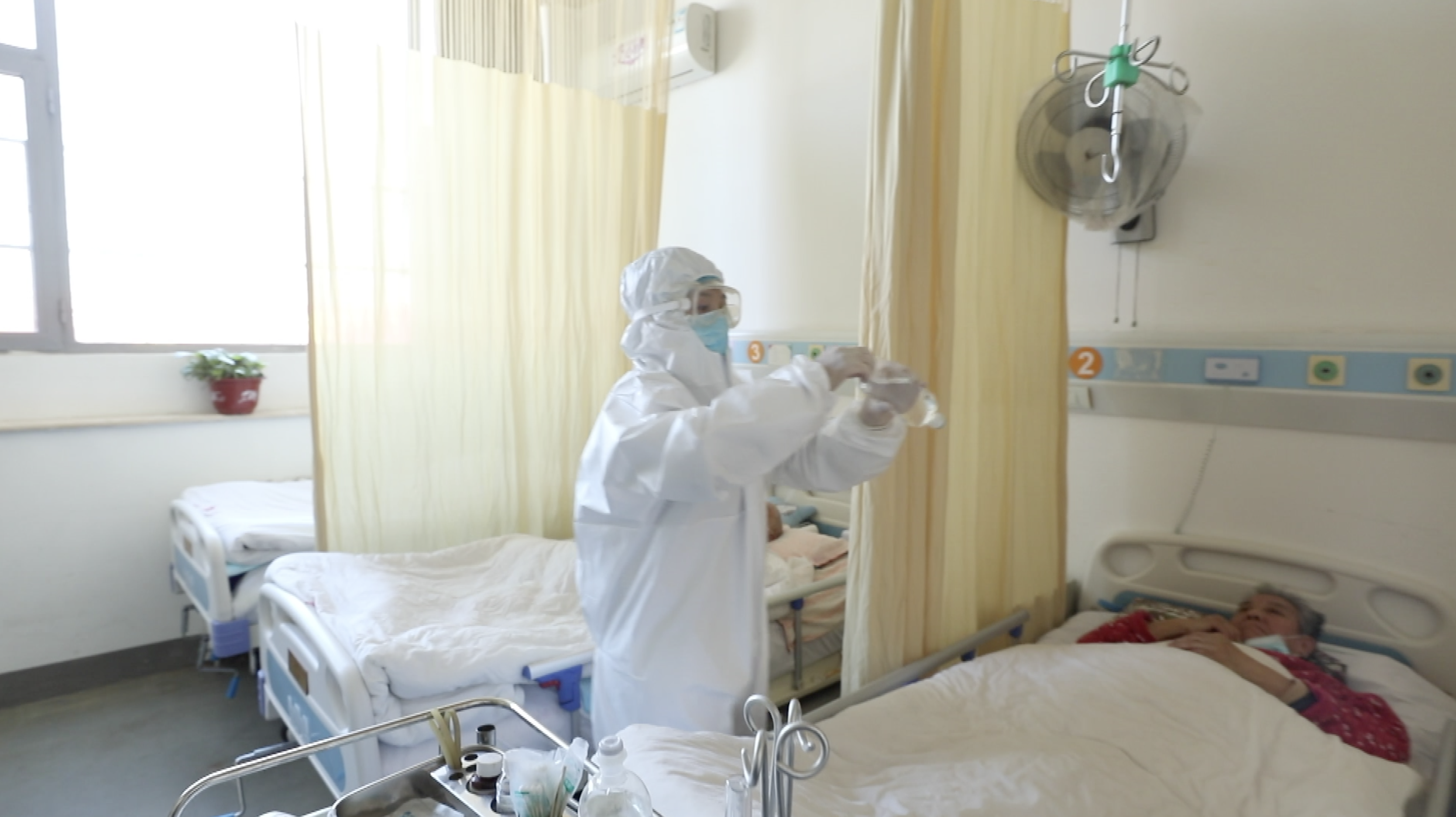 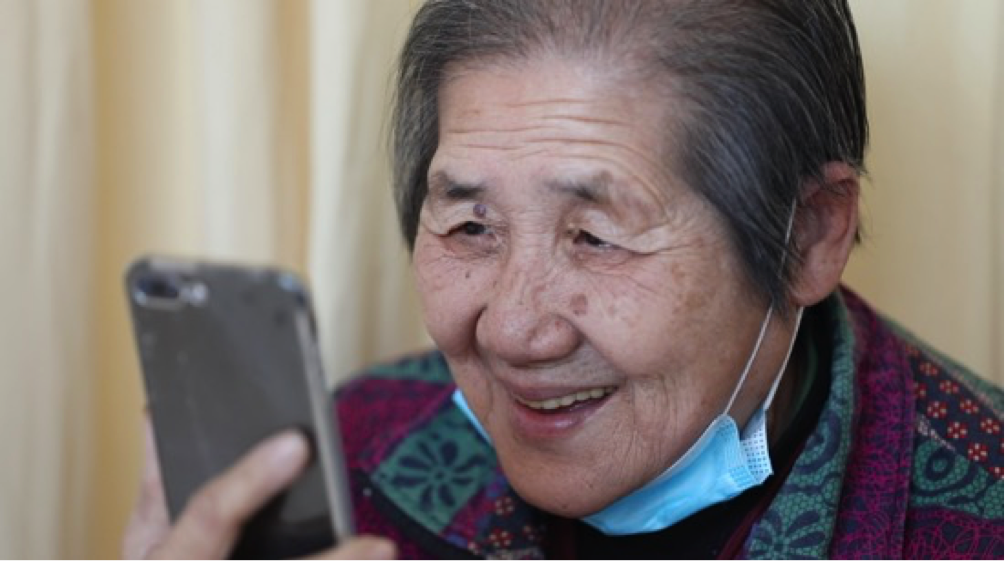 Zhang chats with her family via a smartphone. /CGTN

Zhang chats with her family via a smartphone. /CGTN

"It's only temporary," she grinned, "It will be gone eventually.”

The residents understand the sacrifices all at Songtang are making to keep everyone safe. Most sit around and chat, those able to walk move into rooms to pass the time with their bed-bound friends.

One resident has been particularly busy over the last few weeks. 80-year-old Zhang Xinsheng moved to the care home four years ago when she was diagnosed with a problem on her waist. She has since been given the all-clear but decided to remain at Songtang as she enjoys the pace of life here, and can socialize with her friends.

Zhang has become an invaluable member of the team during the pandemic. She helped out around the hospital, assisting those that can't get up to get water or medicine. She told CGTN that although she missed her family and the volunteers terribly, she called them often and has even been able to borrow the head nurse's smartphone to video chat with them when she felt lonely.

Despite still being closed, everyone at Songtang is aware that this is the best way to keep its most vulnerable residents safe in such uncertain times. Although the care home continues its 0 percent infection rate, they all hope that it won't be long before the hospital is reopened, so both patients and staff members can be reunited with their families and resume a normal life soon.