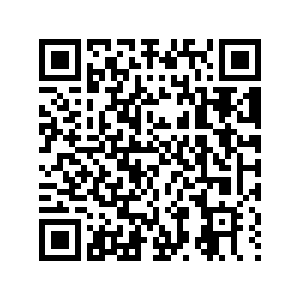 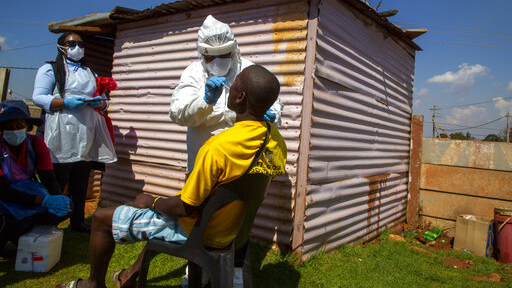 Health workers collects samples for coronavirus testing outside a shack, during the screening and testing campaign aimed to combat the spread of COVID-19 at Lenasia South, south Johannesburg, South Africa, Tuesday, April 21, 2020. /AP

Health workers collects samples for coronavirus testing outside a shack, during the screening and testing campaign aimed to combat the spread of COVID-19 at Lenasia South, south Johannesburg, South Africa, Tuesday, April 21, 2020. /AP

Editor's note: Lionel Vairon is the president of CEC Consulting company and senior researcher at the Charhar Institute of international relations and public diplomacy in Beijing. He is a former French diplomat and former university professor. He is also an author of many books and papers about China's geopolitics, international relations and Arabo-Islamic world. The article reflects the author's opinions and not necessarily the views of CGTN.

With a population exceeding one billion inhabitants, Africa was until recently somewhat spared by the COVID-19 pandemic. This grace period seems over as most of the 54 countries of the continent are now facing a terrifying increase in the number of contaminations and deaths. The condition of African health care systems and the fragile health of significant parts of the populations of the continent, as well as the insecure economic and financial situation of numerous countries, have the WHO and many countries worried.

The confinement strategy chosen by countries such as Morocco and Senegal is difficult to implement because of local living habits. On the one hand, confinement does not seem practicable in overpopulated major urban areas ruled by informal economy, where social distancing seems almost impossible to enforce, without resorting to police methods which have already proven their limits in certain countries.

On the other hand, in rural areas where roads and homes are in precarious states, and where water and electricity are not abundant resources, populations are unlikely to focus their attention on protecting themselves against the coronavirus when their everyday life is already a struggle for survival.

Sanitary infrastructures in most of African countries are perfectly inadequate to face such a pandemic. For instance, one of the biggest countries, the Democratic Republic of Congo, only has 50 intensive care beds, while Burkina and the Republic of the Congo have 15 and 20 respectively. This deficiency extends to ventilators, Niger only having five, Cameroon 20 and Senegal 80. Considering the demand worldwide for medical equipment and difficulties resulting from the suspension of most air transport, even governments who wish to improve the situation face seemingly insurmountable obstacles when trying to acquire such equipment.

This crisis will ineluctably lead to an economic crisis, the effects of which may well be devastating, especially on a humanitarian standpoint. Developed countries represent 51 percent of African exports, the EU concentrating 40 percent. The sudden and durable paralysis of these economies may quickly and massively affect African economies, leading to a drop of at least 1.4 percent of the growth rate of the continent, bringing it down to 1.8 percent. Some countries which were emerging are brought to a standstill.

In Morocco, for example, 57 percent of companies have suspended their activities. This crisis may have a deeper impact on more vulnerable countries, and international organizations fear a famine which could affect more than 200 million Africans.

In light of this worrisome scenario, some European leaders have considered the possibility of cancelling the debt of African states in order to allow them to direct their efforts and resources towards economic recovery and the improvement of their health care systems. There is, however, a debate as to whether I would be a genuine and complete cancellation of the debt or a simple moratorium. 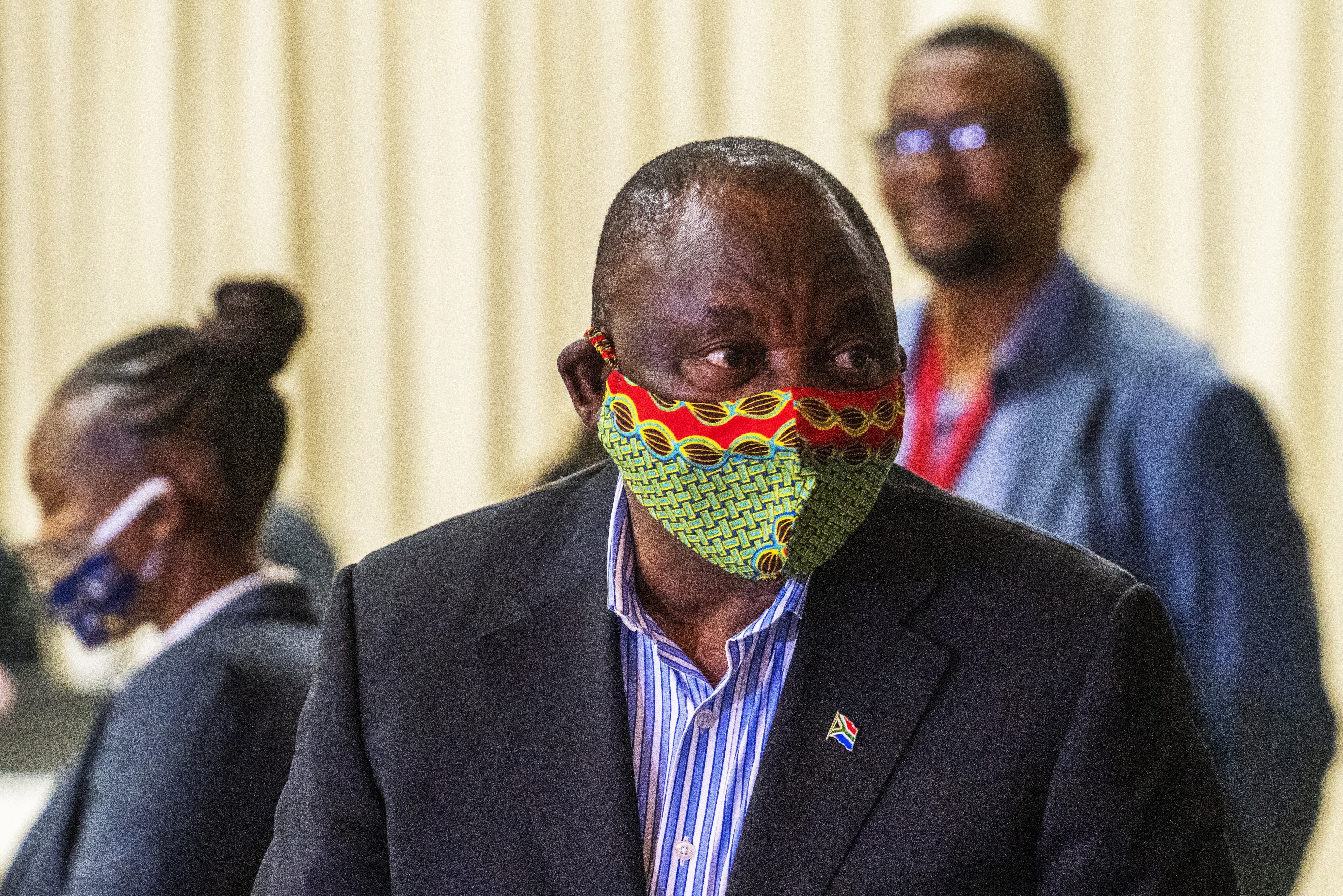 On its end, China has been the first to offer help to Africa, becoming the natural target of criticism from Western media, and is now accused of leading "mask diplomacy" to draw attention away from their so-called responsibility for the planetary diffusion of the virus. Since March 1, China has sent over 1.33 billion euros of various medical equipment (3.86 billion masks, 37.5 million protective clothes and 16,000 ventilators according to Chinese customs) to more than 80 countries worldwide, including in Africa.

Furthermore, private players such as the Jack Ma Foundation and the Huawei Group have provided thousands of protective gowns, test kits and masks. In April, through bilateral aid, medical equipment was provided to more than twenty African countries, including to a countryside hospital in Algeria. This aid is consistent with the traditional Chinese policy towards Africa, a policy which has left grateful memories to many Africans since the sixties and the help of Barefoot doctors.

But this particularly important relationship between China and Africa has recently suffered after recent incidents in Guangzhou against the African community, which have led to racist reactions from local authorities as well as inhabitants. This kind of behavior should be firmly condemned.

Despite this conduct being isolated, its influence, under the pressure of media, has gathered all the attention of high-level Chinese officials. Because of the colonial past of Africa, the issue of racism is especially sensitive for African populations and is a phenomenon which should be tackled with the utmost determination.

This Chinese aid has been stigmatized by Western media who claim it is a strategy of conquest of influence in Africa, a "soft power" policy very different from humanitarian concerns. In comparison, can one really believe that the development aid offered by Europeans is without a hidden agenda? Dispensaries built with European financing, as well as medical and school equipment generously gifted by Europe have "European Union Donation" labels on them.

The truth is that in the current situation, the most important matter should be reactivity. And bureaucratic European policies seldom allow emergency interventions such as the one led by China in Africa. Therefore, China's aid is very much welcome by African countries.