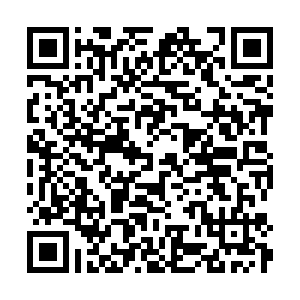 Editor's note: Yasiru Ranaraja is a maritime regulations and BRI developments expert. Maya Majueran is a Ph.D. candidate at the State University of Kalaniya researching the BRI. The article reflects the authors' opinions, and not necessarily the views of CGTN.

Sri Lanka is considered a vital part of China's Belt and Road Initiative (BRI) because of its strategic geographical location. However, due to the increase of commercial financing of BRI projects in Sri Lanka, the term 'Debt Trap Diplomacy' was coined in the last few years as a way to discredit the relationship between China and Sri Lanka.

The term 'Debt Trap' is now being disputed by numerous renowned academics since the general public has access to government's debt portfolio. Prominent think-tanks have published a number of research articles after undertaking comprehensive analyses and concluded that none of these sources suggest China is 'Debt-Trapping' the island.

In recent years, China has expanded its support for global health, and in January 2017, China and the World Health Organization (WHO) agreed to jointly establish the "Health Silk Road" under the BRI. By August 2017, China made public financial commitments towards building a resilient health system at the BRI Forum for Health Cooperation, highlighting an initiative "Towards a Health Silk Road" by enabling its member states to further cooperate within the BRI.

China is not only one of Sri Lanka's key trading partners and investors but has also been one of the most important donors by providing aid and technical assistance, which has contributed to Sri Lanka's healthcare improvements.

Even though China officially established the "Health Silk Road" in 2017, China's support in Sri Lankan healthcare can be traced back to 1967 as the two countries worked together on donating corneas. At present, around 1,500 corneas have been flown to China for transplant annually, and China is the second-largest recipient of cornea donations from Sri Lanka. 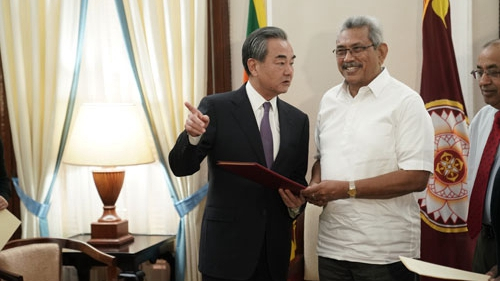 The present fight against the COVID-19 pandemic with a lack of resources and considerably limited capacity threshold in Sri Lanka led the Sri Lankan government to turn to the international community for aid and technical assistance. As a result, China was one of the countries to step up and coordinate with assistance, the first to respond was the companies that are involved in major projects in Sri Lanka, donating a large number of medical supplies such as masks, PPE, and test kits.

However, in terms of Chinese funding, Sri Lanka is considered as one of the countries to receive the largest quantity of Chinese aid, in which the healthcare sector receives around 20 million dollars annually. One of the landmark projects was completed when China provided a grant to the Sri Lankan government to build a nine-story new wing of the Lady Ridgeway Hospital which was opened in the year 2000.

Another landmark project is the Kidney Hospital in Polonnaruwa, initiated as result following a request by former President Maithripala Sirisena to the Chinese government in 2015. It is expected to be opened by the end of 2020. The new Chinese-funded hospital in Polonnaruwa will consist of a 200-bed ward complex, OPD with 100 dialysis machines and six modern operation theaters, which will be constructed at a total cost of nearly 80 million dollars.

Nonetheless, Polonnaruwa is an ancient capital of Sri Lanka and also known to have one of the world's first hospitals back in the eleventh century. The "Alahana Pirivena" belongs to the reign of King Parakramabahu I in the Polonnaruwa era, which was a part of a wider network of medical practices along the region, and the Silk Road played an important role in spreading medical knowledge during these times.

Also, some written sources from the fifth century and later centuries testify that acupuncture, the great healing art that came from China during ancient times was known in ancient Sri Lanka. This medical practice has been known to ancient monastic hospitals of Sri Lanka and indicates the diffusion of the science between South Asia and China.

This relationship between China and Sri Lanka started back in ancient times along the Silk Road. The reason why the relationship is quoted now with the propagated term "Debt Trap" diplomacy is mainly because China was a frontrunner in funding projects in Sri Lanka.

The untold fields of partnerships such as Health Silk Road between Sri Lanka and China could help people from both countries. Similarly, if these areas are under-reported in local media, it can also build a baseless narrative as a "Debt Trap" due to lack of research based on local primary sources of information.