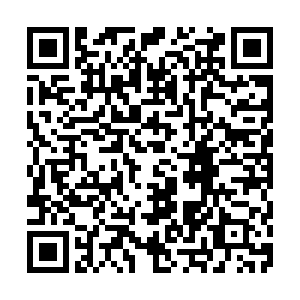 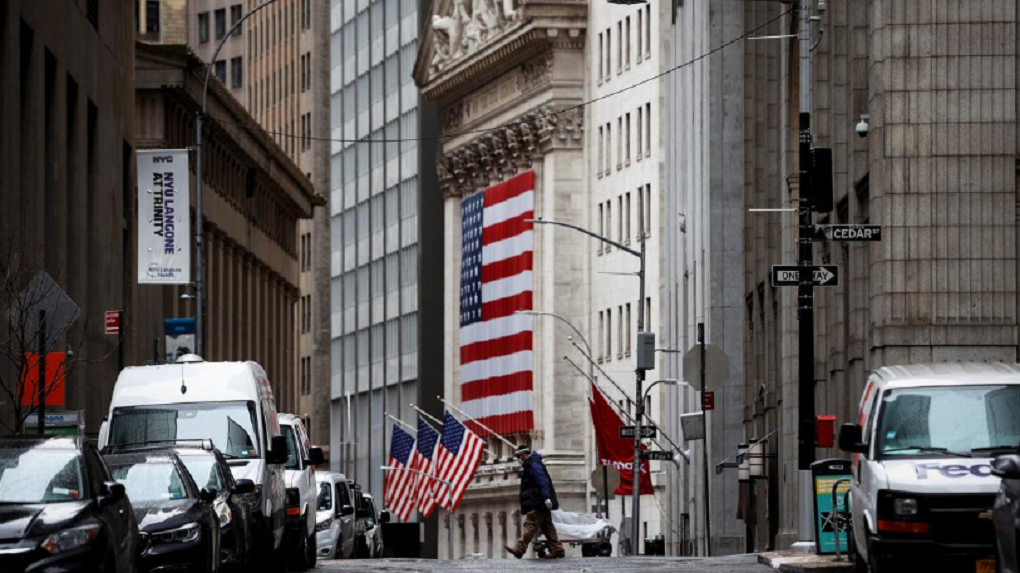 A man crosses a nearly deserted Nassau Street in front of the New York Stock Exchange (NYSE) in the financial district of lower Manhattan during the outbreak of the coronavirus disease (COVID-19) in New York City, New York, U.S., April 3, 2020. /Reuters

A man crosses a nearly deserted Nassau Street in front of the New York Stock Exchange (NYSE) in the financial district of lower Manhattan during the outbreak of the coronavirus disease (COVID-19) in New York City, New York, U.S., April 3, 2020. /Reuters

Wall Street rallied on Friday, led higher by Apple and Microsoft as investors finished a turbulent week of trading and some states prepared to relax coronavirus-related lockdowns.

Apple and Microsoft each climbed more than 1 percent, lifting the S&P 500 more than any other companies. The two tech titans are on tap to report their March-quarter results next week, giving investors a glimpse at how the pandemic has affected their global businesses.

Boeing Co tumbled more than 6 percent after a report the planemaker was planning to cut 787 Dreamliner output by about half.

All of the 11 S&P 500 sector indexes moved up, with information technology jumping 2.1 percent and materials rallying 1.5 percent.

Even with Friday's gains, the S&P 500 ended the week lower, with investors fearful of a deep economic slump following a near-crash in April business activity and weekly jobless claims topping 26 million in five weeks.

The index has recovered more than 25 percent from its March low and expectations are growing that more businesses will be allowed to reopen as coronavirus infections showed signs of peaking.

Georgia became the first state to push ahead with its plan to allow an array of small businesses to reopen on Friday despite disapproval from President Donald Trump and health experts.

Investors may be overestimating how quickly U.S. businesses can go back to normal, and the S&P 500 could fall 5 percent or more as it becomes evident that resuming normal economic activity may not happen for months, warned Eric Freedman, chief investment officer at U.S. Bank Wealth Management in North Carolina.

"We think this is likely to be a little bit of a sideways market, and we won't be surprised to see a bit of downside before we see more upside," Freedman said.

New orders for key U.S.-made capital goods unexpectedly rose in March, but the gains are not likely to be sustainable amid the pandemic, which has abruptly shut down the economy and contributed to a collapse in crude oil prices.

The CBOE volatility index , known as Wall Street's fear gauge, was down for the third straight session.

Amazon rose 0.4 percent to a record high close ahead of its quarterly report on Thursday. With online shopping booming as people avoid traditional stores, Amazon's stock market value has ballooned by over 100 billion U.S. dollars since February 19, just before coronavirus fears gripped Wall Street. The Dow Jones Industrial Average jumped 1.11 percent to end at 23,775.27 points, while the S&P 500 gained 1.39 percent to 2,836.74.

Advancing issues outnumbered declining ones on the NYSE by a 1.65-to-1 ratio; on Nasdaq, a 2.00-to-1 ratio favored advancers.

Volume on U.S. exchanges was 10.2 billion shares, compared with a 12.5 billion-share average over the last 20 trading days.