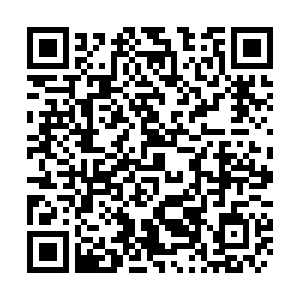 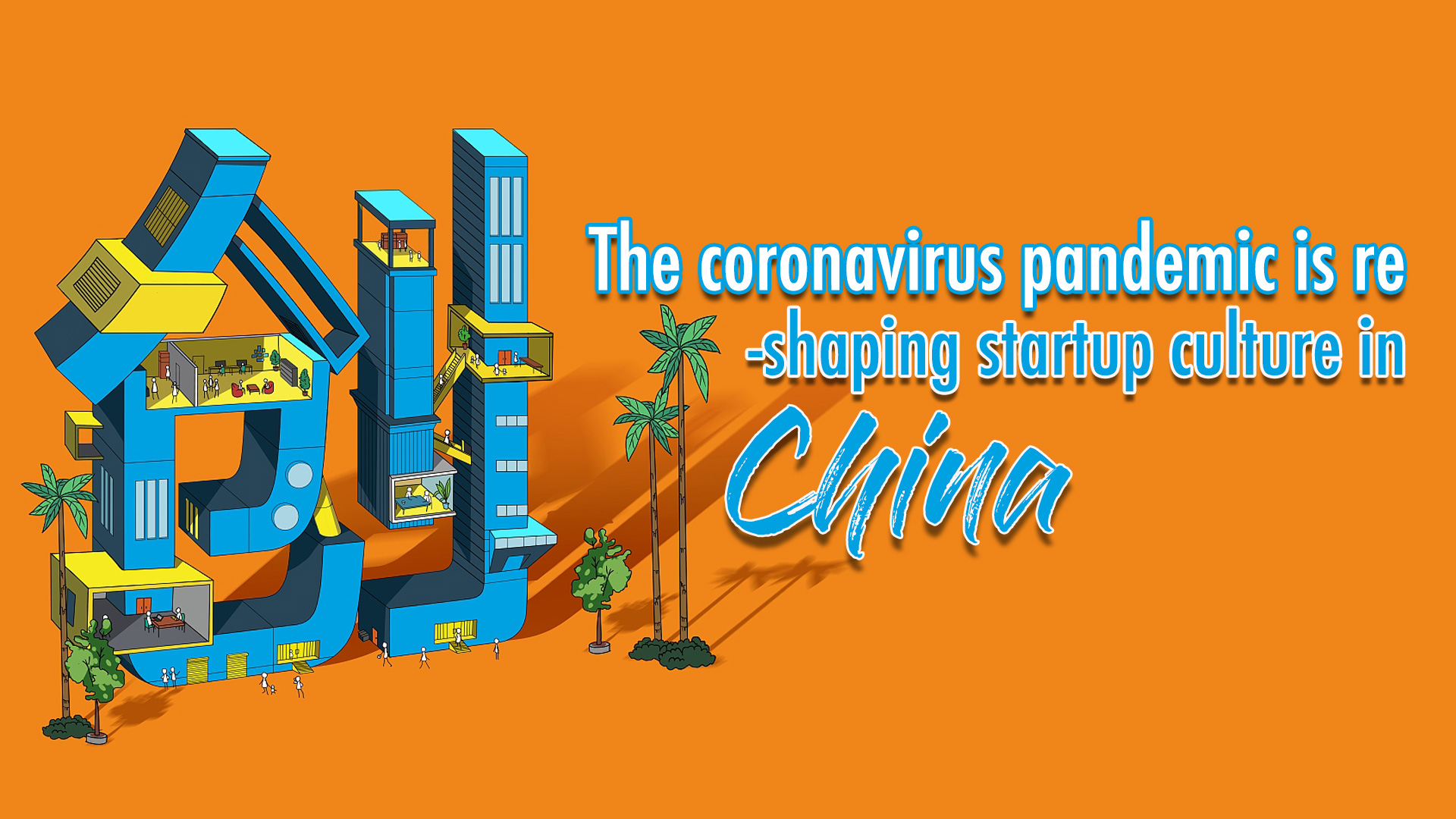 The past few months have been a rollercoaster ride for Abel Zhao, CEO and co-founder of TravelFlan, a Hong Kong-based AI-enabled travel startup. After raising seven million dollars in Series A funding late last year, he was prepared to expand his team. Then the coronavirus hit, and his business was down to zero.

"We lost 99.9 percent of our businesses in two weeks after the coronavirus hit," he said. "From January 17, there was no commercial activity on the travel side. We tried to launch a new service, but we did not have any resources."

The pandemic led to a profit free fall in industries such as travel, retail, and hospitality. Startups in industries, which find demand is drying up and operations are unable to be carried out are among the hardest-hit. Some are laying off workers to cut costs, others scramble to secure another round of funding, hoping to make it through the end of the year.

For those who tried to extend their capital lifeline and failed, they had to close their businesses, temporarily or permanently.

According to a report by Startup Genome, the Chinese ecosystems were hit first by the coronavirus, with funding declining over 50 percent in the first two months of the COVID-19 crisis, followed by Asian ecosystems, and then by most of the world.

Globally, around 41 percent of startups are in the "red zone" – with three months or less of cash runway left – which means that four out of every ten startups will die in the next three months if they do not raise additional capital and their revenues and expenses stay unchanged. 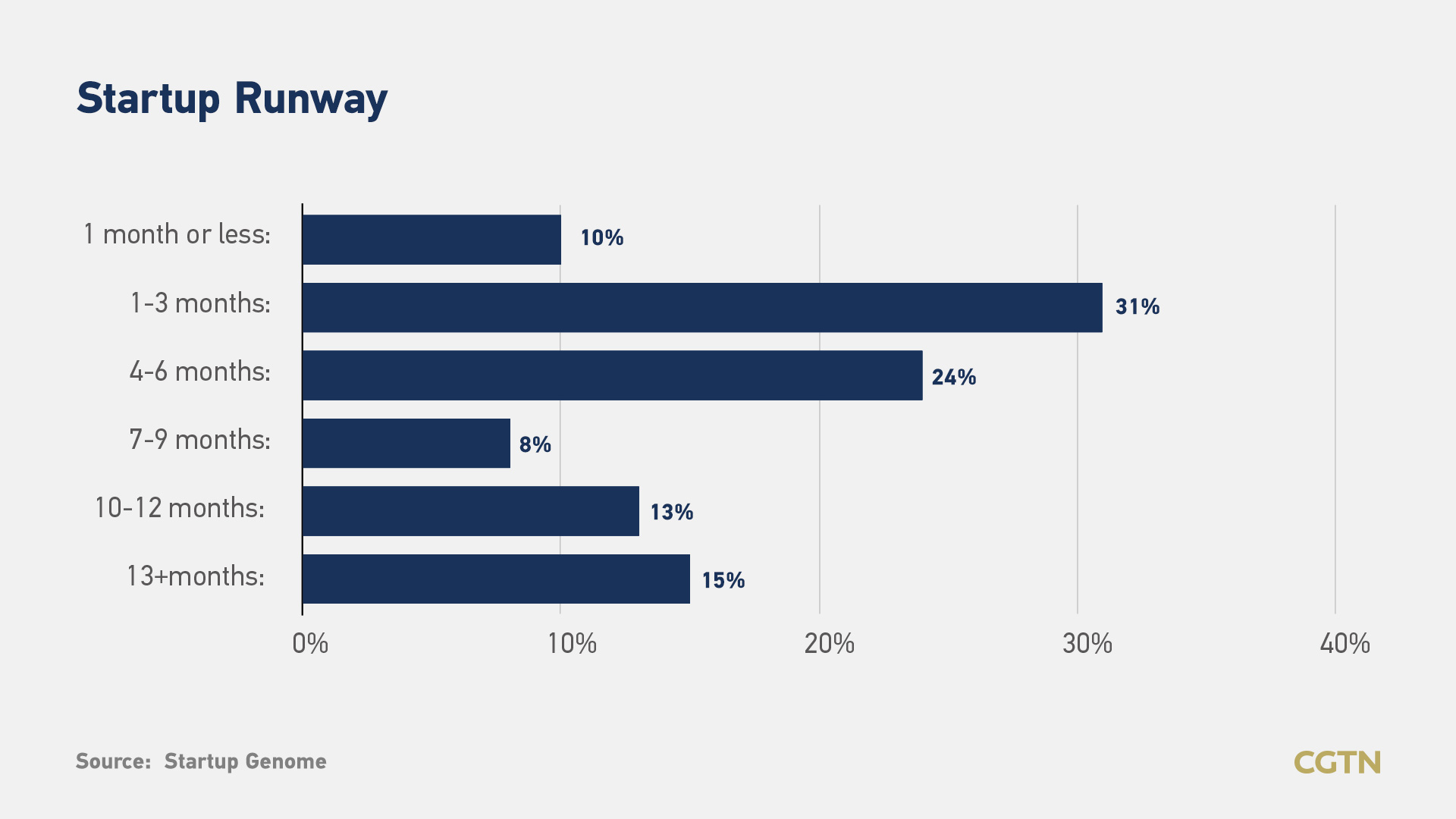 That was a precipitous drop from the average monthly revenue of last year of around 1.8 million yuan.

Compared with many in the traditional offline food industry, Jia was fortunate. Since most of the stores are franchisees, the company does not have much manpower or rent-related pressure. Suppliers, who have cooperated with the company for years, told Jia that he could pay back the money he owed them when the business went back to normal.

But there are no clear signs that business is getting better. People are slow to begin going out for food or ordering delivery, Jia said. Half of his customers now are taking home-made food to the workplace. 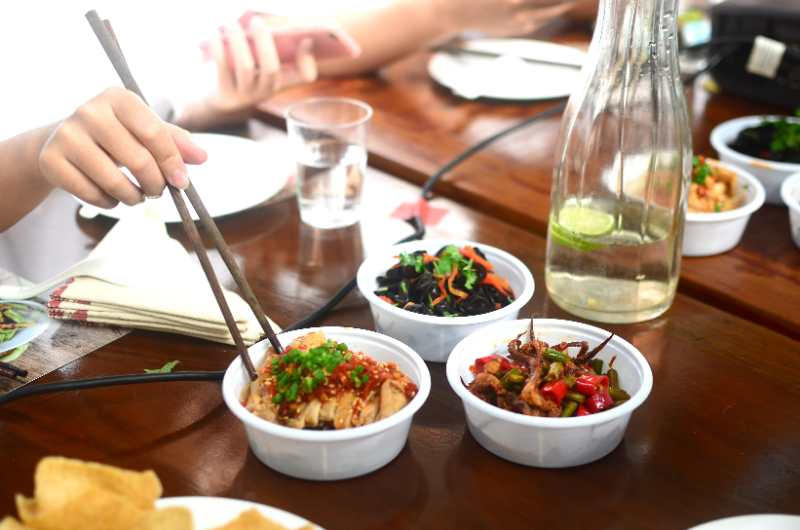 And that is not the only reason that makes the business growth slow: in response to the no-gathering-requirement to contain coronavirus, the stores have to be closed during peak business hours.

"Our cheaper set meals now are much popular than before, which means that charging more from our customers is not a wise choice," Jia said. He plans to adapt his business models and innovate the menu to gain more customers.

"That is an enormous challenge," he conceded.

Startups are companies that always run in environment of uncertainties. They are designed to adapt fast, said Oscar Ramos, partner and managing director of Chinaccelerator, a Shanghai-based startup accelerator.

Uncertain times like now are great opportunities for entrepreneurs because consumers and investors are more open to changes, he said. "If you are small, you might be able to move fast."

Zhao, CEO and co-founder of TravelFlan, was among the few who responded quickly. Two weeks after his travel business went down to zero, he launched an e-commerce platform and started selling lifestyle products. He first tried to sell protective equipment like masks and sanitizers through live-streaming, then that expanded into cosmetics, and later he took on the coffee market, selling 12,000 cups of coffee in the South Korean market in a single day. A delivery man in a protective mask carries food on a motorbike in Wuhan. /VCG

A delivery man in a protective mask carries food on a motorbike in Wuhan. /VCG

The startup now tries to integrate travel-related services along with lifestyle and he is drafting a few different business models. Its first quarter revenue for this year now reached 20 million Hong Kong dollars, only seven million short of the full-year profit of last year.

But its fast business expansion does not mean that it is exempted from the hit. The startup, which initially planned to expand from 25 people into 45 after it closed the Series A round, imposed a hiring freeze after the coronavirus outbreak and now with a new business on the line, one employee is in charge of doing the work of two, according to Zhao.

More startups may come out of the coronavirus leaner. According to Startup Genome, since the beginning of the crisis 74 percent of startups have had to terminate full-time employees. And 39 percent of all startups had to lay off 20 percent or more of their staff.

For startup founders who are accustomed to burning capital to float their entrepreneurial dreams, the coronavirus pandemic is a wake-up call that they need to rethink their business operation.

Cost-saving measures are critical to the survival of startups, said Ramos. "Since the goal of startups is to scale, we recommend every single startup to be more efficient because efficiency helps scale things faster."

One of the companies he invested in, after being told to streamline its business, decided to skip a round of funding one month into adopting cost-saving measures. It realized that by cutting cost, it can manage to keep its business afloat.

But what really made a difference for the company was focussing on their customers and their needs, he emphasized, "by doing so with less resources shows the scalability potential."

To secure another round of funding is not going to be as easy amid the coronavirus. In the first six weeks of the year, deal volume and capital raised in China had fallen by more than 60 percent compared with the same period last year, according to Pitchbook data. 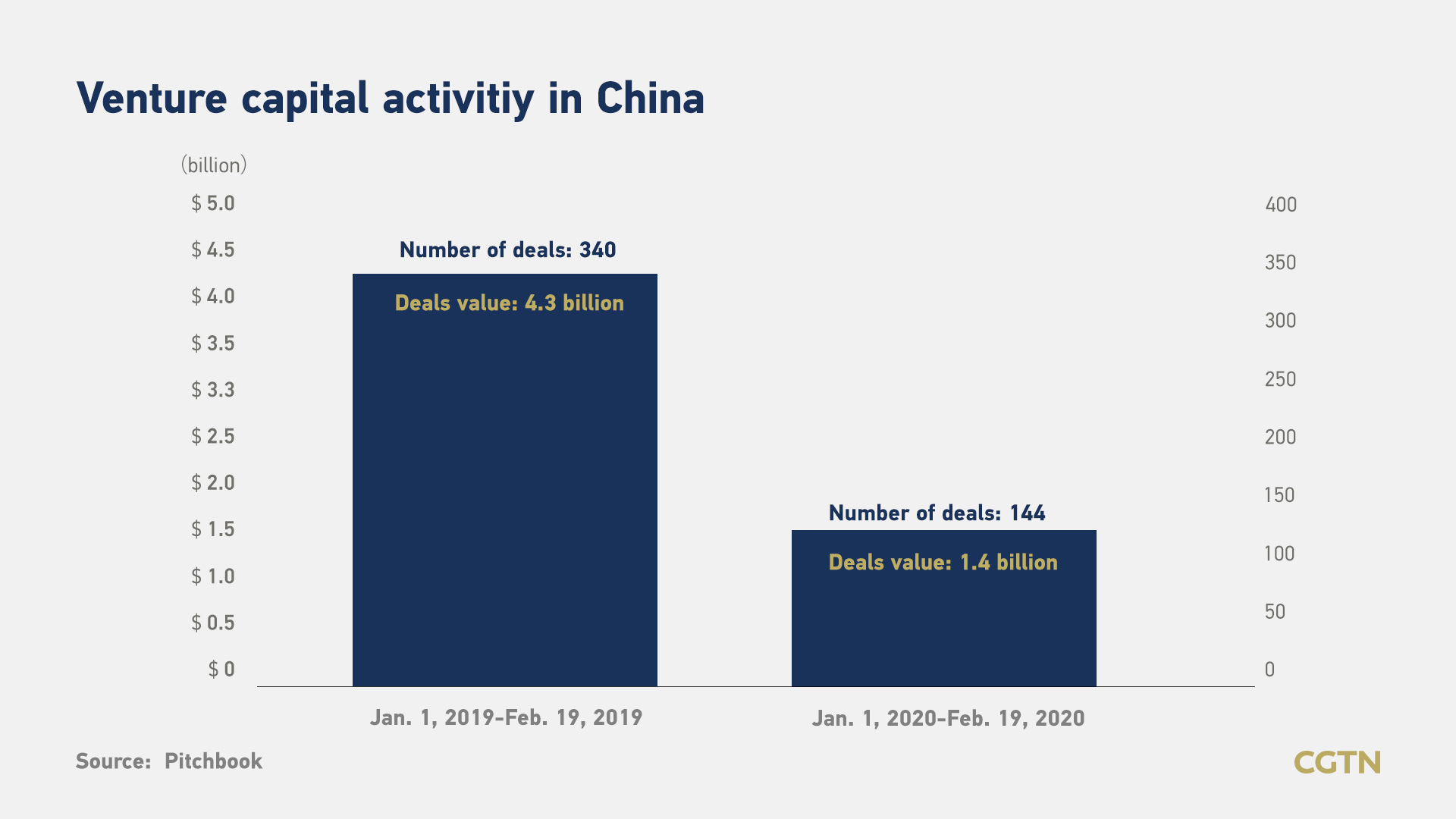 Zhao, who tried to close Series A plus round for his company, is still talking to investors about potentiality closing the round. He has noticed a more cautious approach among investors.

For early stage investors, most of the time they want to see the co-founders as a due diligence process, and now they can't do that, he explained. He said, he was happy that investors are still willing to keep in touch.

Ramos from Chinaaccelerator said he is still looking at new deals, but the speed at which he is meeting companies is not as fast as before the coronavirus.

Nan Guo, a senior investment manager for fintech and industrial internet of things, said investors are less optimistic these days. "People want to put their money in safer places when the economy is bad."

He advised startups to adapt to the new market conditions and concentrate on delivering products that the market needs. 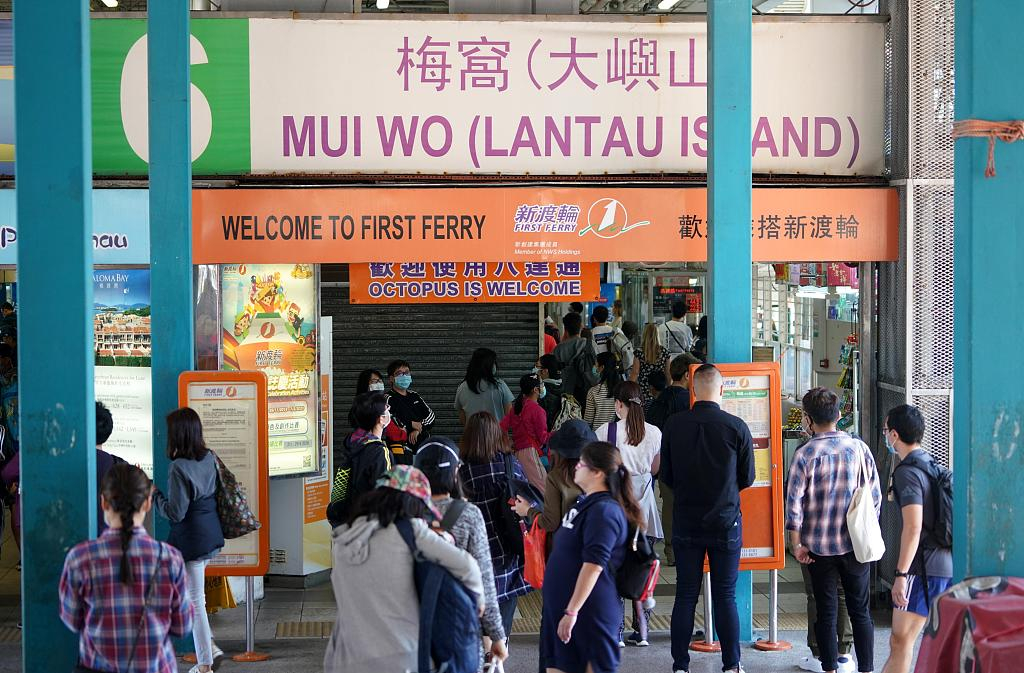 Some of the most successful startups in the last decade were created during a market downturn. For example, over 50 tech unicorns started during the 2007-2009 recession and are now valued collectively at 145.2 billion dollars, including Slack, Uber, and Airbnb.

Investment is only one part of the success of the company, said Ramos. The coronavirus forces companies to re-examine their business model, to streamline their business, and achieve higher efficiency.