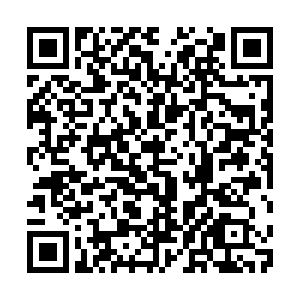 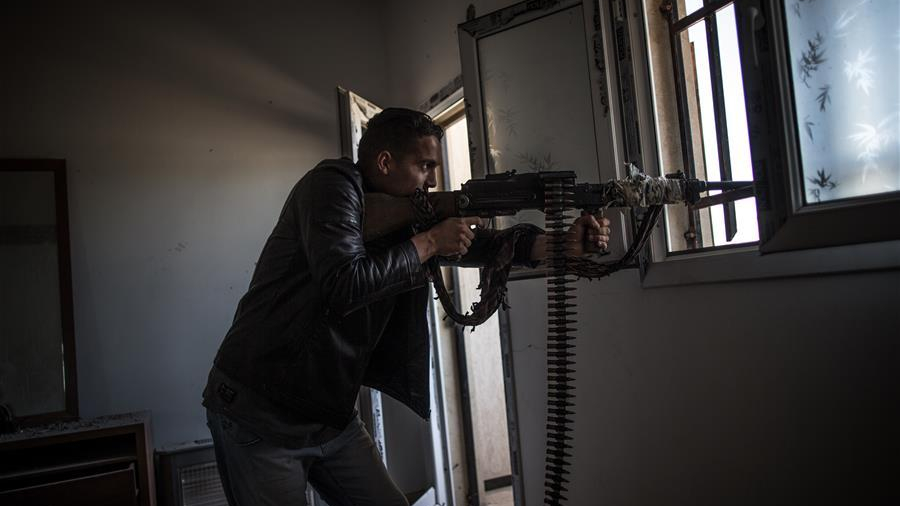 A fighter from forces of the UN-backed Libyan government is seen in Salah Al-Din frontline, Tripoli, Libya, May 6, 2019. /Xinhua

A fighter from forces of the UN-backed Libyan government is seen in Salah Al-Din frontline, Tripoli, Libya, May 6, 2019. /Xinhua

Editor's note: Azhar Azam works in a private organization as a market & business analyst and writes about geopolitical issues and regional conflicts. The article reflects the author's opinion and not necessarily the views of CGTN.

The United Nations World Food Program (WFP) on Tuesday cautioned that the number of people facing acute food insecurity could soar from 135 million in 2019 to 265 million in 2020 due to the coronavirus pandemic.

Africa accounted for more than half of the starving population worldwide last year. It would likely be the most affected landmass in 2020 too.

As the deadly respiratory disease continues to cause tragic human losses and impact social and economic orders across the world, the International Monetary Fund (IMF) Managing Director Kristalina Georgieva said on April 17 that Africa could see its GDP contract by at least 1.25 percent this year – the worst reading on record.

WFP and IMF predictions followed an African Union (AU) study that earlier this month projected some 20 million jobs were at risk in the continent as a result of the intensive economic blow by the COVID-19.

Even though Africa has generally escaped from the lethal ramifications of the pathogen, the impact on the employment would be staggering.

In addition to experiencing acute food insecurity and several socioeconomic vulnerabilities, the surge in terrorist activities in Africa – particularly the collaborative attacks by the offshoots of ISIL and Al-Qaeda in the parts of Sahel, the Lake Chad Basin region and the Horn of Africa and expanding reach of Al-Shabaab in Somalia and East Africa – pose a significant threat to peace and security in the continent.

People of the impoverished region have paid a high cost because of terrorist activities, the UN said in February amid a devastating five-fold rise in attacks that killed more than 4,000 civilians and military personnel in Burkina Faso, Mali and Niger since 2016. Survivors were badly needing safety, food and water "everywhere."

While the coronavirus pandemic drags, the Boko Haram group has stepped up attacks across various parts of West Africa including Nigeria, Cameroon, Chad and restive northern part of Egyptian Sinai Peninsula.

Armed groups are visibly taking advantage of the COVID-19 to expand their influence, spur violence and recruit members.

The viral respiratory illness has been advantageous for terrorist organizations in Africa. The killing of three Chinese nationals this month in the mining area of the Democratic Republic of Congo (DRC) was evidence that the extremists are making use of the Congolese government's focus on the coronavirus and away from fighting them. 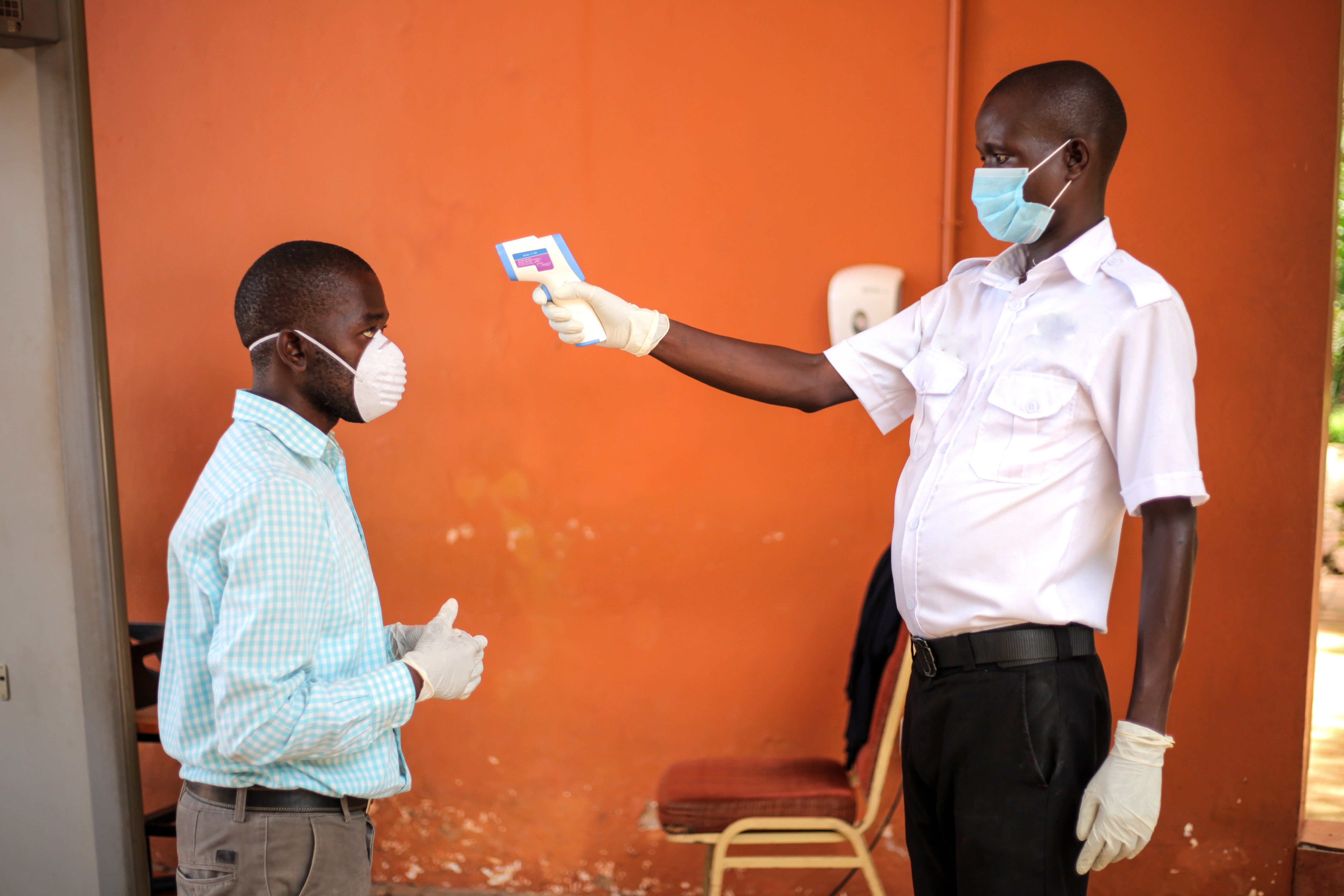 A man has his temperature checked by a security worker before entering a conference hall in Kampala, Uganda, March 24, 2020. /Xinhua

A man has his temperature checked by a security worker before entering a conference hall in Kampala, Uganda, March 24, 2020. /Xinhua

Amid declining GDP, job losses, plunging oil prices, slowed economic activities, stringent social distancing measures and rising terrorism – the 1.3 billion African people are exposed not only to the scourge of hunger and poverty but are also at risk of falling victims to terrorism.

The worsening circumstances provide an opportunity to radicals to exploit vulnerable people and incite them for an armed resistance against their governments.

The lack of access to services such as education, healthcare, justice and security is a breeding ground for insurgency.

If the lockdown continues for a longer time, there is growing risk that terrorists might succeed in enrolling the underprivileged.

General Stephen Townsend, the commander of U.S. Africa Command, earlier this month warned that the terrorists were taking the pandemic as a godsend to take advantage of distracted global attention.

"While we might like to pause our operations in Somalia because of the coronavirus, the leaders of Al-Qaeda, Al-Shabaab and ISIL have announced that they see this crisis as an opportunity to further their terrorist agenda so we will continue to stand with and support our African partners," Townsend said.

Africa is surely seeing a spike in coronavirus infections with more than 25,000 confirmed cases and over 1,200 deaths. The spreading outbreak is accompanied by growing terrorism.

On one side, the African people are bottled up by destitution, malnutrition, hunger and now the COVID-19. On the other, they are massacred by terrorists for rejecting their proposal of armed resistance.

The increased terror attacks by affiliates of ISIL and Al-Qaeda shows that Africa is becoming the new epicenter of extremism.

Surely, extremism needs to be decimated by strengthening the regional forces but some joint, tangible efforts should also be wielded to resolve the longstanding grievances of the people – without whom, the dream of sterilizing Africa from terrorism can't be achieved.