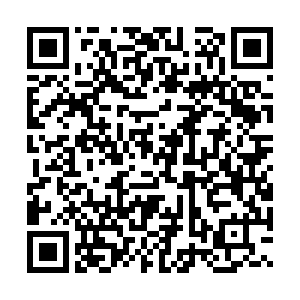 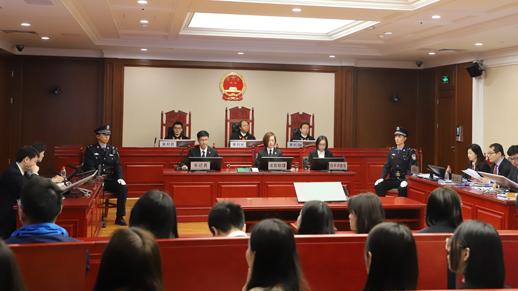 Editor's note: Wu Peicheng is a PhD candidate in law at Shanghai Jiao Tong University and UNSW, Sydney. He used to intern in the IP tribunal of the Supreme People's Court of the PRC. The article reflects the author's opinions and not necessarily the views of CGTN.

IP protection was an important issue discussed by the parties during the China-U.S. trade conflict, and relevant provisions related to increasing IP protection standards in China were included in the phase one economic and trade deal between China and the United States.

China has made great efforts in protecting IP for both foreign and domestic parties in the past few years. It is an excellent time to review the breakthroughs in China's IP judicial protection in 2019 as the world celebrates Intellectual Property Day.

As claimed in the Agreement on Trade-Related Aspects of Intellectual Property Rights (TRIPs), IP rights, including patents, trademarks, copyright, trade secrets and so on, are civil rights. Therefore, judicial protection is the predominant approach to protect IP in China as in most jurisdictions around the world.

On April 21, the Supreme People's Court (SPC) released an annual report named Intellectual Property Protection by Chinese Courts (2019) to show efforts of Chinese courts to protect IP over the past year. The main breakthroughs in China's IP judicial protection in 2019 can be described as follows:

First, the SPC IP Court commenced operations. According to the decision of the Standing Committee of National People's Congress, the SPC set up an IP court to hear all appeal cases of technology-related IP disputes, including anti-monopoly cases, in 2019.

It was the first time that a country's supreme court adjudicated IP-related appeal cases directly anywhere in the world. Before the IP court was established, appeal IP cases were mainly handled by each province's high people's courts.

Francis Gurry, director-general of the World Intellectual Property Organization (WIPO), thought highly of the SPC IP Court and said it embodies China's commitment to protecting IP rights and its determination to provide fairer and more efficient protection for IP.

Second, Chinese courts, particularly the SPC, engage in the enactments and amendments of relevant IP-related laws and judicial interpretations. Chinese IP judges actively participate in the enactments or revisions of IP laws such as the Civil Code, Patent Law, Trademark Law, Anti-Unfair Competition Law, Copyright law, Regulations on the Implementation of the Trademark Law, and Regulations on the Protection of New Plant Varieties. 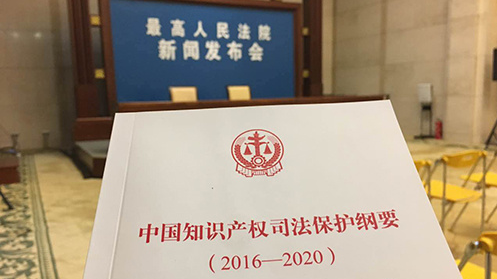 The Outline of the Judicial Protection of Intellectual Property in China (2016-2020) released by China's Supreme People's Court in Beijing, China, April 24, 2017. /Xinhua

The Outline of the Judicial Protection of Intellectual Property in China (2016-2020) released by China's Supreme People's Court in Beijing, China, April 24, 2017. /Xinhua

Both the WIPO Director General Francis Gurry and SPC Justice Tao Kaiyuan wrote forewords in the book. The book shows the leading IP cases handled by the SPC in both Chinese and English and provides the international community with an opportunity to learn more about China's IP protection methods.

Justice Luo Dongchuan held over 20 meetings with delegates from foreign courts or international organizations to exchange IP protection information with others. Considering the impressive achievements of China's IP judicial protection, Judge Abdulqawi Ahmed Yusuf, president of the International Court of Justice, believes that China's achievements in law are not only reflected in the country's overall effort to develop the rule of law but that its achievements in specific areas in IP field also deserves admiration.

There is some mature experience in the U.S. and the EU that can be studied to improve Chinese anti-monopoly legal practices in the IP field, maintaining the balance between IP protection and a healthy competition order. Therefore, China is now enacting and will publish the anti-monopoly guidelines in IP filed soon.

It is obvious that China has made great progress in IP judicial protection and fulfilled its commitment to the World Trade Organization and other bilateral agreements. What Western societies should do is closely cooperate with China instead of holding a bias against China in terms of IP issues.