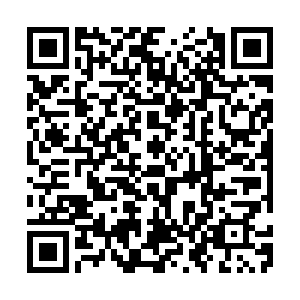 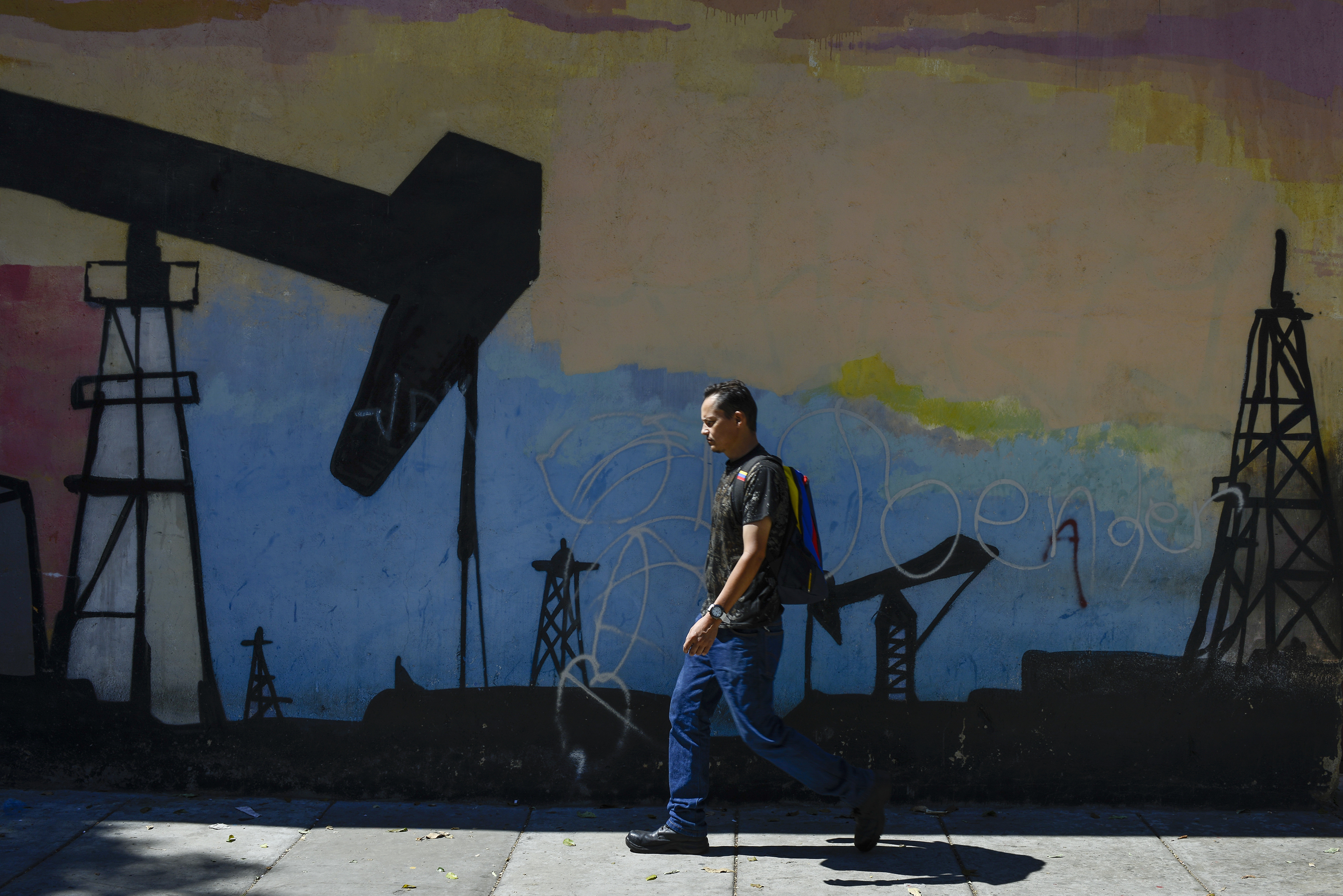 The price of Venezuelan oil has fallen to below 10 U.S. dollars a barrel – its lowest level in more than two decades, the government said on Friday.

Since 2017, the government of President Nicolas Maduro has announced its oil prices in yuan rather than dollars in protest over U.S. sanctions.

The weekly price – last year averaging 56.70 U.S. dollars and at 61.41 in 2018 – has fallen through the floor since the coronavirus pandemic began.

Oil prices have been sliding since 2014 and exacerbating the country's ongoing economic crisis that has pushed almost five million Venezuelans to leave the country, according to UN figures.

Venezuela is almost entirely dependent on its oil revenues, which account for around 96 percent of its income.

"It is an extremely extreme situation," oil expert Francisco Monaldi said this week in a meeting with the country's Foreign Press Association.

"Venezuela would normally need prices of more than 30 U.S. dollars (a barrel) to make it attractive to continue drilling and pay royalties," he said. "What we are experiencing is a kind of Armageddon."

The Venezuelan government blames that on U.S. sanctions, including those on its state oil company PDVSA, but some analysts say the country has failed to invest in or maintain infrastructure.

The South American country has the largest oil reserves in the western hemisphere. Between 2004 and 2015, the country earned 750 billion U.S. dollars from its oil exports, when the oil price peaked in 2011 and 2012 with an annual barrel average of 101.06 and 103.42 respectively.

Despite a national lockdown because of the coronavirus, protests have bubbled up across the country as people experience shortages of food and medical necessities.

At least 10 people have died from COVID-19 in Venezuela, with just over 300 infections, according to a tally by Johns Hopkins University. 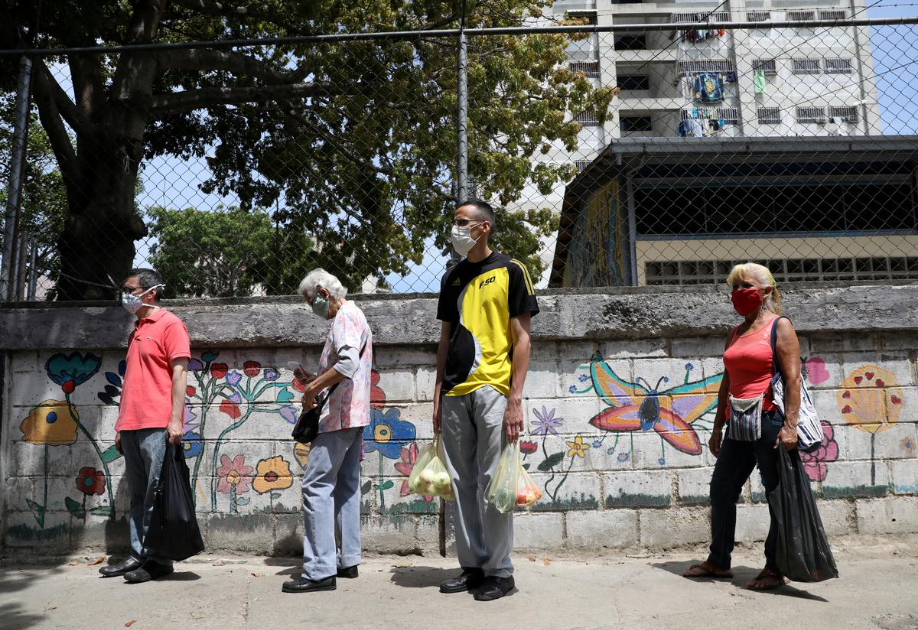 People wearing protective masks line up at a vegetable street market during a nationwide quarantine, in Caracas, Venezuela, April 23, 2020. /Reuters

People wearing protective masks line up at a vegetable street market during a nationwide quarantine, in Caracas, Venezuela, April 23, 2020. /Reuters

Venezuela's government on Friday set new price controls for more than two dozen products and announced the takeover of a cooking oil producer as food shortages rose amid coronavirus pandemic.

Vice President Delcy Rodriguez also announced the government will supervise the food and beverage producer Empresas Polar as part of a slew of steps to try to control prices and slow inflation.

Inflation was 124 percent in the first three months of 2020, according to the central bank, and has been worsened by the pandemic. Plus, the acute fuel shortage has complicated the transport of goods, which in turn, prompted a rise in consumer prices

"There is no reason or justification for this arbitrary measure," Empresas Polar's chairman, Lorenzo Mendoza, said in a statement calling on the government to walk back the move targeting Alimentos Polar, the company's food unit, which manufactures many Venezuelan staples including corn flour dough.

The move toward price controls marks a shift away from a gradual liberalization of economic policy in the OPEC nation. Last year, President Nicolas Maduro relaxed enforcement of decades-old price controls and eased restrictions on the use of foreign currency.

That has not been enough to turn around a six-year economic recession marked by hyperinflation, shortages of basic goods and a collapse in public services such as electricity and water. Gasoline shortages have grown worse in recent months, prompting sporadic lootings in eastern Venezuela last week.

The government also said it would supervise the sales of Plumrose, a meat producer, and a 180-day intervention at cooking oils producer Coposa. It also announced fixed prices on 27 basic products.

"Despite the economic situation we face, plus the problems of supply of fuel and electricity, among others, we continue to produce and distribute quality food at prices adjusted to economic reality and in compliance with Venezuelan laws," Mendoza said in the statement.