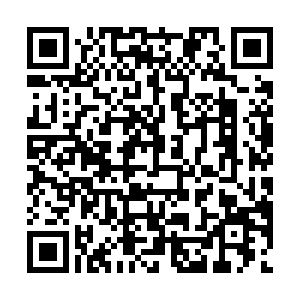 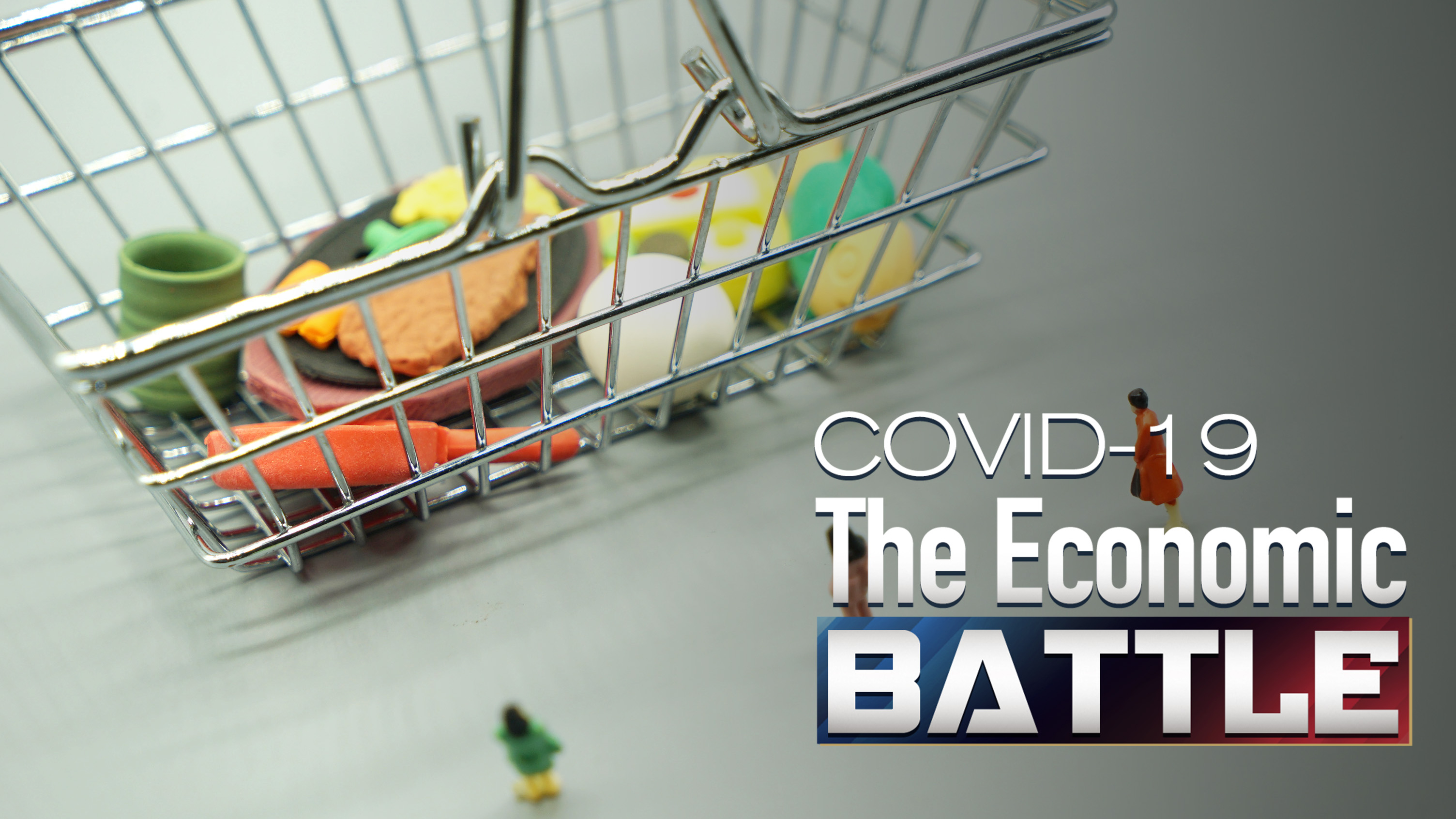 The enthusiasm for shopping of the Chinese people has been heavily ravaged by the coronavirus outbreak, but a minor rally has been seen as digital consumption is helping stimulate the economy with the help of electronic shopping vouchers.

According to data from National Bureau Statistics, China's total retail consumer goods sales in the first quarter tumbled by 19 percent year-on-year to 7.86 trillion yuan, slightly rebounding from a drop of 20.5 percent in the first two months, while the sales in March fell by 15.8 percent, 4.7 percentage points narrower than that in January-February period.

In order to reverse the downward trend, Chinese authorities released a guideline in early March to boost consumer spending and unleash the potential of the domestic market. A series of Chinese cities have rolled out voucher programs, which are used in offline stores in various sectors.

Most local governments chose to issue electronic shopping vouchers online through cooperation platforms such as Alipay, UnionPay and Tencent.

Statistics from Alipay show that more than 50 cities across the country have issued vouchers via Alipay worth over 10 billion yuan. 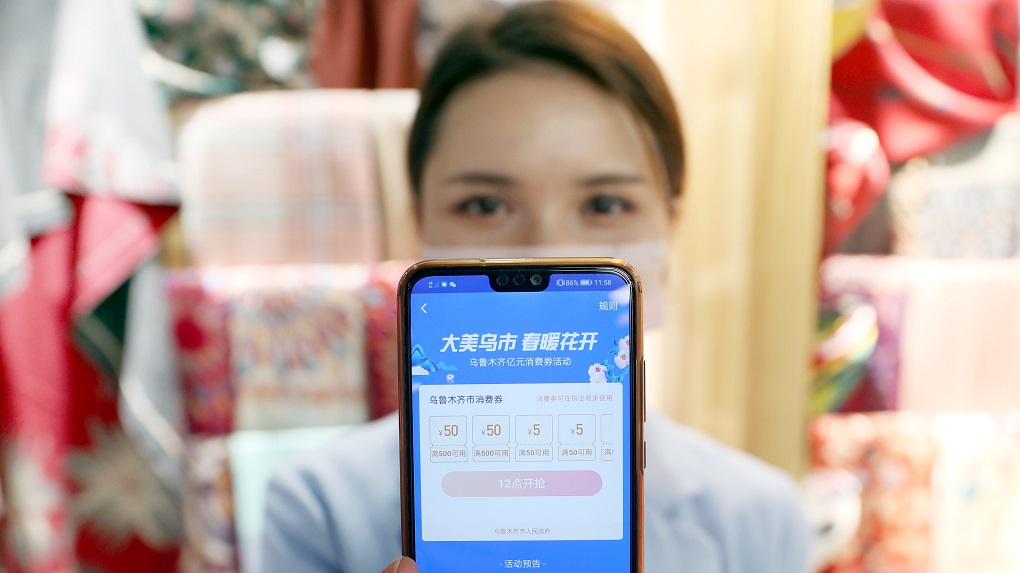 Meanwhile, major e-commerce companies have launched coupons for their own platforms.

Last Thursday, Shanghai announced it will hold a shopping gala on May 5 to boost consumers' confidence, and it has already attracted more than 7.7 billion yuan in consumer coupon subsidies from Pinduoduo, Suning.com, Alibaba and Meituan.

"It's reasonable that the shopping vouchers are issued more by Internet platforms," said Wang Jian, director of the Cross-Border E-commerce Research Center of University of International Business and Economics.

"Firstly, it can greatly reduce the cost compared to issuing the paper vouchers since the internet platform itself has become part of social public infrastructure, inseparable from the lives of ordinary people."

"Then, the internet platform, especially the E-commerce platform can precisely match consumers with businesses, which has already played a major role in the market in the context of Big data and AI applications," Wang cited.

With the help of big data, digital consumption can accurately record consumption in real time which can the be used to better coordinate the market relationship in the future, he added.

After a 76-day lockdown, Wuhan, the epicenter of the coronavirus outbreak in China, began to issue vouchers worth a total of 500 million yuan (about 71 million U.S. dollars) from April 19, and will continue till the end of July.

Huang Manyu, professor of the economy and trade department of Zhongnan University of Economics and Law, said that "after a lockdown of more than 70 days, many residents actually still have enthusiasm for consumption. My own estimation is the vouchers might leverage consumption of 10 to 20 times their own worth."

Hangzhou, the capital of Zhejiang Province, issued four batches of shopping vouchers from March 27 to April 10, totaling over 400 million yuan. Local authorities say that 30 large shopping malls in downtown Hangzhou have seen their trading volume increasing from 40 million to 60 million yuan per day, after the issuance of vouchers.

The operating income of Internet and related services in Q1 grew by 10.1 percent, and online sales of physical goods expanded 5.9 percent to 1.85 trillion yuan, accounting for 23.6 percent of the total retail sales in Q1, according to NBS data.

"There have been still online sales and online payments, which have saved our economy during the time when we were staying at home," Chen Fengying, a research fellow with the China Institutes of Contemporary International Relations told CGTN. 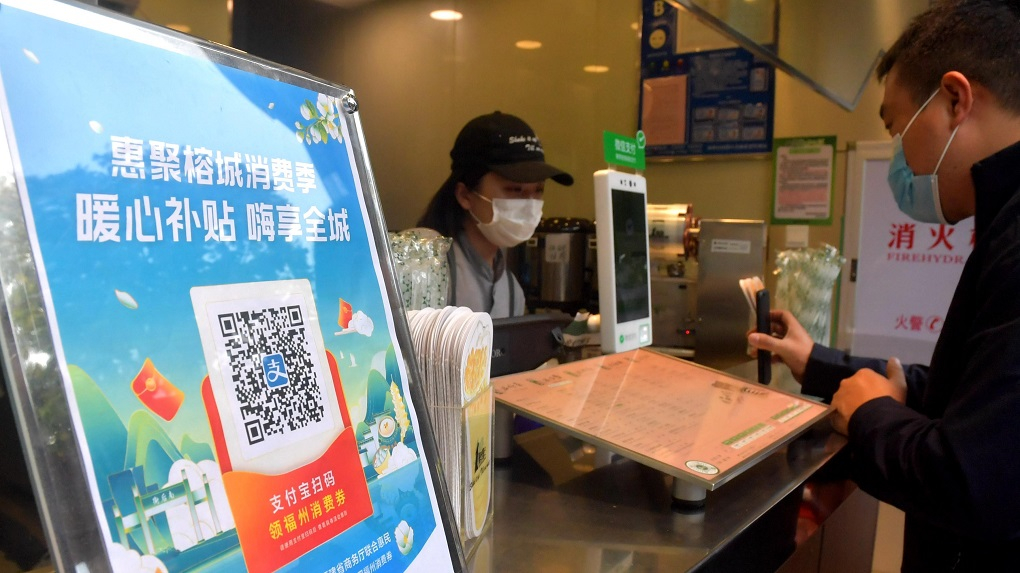 In the week before March 27, the total consumption via China UnionPay, a card payment giant, increased nationwide by 30 percent compared with the same period in February, with the consumption in Xinjiang, Shaanxi, Heilongjiang, Qinghai, Tibet, Chongqing and other provinces all surging by more than half.

The consumption volume of the wholesale industry soared nearly 90 percent, with that of the online education and daily necessities climbing by 36 percent, and 16 percent, respectively.

During the same period, NetsUnion, Chinese online payment clearinghouse, processed an average of 1.12 billion capital network payment transactions per day, rebounding to the level before the Spring Festival in January.

"People are expected to be more used to enjoying the convenient life brought by Internet and digitalization after the pandemic is over," said Wang, noting that though the epidemic curbs demand of some unnecessary goods via online shopping in the short time, the need for buying daily necessities online has increased rather than decreased, which can accelerate the transformation of industries to the Internet.

Also, offering vouchers to consumers is better than providing preferential policies on the supply side, according to Wang. "This is a positive incentive since it can regulate the market based on demand, then it will give excellent companies more opportunities."

Is this a safe and universal tactic?

Wang said that the risk of online payments always exists, but most of them are special cases with their own situations. Systematic risks on platforms have not yet appeared.

"Actually, China is experienced in coping with market risks as E-commerce has developed here for 20 years, so I don't think there will be systematic problems," he said.

However, he admitted that issues like incorrectly claimed coupons cannot be completely ruled out, but Internet and digitalization can minimize these problems as all behavior is traceable.

"Vouchers cannot be distributed to everyone, or it will greatly increase the financial burden." Liu Qiao, dean of the Guanghua School of Management of Peking University told Xinhua, suggesting that subsidies should be given to groups greatly affected by the epidemic, such as those with lower incomes.

While Wang said that the issue of coupons may put pressure on local governments with serious fiscal deficits. "Amid the epidemic outbreak, giving local governments more flexibility to implement local fiscal policies rather than traditional 'one size fits all' is exactly what we need."