The Trump administration is responsible for the triple pandemics
Jia Wenshan 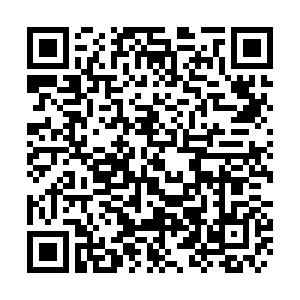 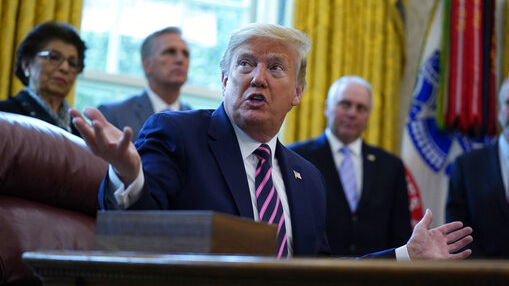 President Donald Trump speaks during the signing of a coronavirus aid package to direct funds to small businesses, hospitals, and testing, in the Oval Office of the White House, April 24, 2020. /AP

President Donald Trump speaks during the signing of a coronavirus aid package to direct funds to small businesses, hospitals, and testing, in the Oval Office of the White House, April 24, 2020. /AP

Editor's note: Jia Wenshan is an adjunct professor at Shandong University in China and a professor at the School of Communication of Chapman University. The article reflects the author's views, and not necessarily those of CGTN.

The world is witnessing three pandemics in a row.

The first one is the coronavirus pandemic that hit China first but is hitting the U.S. the hardest.

The subsequent one is the economic fallout hitting both the U.S. and the rest of the world triggered by the first pandemic.

The third one is the pandemic of racial discrimination against people of Asian descent around the world that is still not receding.

These three simultaneous calamities pose the biggest challenges to humanity in modern history. Removal of Trumpism would be an effective cure to the tri-calamities.

Firstly, the Trump administration is characterized by isolationism that fails to see connections and interdependence among things.

Isolationism informs Trump's divide-conquer or zero-sum mentality inherited from the British colonial empire and the U.S.-USSR Cold War era. Both his suspension of the U.S. support of WHO in its midst of a fight against the coronavirus pandemic, and his stoppage of a global economic bailout initiated by the International Monetary Fund (IMF) as documented in a piece titled "A global pandemic bailout was coming-until America stopped it" by Adam Tooze, a Columbia University Professor of Global Thought and published by Foreign Policy on April 17 are results of the execution of his "America First" doctrine.

Obviously, his imagination is at best hallucinations based on misinformation or fake news that his advisor Kelly Anne-Conway called "alternative facts."  It is not surprising that presidential decisions based on hallucinations in the White House are making both the coronavirus pandemic and the economic woes worse off both in the U.S. and the rest of the world now and in the future. 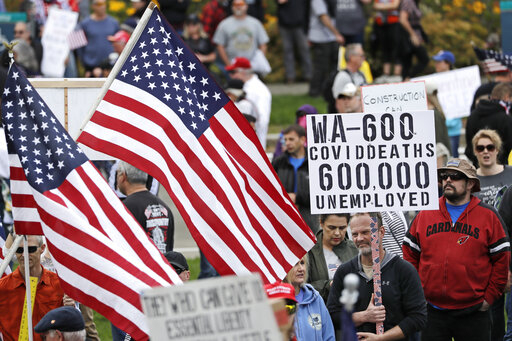 Secondly, Trump's attempts to prioritize his presidential reelection campaign over the pandemics by downplaying the coronavirus within the U.S. and ignoring it overseas, to lionize his presidential image by taking advantage of the economic fallout, and to appease and please populists and White supremacists by fanning racial hatred against people of Asian descent are well documented in mainstream American media.

For example, a most recently released PBS documentary "Coronavirus Pandemic" demonstrates with ample evidence that it is Trump administration's ignorance of the growing community infection of coronavirus in Washington state which explains why a nationwide spread of coronavirus in the U.S. is occurring. PBS investigative journalist Miles O'Brien calls it"A tale of two Washingtons."

In terms of economic bailout, New York Times reported that most emergent loans from the federal government meant for small businesses have ended up in the hands of "big guys" who may have been donors for Trump's reelection campaign .

Thirdly, the Trump administration is characterized by White supremacy and xenophobia. Trump's calling of coronavirus as "China virus" or "the Chinese virus" is not only motivated by his anti-China agenda, but also his anti-Chinese agenda.

Such agenda are deeply rooted in "the yellow peril" discourse emanating from medieval Europe which later informed the birth of "the Chinese Exclusion Act" in North America in 1882, and was modernized in the constant perpetuation and expansion of "China Threat" propaganda around the turn of 21st century in the U.S. and the Western world.

Since Trump came to power, by designating China as "a revisionist power" and "a strategic rival," his administration has initiated the fourth anti-Chinese movement in the history of the West. Having failed with his tariff war against China by shifting the blame of the economic woes in the U.S. to China for the U.S.-China trade deficit, he is shifting the blame of the nationwide spread of coronavirus in the U.S. to the WHO and China.

He has been leading a disinformation war against China with a U.S.-led army of word mongers' flurries of opinionated pieces blaming and suing China for coronavirus and its subsequent economic losses.

According to a new report by the Asian Pacific Policy and Planning Council (A3PCON), Chinese for Affirmative Action (CAA) and the Asian American Studies Department at San Francisco State University released on April 24, 2020, nearly 1,500 cases of anti-Asian racism across the U.S.-related to the pandemic have occurred over the past month. Trump's calling of COVID-19 as the "Chinese virus" on March 18, 2020 has obviously stirred a nationwide surge of incidents of anti-Asian racism.

As is evidenced above, the Trump administration characterized by isolationism and xenophobia has failed to make America great again. Instead, it has made America decline again, politically, economically and culturally.

The U.S. and the world would be much better off without the Trump administration's ideology. To end the triple crises, it must be swept into the basket of history.