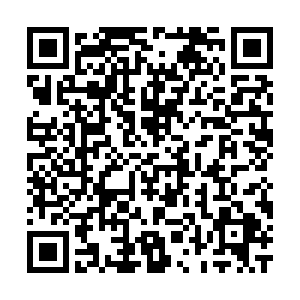 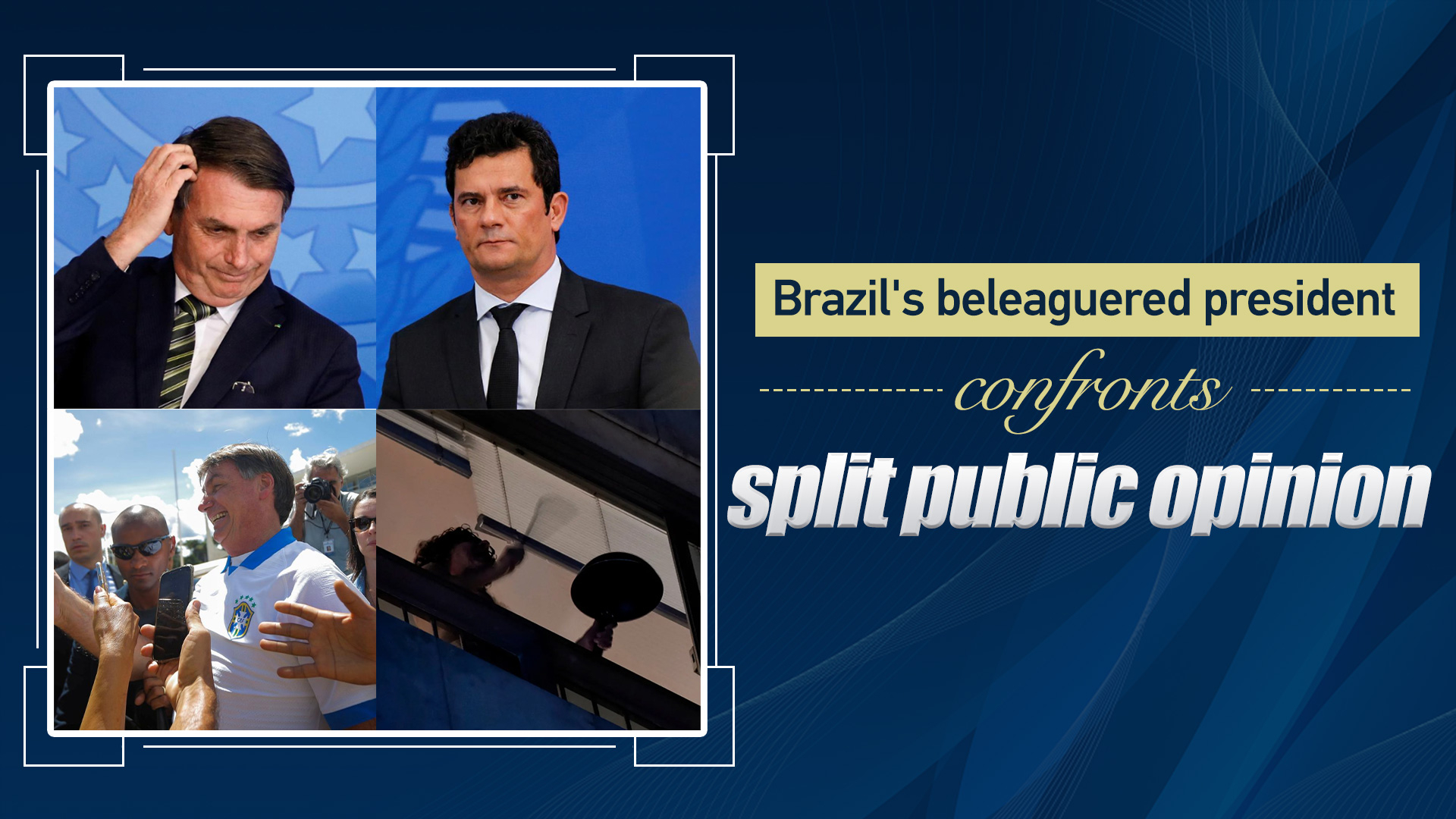 Brazilian President Jair Bolsonaro is now finding himself increasingly beleaguered as he has come under fire for making a series of controversial moves including advocating a return to military dictatorship, intervening with the federal police and downplaying the coronavirus pandemic.

Mounting criticism directed at the populist "firebrand" president reached a peak on Friday, when Sergio Moro, a popular minister known for fighting against corruption as a federal judge, resigned as justice minister.

Moro has accused the president of attempting to interfere in sensitive police investigations involving family members and cited Bolsonaro's dismissal of Federal Police Chief Mauricio Valeixo as the immediate trigger that propelled him to resign.

The former justice minister is not the first to leave Bolsonaro's cabinet. Former Health Minister Luiz Henrique Mandetta was fired by the president following clashes over how to tackle the coronavirus outbreak and speculation is rife that Economy Minister Paulo Guedes could be the next to depart. 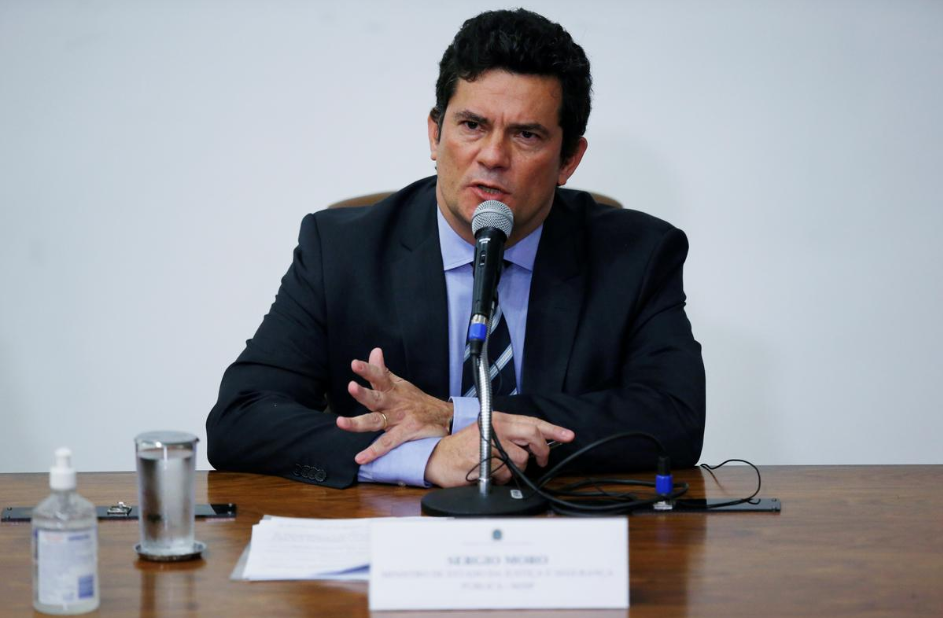 On top of the pot-banging protests that erupted across the country following Moro's departure, the list of former presidents, politicians and newspaper editorial boards criticizing Bolsonaro has also grown and calls for the president's resignation have evolved into demands for concrete actions - including the launch of an impeachment probe.

With former president Dilma Rousseff's removal from power still fresh in public memory, the crisis raises the prospect of a second impeachment of a president in Latin America's largest democracy in five years.

But despite the multifaceted disapproval articulated by the multilayered society, the Trump-like populist leader still has a large support base. People yearning for economic reopening have lined up behind the president and staged a string of demonstrations over the last few weeks.

Sparked by existing lockdown measures largely imposed by governors and frustrated over the president's lack of authority to overturn them, the demonstrators have also been calling for a military intervention to eliminate the executive obstacles. The country's supreme court, legislature, and governors were all subject to attacks in these protests.

The crack between the pro-lockdown camp and those who oppose it has become increasingly irreconcilable. 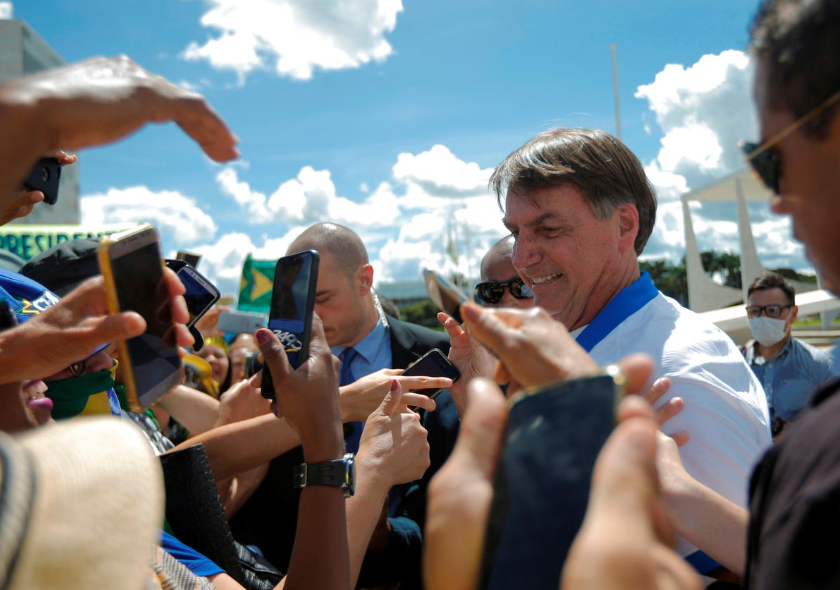 While Moro's exit may also alienate voters who backed Bolsonaro for his anti-corruption campaign in 2018, the president still has conservative social activists and lawmakers interested in pork-barrel politics and current and former generals in his cabinet to rely on.

A poll conducted on Monday showed precisely the split that Brazilians are currently experiencing on whether to continue their support for the president.

Despite a majority that believes the former justice minister's accusations, pollster Datafolha found that 48 percent oppose impeaching Bolsonaro while 45 percent of those surveyed want to see him impeached, a difference within the margin of error of the poll.

For 52 percent of those polled by Datafolha, Moro was telling the truth and only 20 percent said they believed Bolsonaro's account.

While Brazilians are split on Congress removing the president by impeachment, the number that believe Bolsonaro should resign has risen to 46 percent from 37 percent in the previous poll at the beginning of April. Those opposed to his resigning have decreased to 50 percent from 59 percent. 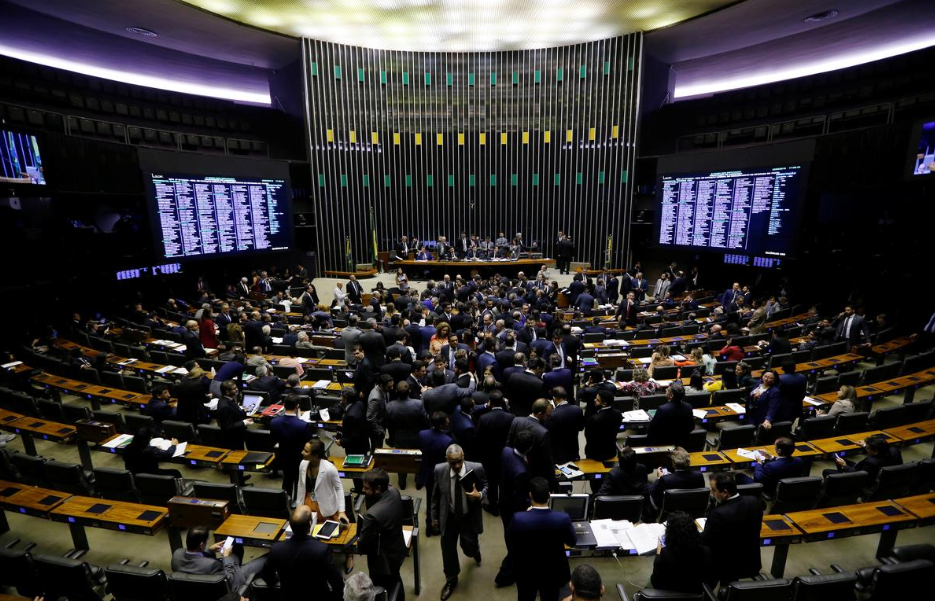 A general view of the plenary chamber of deputies during a session in Brasilia, Brazil, May 22, 2019. /Reuters

A general view of the plenary chamber of deputies during a session in Brasilia, Brazil, May 22, 2019. /Reuters

The poll found 45 percent consider his handling of the coronavirus epidemic bad or terrible against 27 percent who think he has done a good or excellent job.

The Datafolha poll showed that Bolsonaro has hung on to his core support, with the positive approval rating of his government rising to 33 percent from 30 percent in December. Its negative numbers have risen to 38 percent from 36 percent four months ago.

Datafolha polled 1,503 people by telephone on Monday. The poll has a margin of error of three percentage points up or down.