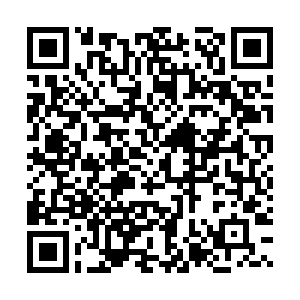 Editor's note: On March 12, 2020, the World Health Organization (WHO) declared COVID-19 a pandemic, and as of Tuesday (April 28), about 200 countries and regions have confirmed over 2,883,000 coronavirus cases, according to the WHO. On CGTN's live program "COVID-19 Frontline," we invited medical workers and experts from China's then epicenter Wuhan and from all over the world to share their experiences and take questions from social media, in the hope of providing more information for those who are battling against the pandemic. 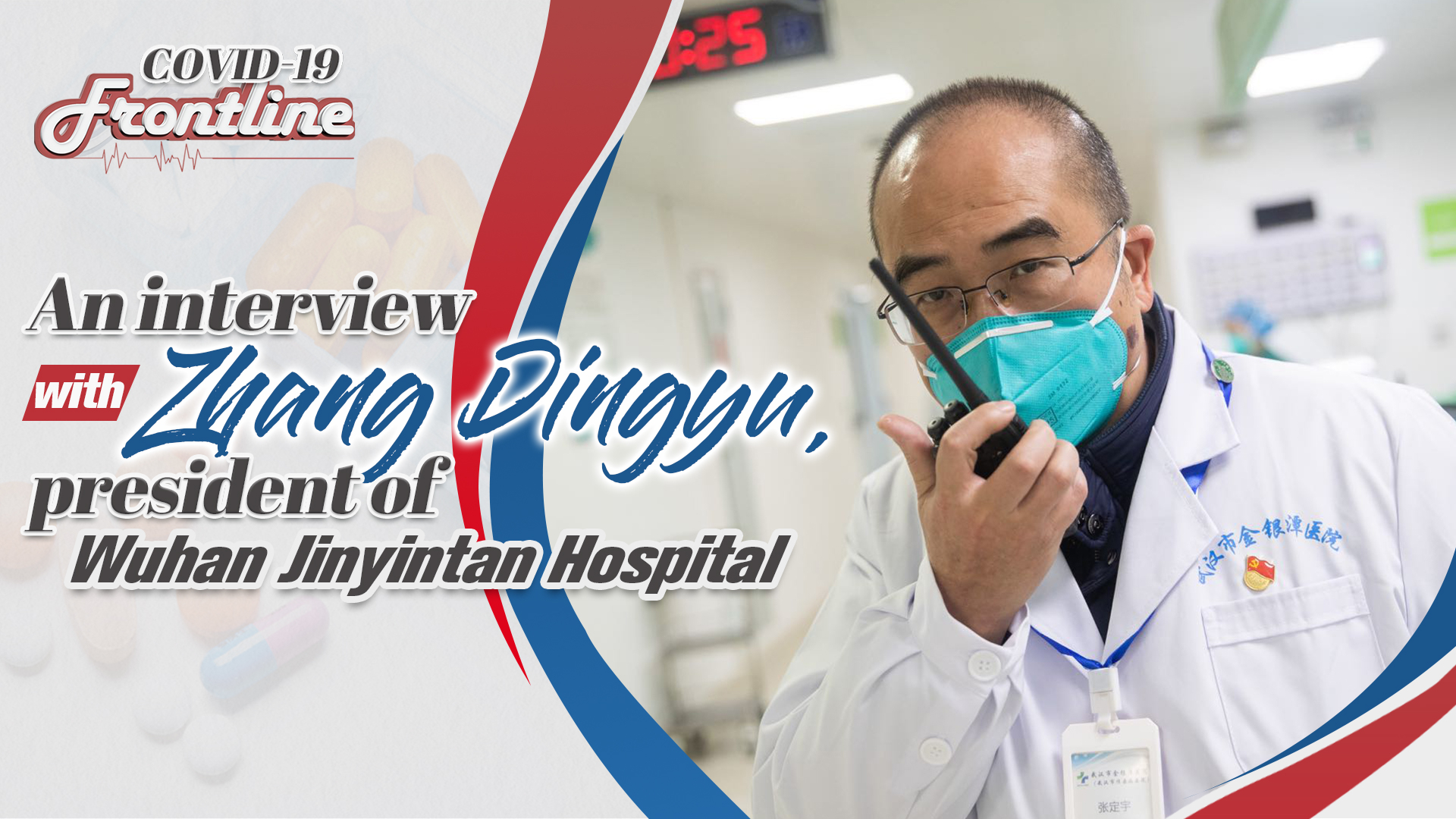 Jinyintan specializes in infectious diseases and is also known as one of the major battlefields in the fight against COVID-19. Zhang Dingyu has spent the past few months with hundreds of colleagues treating patients since the beginning of the outbreak. He was diagnosed with amyotrophic lateral sclerosis (ALS) in October 2018, but it didn't stop him from working on the front line of the coronavirus outbreak. 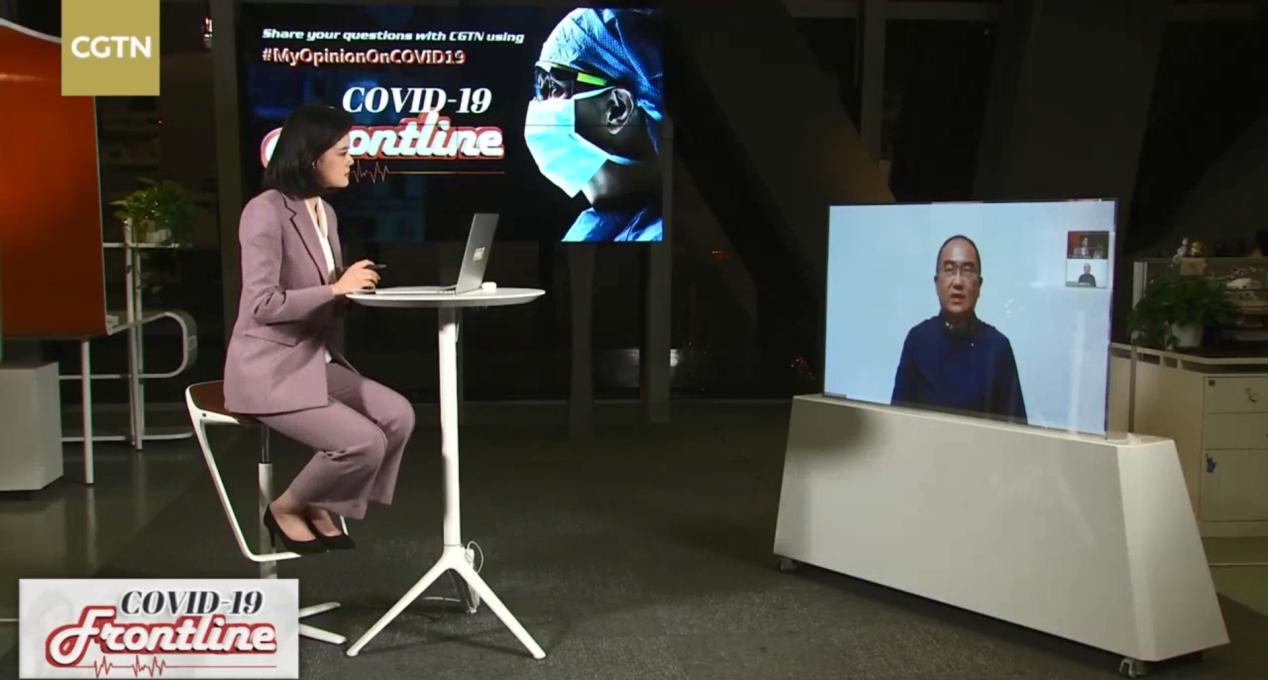 Did China hide information at the beginning of the outbreak?

Some Western countries believe that China has hidden some information in the very beginning of the outbreak. The host Zou Yun asked Dr Zhang, who is among the first witnesses of the outbreak, about his opinion on the issue.

"No one was covering anything up. No one was hiding anything," he said. COVID-19 is a new disease, so everyone's understanding of it was different in the beginning, there was no unified conclusion for the diagnosis and treatment. The disease was called unknown pneumonia at that time. There were disagreements among many experts about the diagnosis of the disease. It took time for doctors to reach an agreement. There were also some patients who were infected with other pneumonia admitted in the hospital. Later when we had a treatment protocol, we were able to identify the patients with COVID-19. So it was a process of understanding the disease, not a cover-up. 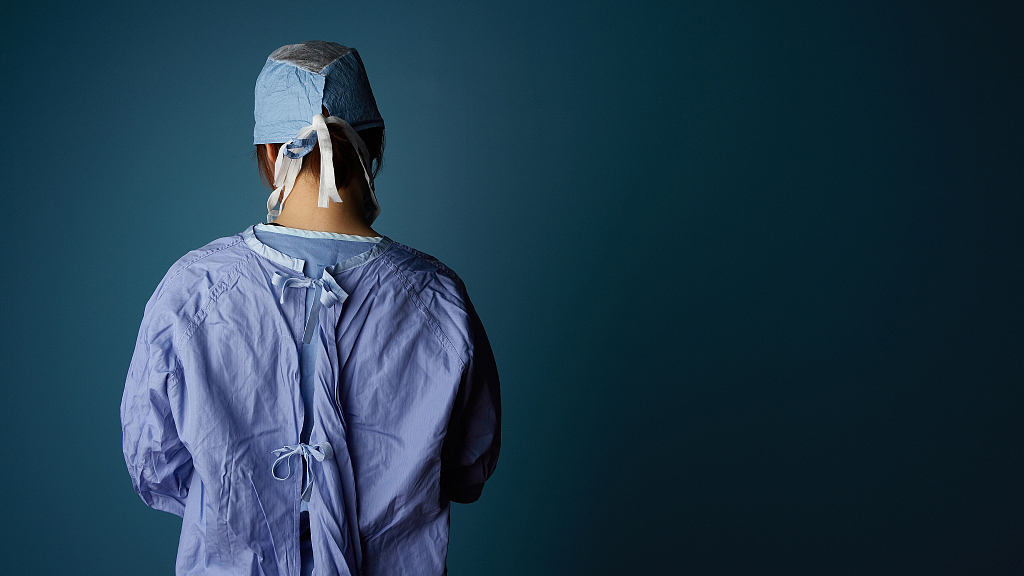 "The most difficult time was the period before the Spring Festival when there were many patients coming in to our hospital," Dr Zhang said. "There were 35 patients in each ward and there were only 20 medical staff to look after them. Many doctors and nurses were working overloaded. But later we got the support of medical teams from all over the country. Each ward with 35 patients were looked after by 50, 80 or even 100 medical staff. So better services were provided for these patients and our medical staff could take a rest."

At the beginning of the outbreak, the hospital's medical staff also lacked of protective gear. Some nurses resorted to diapers for long working shifts, and they found themselves sweat drenched when out of the isolation areas.

On the eve of Chinese New Year, Dr Zhang received the messages that the People's Liberation Army was sending a medical team of 150 people to help the Wuhan and Shanghai medical teams who were also on their way to provide support. "We were very much relieved after receiving the information, very excited," he said. 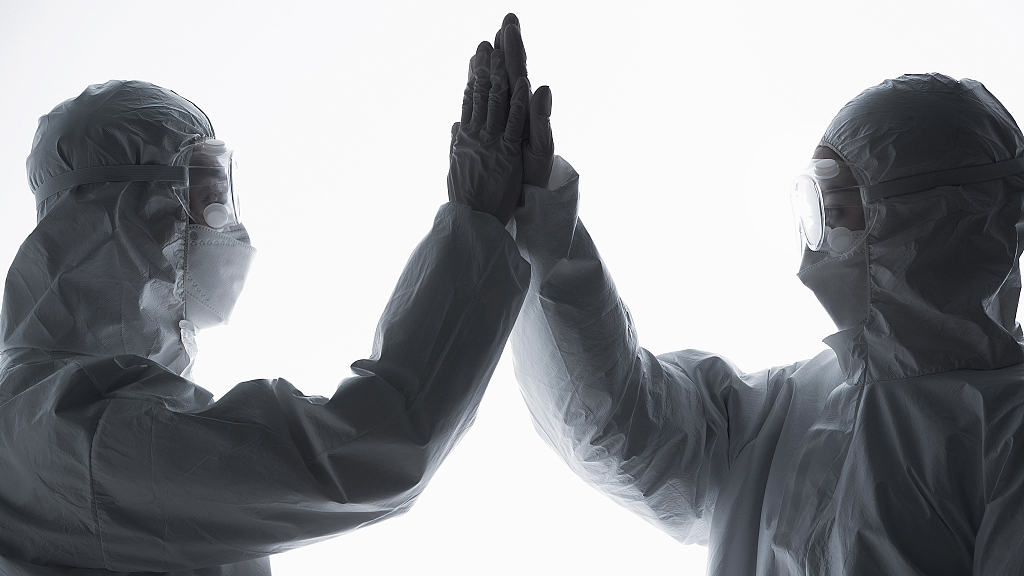 Working with Doctors Without Borders

Dr Zhang Dingyu also worked as an anesthesiologist for Doctors Without Borders (MSF), a private international association that provides medical help to war-torn or other devastated areas. He is the second doctor in China to participate in MSF.

"The experience was very valuable, I got to learn to do our best with limited medical resources. There are a lot of medical principles in the organization that worth learning. For example, as a medical staff, you can't harm the patients, the second is the simpler it is, the safer it is. The third is to do the best for the most. These principles have affected me profoundly and have deeply rooted in my practice as a doctor. We need to use simple and safe practice to protect our patients," he said. 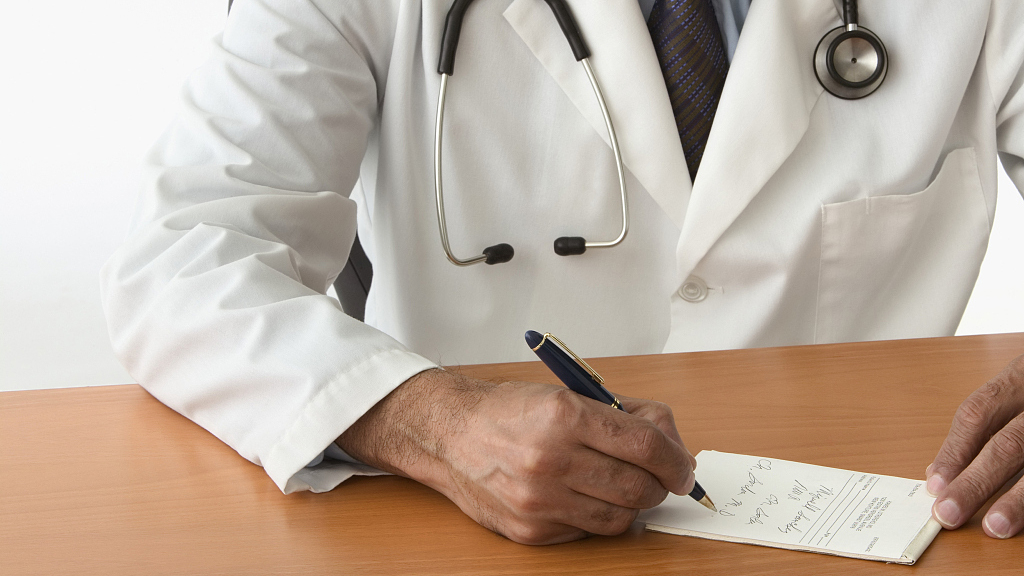 Dr Zhang used to work as an anesthesiologist in northwest Pakistan. So host Zou Yun asked Zhang whether he has any advice for people in Pakistan in dealing with the novel coronavirus.

Dr Zhang said the most important thing is to have personal protective equipment ready. Wash hands frequently with running water is also a good protective measure. Another important thing is health education. When he worked in Pakistan for MSF, his team had a special post focused on hygiene and sanitation education. In addition, people need to avoid crowds. Since there are many Muslims in Pakistan, Zhang said it's recommended to pray separately, so as to reduce gathering in close proximity.

How did China and Wuhan in particular contain COVID-19 in a short period of time?

Zou Yun said due to the differences of national conditions, some people still have doubts on measures taken by China and the figures provided by China.

According to Zhang, two measures played a key role in containing the epidemic in Wuhan. One was the city's lockdown, with the residents having made a great sacrifice. The other was the establishment of temporary hospitals, thus saving a lot of lives.

A strong immune system is also critical to a vital and multilayered defense against the virus. But before the establishment of the temporary hospitals, many patients could only stay at home isolated, which made them anxious. Sometimes they were so worried that they couldn't rest well. Both the stress and insomnia are harmful for immunity. After they were admitted to temporary hospitals, they knew they would be taken care of, so they were less worried and could sleep better. A good sleep can help our immune systems to be in the best shape possible to tackle pathogens. "The temporary hospitals played a critical role in ending the epidemic as soon as possible," he said.

In later episodes of "COVID-19 Frontline," more frontline doctors and experts from Wuhan will join in to share their experience with their colleagues from other parts of the world. If you have any questions regarding COVID-19, you can share with us using #MyOpinionOnCOVID19 on Facebook.