How does China swiftly, strongly respond to COVID-19 epidemic?
By Gao Yun 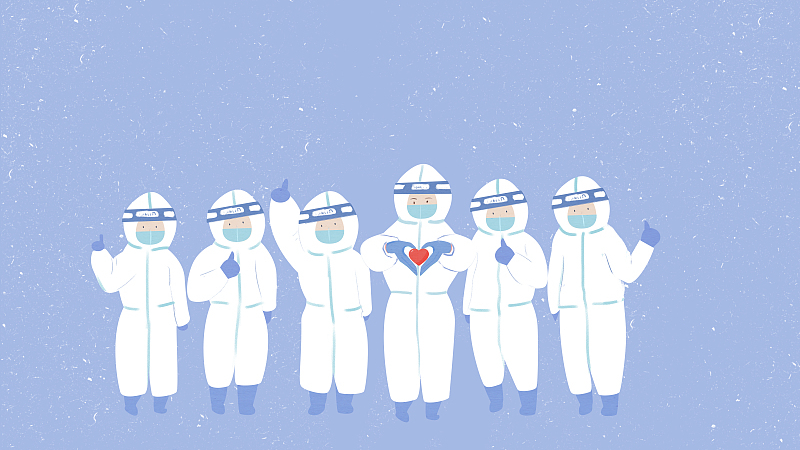 It is a historic day for China when Wuhan cleared all its hospitalized COVID-19 cases on April 26. This is a hard-won achievement, for which China has made tremendous sacrifice and efforts. Ma Xiaowei, director of China's National Health Commission, recounts how China responded to the epidemic and took the initiative in the fight against the disease during his interview with Xinhua News Agency.

On January 27, a central government team led by Chinese Vice Premier Sun Chunlan was deployed to Wuhan to guide the containment work in Hubei Province.

The most striking contradiction in the early containment was the soaring number of COVID-19 cases and a shortage of medical resources, with expanding beds the most urgent task.

"Finally, we jumped out of the limitation of existing beds and figured out four approaches to increase bed," said Ma.

One is to construct temporary hospitals, 16 in total. And the second is to build two makeshift hospitals, known as Huoshenshan and Leishenshan. The third is to transform the existing hospitals, and the fourth is to transform over 530 hotels, training centers, and convalescent institutions into quarantine venues.

These measures helped increase nearly 110,000 beds, in which the large-scale construction of temporary hospitals played an indispensable role.

"One out of every four COVID-19 patients in Wuhan was treated in the temporary hospital, and no infection, death, or relapse happened there," said Ma. "They brought the advantages of rapid construction, large capacity, low cost, and high concentration into full play."

On January 23, China resolutely made the decision to suspend public transportation and close the airport and railway stations to outgoing passengers in Wuhan, proving the key to curbing the rapid spread of the disease.

After the closure, interrupting community transmission became vital for containment.

On February 3, Vice Premier Sun led the central government team to Wuhan's epidemic prevention and control headquarters, and deployed the work to search for, receive and treat all "four categories" of people – confirmed patients, suspected patients, their close contacts and those with fever, ensuring no patient was left unattended.

Meanwhile, a total of 36 epidemic control teams composing of nearly 1,000 personnel with expertise in disease control and public health were sent to support Wuhan.

The then-epicenter reopened on April 8, but the work has never stopped. The containment management of asymptomatically infected persons has been highlighted.

Medical treatment is always the top priority in epidemic prevention and control.

COVID-19, as a new infectious disease, is poorly understood in the medical community. China has adopted an active, scientific and flexible treatment strategy, from the two aspects of the management and treatment, to cope with the epidemic. With further understanding of disease and a stable front, the country has upgraded its treatment level, thus increasing the recovery rate of the severe cases in Wuhan from 14 to 89 percent.

The unique advantages of combining traditional Chinese medicine (TCM) and Western medicine have also been highlighted. The application rate of TCM in Hubei and the effective rate in clinical treatment have both exceeded 90 percent.

More than 42,600 outstanding medical personnel had been deployed to the battlefields, who sacrificed their chances of reunion with their families during the Spring Festival.

After arduous work, all severe and critical cases were cleared in Hubei on April 24, and two days later, the number of hospitalized cases in Wuhan hit zero.

"It marks that the epidemic prevention and control fight, with Hubei and Wuhan as the main battlefields, had achieved significant stage victory," said Ma. "It indicates that the treatment level of COVID-19 in China is in the forefront of the world, and that China's critical care medicine and the treatment of respiratory infectious diseases has reached a new level."