It is absolutely absurd to reopen the U.S. economy now
John Ross 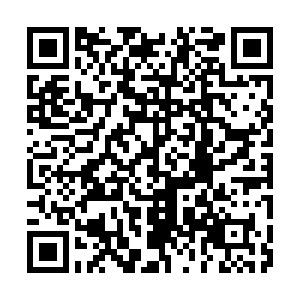 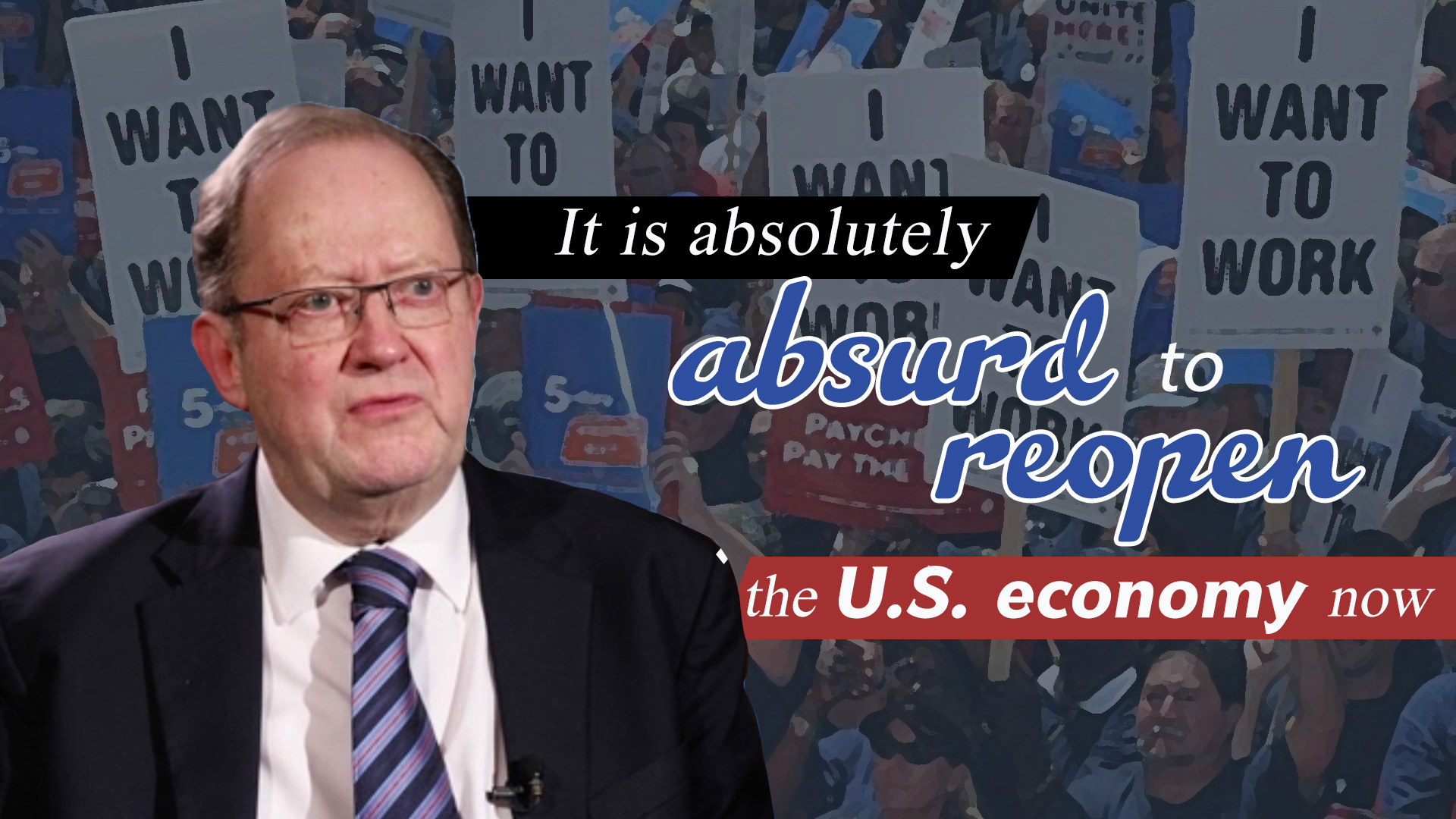 Editor's note: As the number of COVID-19 infections continues to rise, so does the U.S. unemployment rate, which is taking a huge toll on the U.S. economy. However, Donald Trump rushed to announce the news of restarting the U.S. economy. Is it really the right time now? And What's the outlook for unemployment in the U.S.? John Ross, former director of economic and business policy for the Mayor of London and a senior fellow at Chongyang Institute for Financial Studies under Renmin University of China, shares his views with CGTN. The opinions expressed in the video are his and do not necessarily represent the views of CGTN.

John Ross: The outlook is obviously very bad. The only question is whether it will be a disaster or whether it'll be even worse than that, and I would call it a catastrophe. This is obviously the biggest increase in unemployment since the Great Depression in 1929.

It depends upon whether the U.S. government starts to respond in a more rational way.

Some parts of the United States, for example, Los Angeles or New York, are responding rather sensibly.

The Trump administration, unfortunately, is doing completely stupid things. It's encouraging people protesting against the lockdown and it's ridiculously attempting to claim that China is responsible for this, when it had two months to prepare. So there's actually a fight going on inside the United States. Unfortunately, the trend is very, very bad.

If you look at the number of deaths in the United States in proportion to its population, the situation is more than 30 times worse than China. I hope sense will prevail in the Trump administration, but unfortunately, it doesn't seem so at the moment.

Instead of concentrating on protecting the U.S. population, it's blaming China, immigrants. Trump's big announcement is there's going to be a ban on immigration to the U.S., but that's not the problem. It's not immigrants bringing the coronavirus into the U.S., they have a huge domestic outbreak.

The situation in the U.S. is very bad, and how bad it will get, it will depend on the Trump administration adjusting its terrible policies.

CGTN: Donald Trump announced his Opening Up America Again plan on April 16. Do you think now is the right time to restart the American economy?

Ross: No, it is much too early. China's policy for dealing with the coronavirus is very clear – you have to get the number of domestic transmissions down to zero, or as close to zero as you can get. China's averaging less than 10 domestic cases per day. That means you can control that because you can trace everybody who's got it, but the U.S. is attempting to open up its economy when there are thousands of cases a day. And we know what happens; the coronavirus spreads exponentially.

CGTN: The price of a barrel of United States oil fell to less than nothing last Monday. It was the first time in history the price was negative. What does this mean for the U.S. and the global economy?

Ross: We have to distinguish two things: the structural feature of the situation and the peculiarity of the future's market.

Structurally, because this is such a very large decline in the global economy since the Great Depression, the fundamental price of oil is falling very much.

The second thing is there's a peculiarity of the future's market, in which you had to accept the delivery of 1,000 barrels of U.S. oil yesterday if you wanted to continue … most people can't store 1,000 barrels of oil and therefore they had to sell it to pay other people. So let's not pay too much attention to the negative value price.

But the key thing is that the price of oil is very low. This reflects the huge downturn in the world economy. It's going to be good for countries that are big oil importers.

But for oil producing countries, it will be disastrous. Some of them, such as Russia or Saudi Arabia, have very big reserves, foreign exchange reserves, and will be able to survive for some months. For others, it's going to have a disastrous effect. This will have very big, maybe not economic, but geopolitical consequences. So, I would rather focus on the very low general price of oil, rather than the negative one. We'll see whether it comes back in June or not, but it's a very serious structural threat.