The times, they are a-changin'
Harvey Dzodin 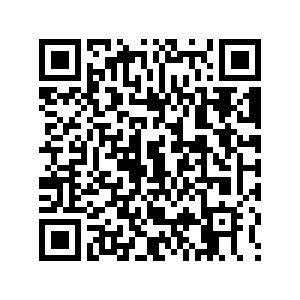 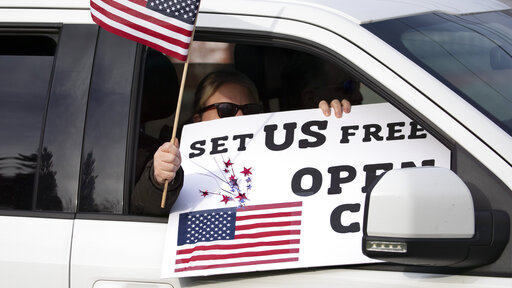 A passenger in a car participates in a rally of honking vehicles that pass back and forth in front of the governor's mansion during the coronavirus pandemic in Hartford, Connecticut, April 20, 2020. /AP

A passenger in a car participates in a rally of honking vehicles that pass back and forth in front of the governor's mansion during the coronavirus pandemic in Hartford, Connecticut, April 20, 2020. /AP

Editor's note: Harvey Dzodin is a Senior Fellow at the Center for China and Globalization and was a political appointee in the Carter Administration. The article reflects the author's opinions, and not necessarily the views of CGTN.

More than a half century ago, America's national treasure, Nobel prize winner for literature, Bob Dylan, wrote a song that perfectly describes our current global state of affairs: "The times, they are a-changin'." For more than 70 years the United States had been the go-to nation in times of crisis, but no longer.

Before World War II, the U.S. was a deeply isolationist and self-absorbed nation under the banner of America First. In the war's still smoldering ashes, the U.S. took the leadership role to fill the vacuum left by the devastating conflict and helped create global institutions that facilitated profound economic growth in many parts of the world, including China through the World Trade Organization.

Concurrently, even during the more than four-decade-long Cold War, the U.S. managed to exercise leadership with its prime adversary, the Soviet Union.They worked together where national interests overlapped such as on nonproliferation and arms control to help minimize Mutually Assured Destruction which could have ended life as we know it, and the eradication of the age-old scourge of smallpox, in cooperation with the World Health Organization (WHO), that annually had killed millions.

Since President Donald Trump took office, in sharp contrast to its previous often constructive leadership, the U.S. is not merely missing in action internationally, it's generally characterized by dysfunction, divisiveness and disaster. Nothing illustrates this more starkly than the COVID-19 pandemic. Even the Sino-U.S. trade war pales in comparison.

Instead of working together with other countries, as it did with the Soviet Union, Trump looks for scapegoats on which to blame his incompetence. Unlike his human adversaries whom he harassed, browbeat and sued into submission as a businessman, the virus is immune and it's driving the man bonkers. 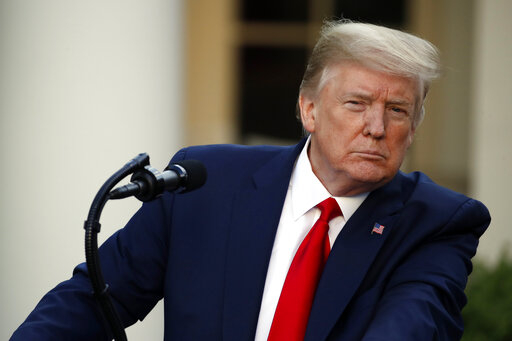 President Donald Trump listens to a question as he speaks about the coronavirus in the Rose Garden of the White House in Washington, April 27, 2020. /AP

President Donald Trump listens to a question as he speaks about the coronavirus in the Rose Garden of the White House in Washington, April 27, 2020. /AP

Trump's latest scapegoat, the WHO, is an extension of Trump's delusions about China. Last week the second G20 Global Leaders Virtual Summit was scuppered at the 11th hour by the U.S. which insisted that the leaders condemn the WHO for its preliminary handling of the virus outbreak. It was a deal-breaker.

The week before the G20 health ministers summit had to issue a watered down six-paragraph communique not mentioning the WHO but referring to systemic weaknesses in the manner in which pandemics were addressed globally. This was in place of the intended 52-paragraph draft statement that supported and committed further strengthening of the WHO's mandate in coordinating the fight against the pandemic and which expressed "concern about the continuity and lack of sustainable funding"and concluded that "it is far more cost effective to invest in sustainable financing for country preparedness than to pay to the costs of responding to outbreaks."

I find it interesting that Chinese President Xi Jinping proposed the concept of a community of shared future for mankind at the World Economic Forum in Davos on January 17, 2017 and Trump was sworn into office four days later recycling a latter day version of America First.

China has walked the walk but Trump has merely talked the talk. As the U.S. has receded from global leadership, China has filled the vacuum in numerous multinational organizations in both human resources and funding.

Given the severity of the COVID-19 pandemic, all nations should be focused like a laser on building a stronger WHO. The WHO's budget is about the size of one large U.S. hospital and it hasn't changed much in three decades. China has increased its contribution but the U.S. has frozen its commitment and proposes to cut it in the near future. An adequately funded WHO would have, in all likelihood, prevented or minimized the trillions now being expended globally to restore health to the world's people and their economies.

If Trump wanted to truly put America first, he would have not have cut domestic programs that could have contained not this coronavirus, but the thousands of other potential viruses scientists tell us are lurking just beneath the surface.

The real problem is that Trump hasn't even delivered on his "America First" pledge because it's really "Trump First." He has made his presidency and this health crisis all about himself talking about his ratings, his leadership, and his scientific credentials. He has put forward dangerous unproven remedies like ingesting bleach, which have certainly killed more people, in addition to those tens of thousands who needlessly died when Trump was delivering happy talk for several months in place of addressing the crisis. This week the New York Times analyzed the 260,000 words Trump has spoken at his White House briefings and about the virus from March 9 to mid-April. The most frequent category is self-congratulations, often exaggerations or outright lies.

The times, they are a-changin'. As the COVID-19 pandemic has made clear, the U.S. has abdicated its long-standing leadership role, thereby creating a vacuum for China and other responsible nations to fill through the WHO and other agencies to build a community of a shared healthy future for mankind.