Will a pandemic accelerate adoption of meatless meat in China?
By Wang Xiaonan, Zeng Ziyi 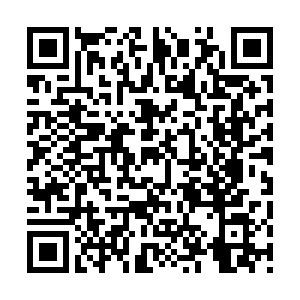 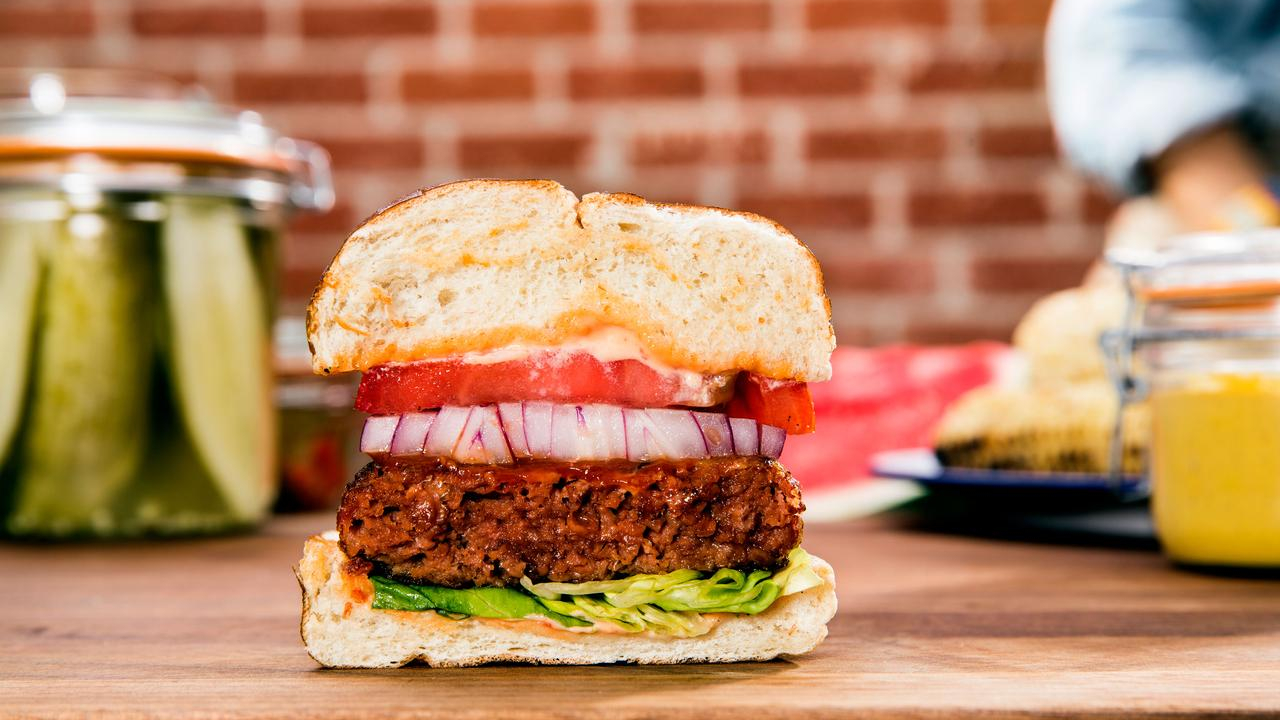 Sitting at a table in a bright Starbucks cafe in a high-rise office building, Ying gingerly sank her teeth into the new pesto pasta covered with plant-based meat. The pasta is one of three offerings from the world’s largest coffee-house chain using alternative beef from Beyond Meat – a Los Angeles-based faux-meat maker of beef, chicken and pork substitutes.

As the coronavirus pandemic unfolds, concerns over meat safety prompted Ying, a meat aficionado, to take a crack at the dish. The current COVID-19 outbreak and past epidemics such as H1N1 and the African swine flu are all caused by viruses that possibly originated from animals, contributing to growing public concern regarding authentic meat.

As such, "fake meat" are two words at the center of a movement that is hitting Chinese shores. While Beyond Meat made its foray into China in over 3,300 Starbucks coffee shops, KFC China introduced fake fried chicken, and Papa John’s started offering faux meatballs on some of its pizzas.

In a country that leads in the development of renewable energy, the next step to going green seems to be an even bigger hurdle for one of the world's largest meat-consuming nations. On the surface, doing good for the environment by recycling or taking the subway instead of driving carbon-emitting vehicles seem manageable. Eating meat that's not really meat sees plenty of challenges involving doubts about its safety, industrial production and consumer habits. 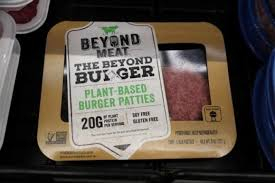 Undated handout photo of the Beyond Meat burger /Reuters

Undated handout photo of the Beyond Meat burger /Reuters

While veggie burgers have existed since the 1980s, their distinctly dried texture and bland taste has been reserved almost strictly for vegetarians. The latest plant-based meat movement looks to convert regular meat eaters with products made from vegetables but looks and taste like real, bloody meat.

Impossible Foods, whose burger patties have ranked among the best in taste, believes most carnivores actually has a longing for "heme" – a molecule present in most plants and animals, but most abundantly in cows' blood and muscle tissue. The molecule contains iron, which gives raw beef a slightly metallic flavor. The company argues when cooked, heme is largely responsible for the uniquely savory taste of a tender and juicy steak.

To make heme, Impossible Foods relies on a proprietary process that uses genetically modified yeast to replicate its magic ingredient in large quantities, similar to how beer is brewed. After fermentation, the finished product is a deep, wine-colored liquid that also passes as animal blood. It is then mixed with water, potato protein and coconut oil to create a concoction that highly resembles raw ground beef.

The recipe of Beyond Meat – Impossible Foods' biggest competitor is somewhat similar in terms of ingredients. The company believes meat when broken down is simply a mixture of protein, fat, minerals, carbs – all of which can be sourced from plants. Then, by manipulating pressure and temperature, it is able to recreate the fibrous texture of real meat.

Arguments over whether the meatless meat is safe and healthy never ends. It’s considered highly processed foods by some dietitians who put them under the “indulgence” category, while others say they are a healthier alternative to red meat which is well-documented to cause or exacerbate health issues like high cholesterol and high blood pressure.

Cows on a farm /Reuters

Cows on a farm /Reuters

The problems with eating real meat

It has been over a century since writer Upton Sinclair exposed the revolting conditions to which meat was produced in the U.S. in the early 20th century. It turns out sanitation was only a tip of the iceberg when it comes to the many vices of modern meat business.

The main voices argue that people's affection for meat has caused a slew of serious environmental damages that are destroying the planet in an astonishing speed.

Meat production alone accounts for nearly a quarter of all the greenhouse gas emission on the planet, which equals to all the CO2 emission from cars, planes and ships combined, according to a 2014 UN report. Each day, cows alone produces 150 billion gallons of methane, which is 25-100 times more destructive than CO2. These gases largely contributed to global warming.

The growing demand for beef is precipitating the destruction of the Amazon rainforest, home to 10 percent of the world's biodiversity.

There're also ethical issues with the way livestock are being engineered and mass-produced. In meat factories around the world, animals are fed a regular diet of antibiotics to prevent them from getting sick. Many of them are confined to crowded, windowless sheds where they barely have space to move before being slaughtered for meat. 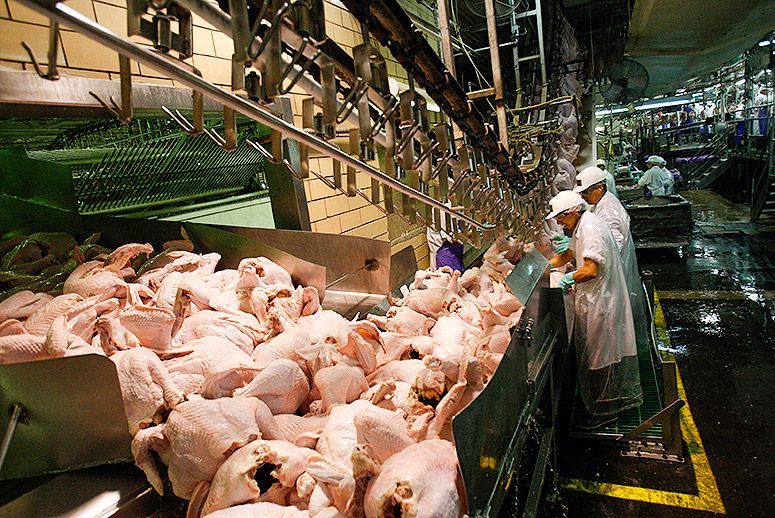 Will Chinese customers embrace it?

Over the years, infectious diseases that have jumped from non-human animals to humans have accelerated consumer adoption of meat substitutes. Concerns over meat production and processing are also on the rise.

But not all Chinese are sold on the idea. "I can try it only occasionally as it might contain artificially synthesized ingredients that pose a health risk," said Han, who turned vegan five years ago because of her concern for animal welfare, during an interview with CGTN.

She's not alone. Yue, a bodybuilding addict, has the same concern: "I can only accept food as it is. While the side effects of plant-based meat are not yet clear, I still choose real meat for protein." Other Chinese consumers CGTN talked to have similar reservations about such products, with most concerns focusing on how protein is extracted and if there are harmful additives.

There is also a lack of understanding regarding meat substitutes among Chinese customers, the percentage of which stood at 36 percent, according to a survey on the subject by iiMedia Research last year. In the same survey, 51.3 percent of consumers polled said they would not try faux meat, among whom 49.5 percent cited psychological concerns plus immature technologies and weird flavors; and no more than 30 percent were open to it. Despite achieving a milestone in terms of taste, plant-based meat is still not quite the same as the real thing per the standard of meat diehards. 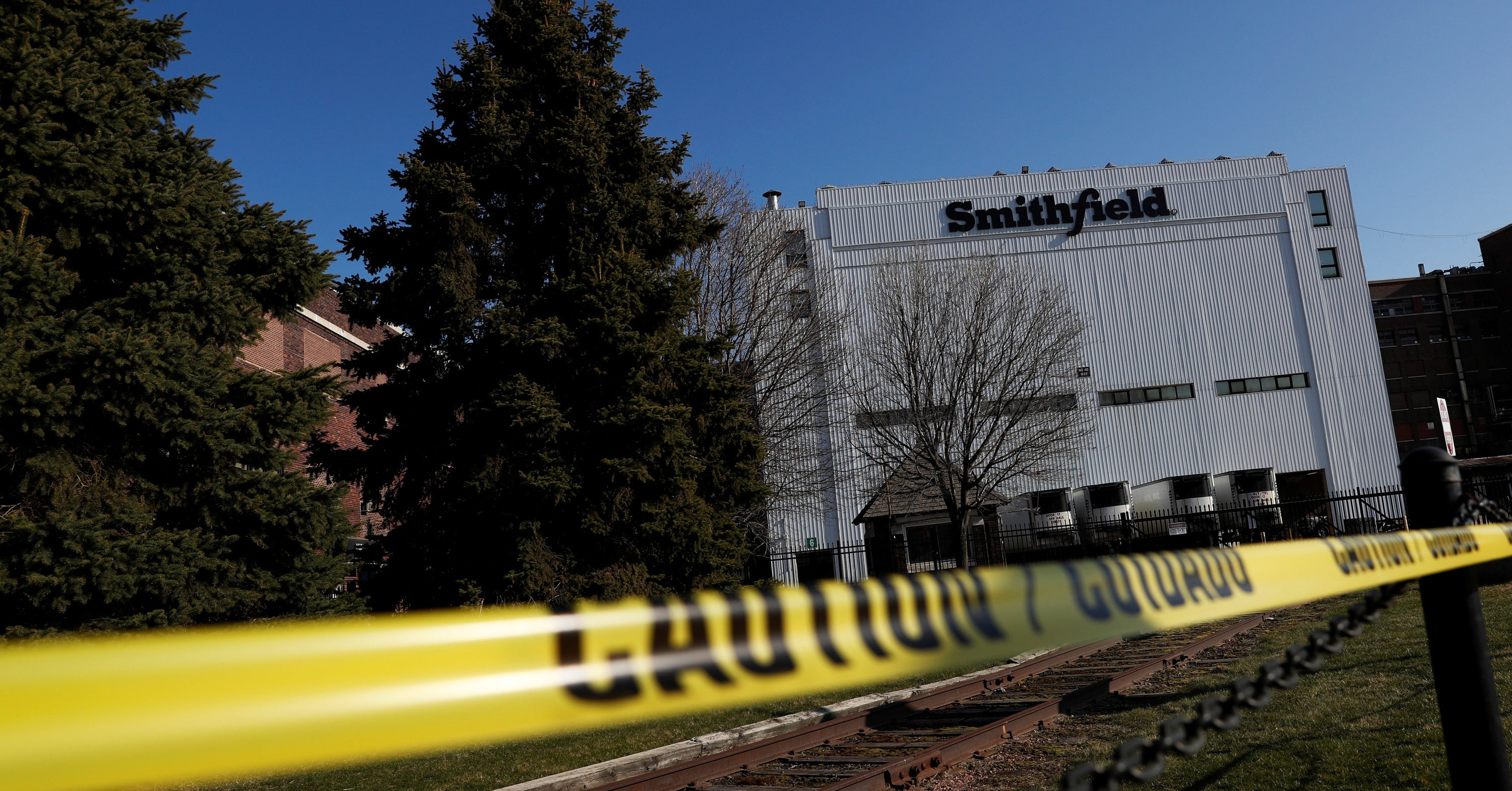 The Smithfield Foods pork plant in South Dakota, U.S., is closed indefinitely in the wake of its coronavirus outbreak. /Reuters

The Smithfield Foods pork plant in South Dakota, U.S., is closed indefinitely in the wake of its coronavirus outbreak. /Reuters

Nonetheless, the COVID-19 pandemic has reduced the slaughtering of animals and closed meat factories as part of the economic shutdown. The world's largest pork producer, Smithfield Foods, closed five of its plants and the biggest U.S. meat company Tyson Foods shuttered two factories after their employees were infected with the novel coronavirus. These shutdowns and output reductions are threatening to disrupt the meat supply chain, while a meat shortage may bring about a shift in people's eating habits.

The Economist in March forecast that sow stocks will further decline and piglet prices will spiral downward as a combined result of the coronavirus pandemic and the African swine flu, which cost a quarter of the world's pig population over the past two years. By this March, pork prices in China surged to around 120 yuan (17 U.S. dollars) per kilogram.

All these factors may prompt Chinese consumers to switch to alternative protein. If real meat cannot be had, at least faux meat has a similar flavor and texture.