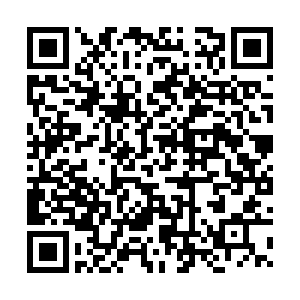 Professor Tasuku Honjo speaks during an interview after winning the 2018 Nobel Prize in Physiology or Medicine, Kyoto, Japan, October 1, 2018. /VCG

Professor Tasuku Honjo speaks during an interview after winning the 2018 Nobel Prize in Physiology or Medicine, Kyoto, Japan, October 1, 2018. /VCG

A Facebook post claiming that the 2018 Nobel Prize-winning Professor Tasuku Honjo said the novel coronavirus was "not natural" but manufactured in China went viral on social media platforms.

The post also said that Dr Honjo worked for four years in a Wuhan laboratory in China and even swore for him: "If what I am saying today is proved false now or even after my death, the government can withdraw my Nobel Prize."

But, it is just sham. 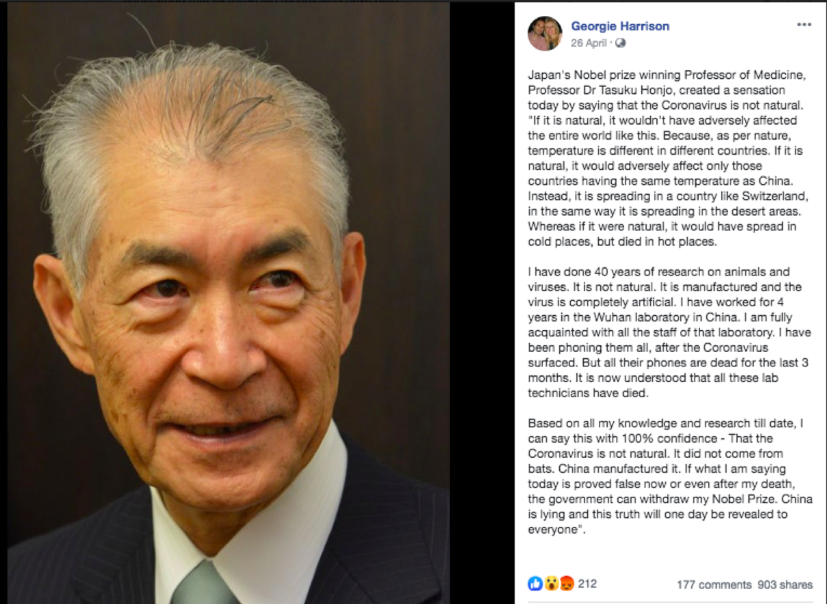 On April 27, Honjo refuted the misleading claim in a statement published on the website of the Kyoto University where he serves as the deputy director-general and distinguished professor.

"In the wake of the pain, economic loss and unprecedented global suffering caused by the COVID-19 pandemic, I am greatly saddened that my name and that of Kyoto University have been used to spread false accusations and misinformation," read the statement.

All energies at this very moment should be used to "treat the ill, prevent the further spread of sorrow, and plan for a new beginning," he said, denouncing the unsubstantiated claims as "dangerously distracting." 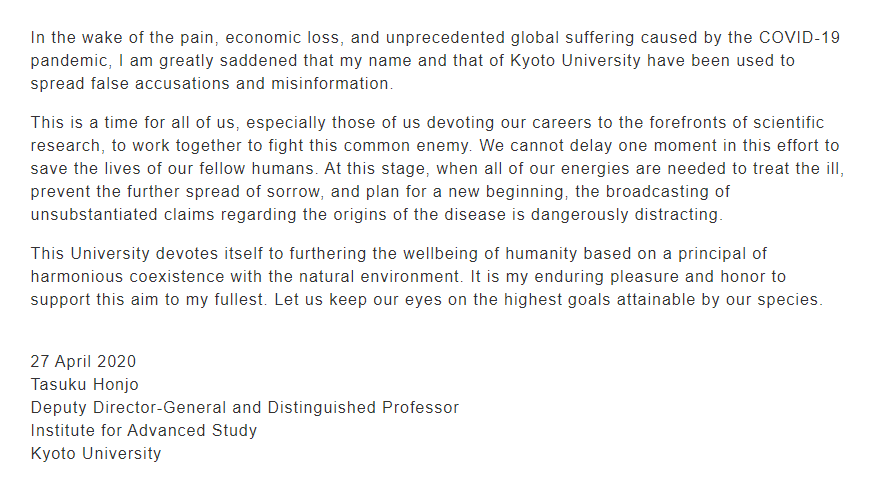 The statement from Tasuku Honjo on COVID-19. /Screenshot via kyoto-u.ac.jp

The statement from Tasuku Honjo on COVID-19. /Screenshot via kyoto-u.ac.jp

No working experience in China

What's more, Honjo has no working experience in China. According to his biography on the university's website, he worked in universities and official departments in Japan and the U.S.

The Indian news site News Meter cited Alok Kumar, a PhD student working with him at Kyoto University, denying the allegation that the professor once worked in a Wuhan laboratory and saying the professor did not work on "virus origin and functions and other related issues."

"All the contents are just concocted and nothing else."

David Hajime Kornhauser, director of Kyoto University's global communications team, made a similar statement in an email to AFP that "Dr Honjo's professional career can be seen in full and without omission on his laboratory website. You will note that he has never worked in China."

Not saying China manufactured the virus

Honjo's latest public comments on the virus were made in an interview with Nikkei Asian Review on April 10, according to the U.S. media Heavy. He talked about the difficulties and challenges the medical community had confronted in responding to the epidemic, but didn't make reference to the virus being man-made.