Liu Xiaoming: Those who stigmatize China over COVID-19 owe its people an apology
CGTN 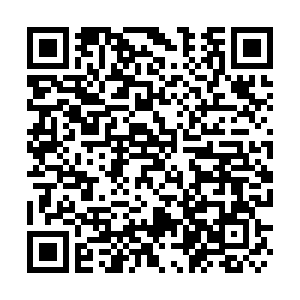 Chinese Ambassador to the UK, Liu Xiaoming, said on Tuesday that China has taken up its responsibility to contain the COVID-19 outbreak and safeguarded global public health, and those who stigmatize China for a cover-up "owe the Chinese people an apology."

The comments were made in a signed article published in the Financial Times, entitled "China has valuable lessons for the world in how to fight COVID-19."

In the article, he said COVID-19 is the most severe challenge of mankind in the 21st century, and every country and government must answer the question of how to win the battle. China has offered a three-fold solution,  Liu Xiaoming stated.

He first highlighted China's "comprehensive, thorough, and strict measures" taken domestically, using Wuhan as an example. He noted the city was under lockdown starting on the eve of the Chinese Spring Festival for 76 days.

Thanks to those measures, China is now able to balance the virus control with gradual economic restoration, he said. The ambassador also said they bought time for the world to contain the spread of the disease.

He also praised the joint response from central to local governments. The central government was able to mobilize more than 42,000 medical workers from across the country to the frontline in Hubei Province.

The diplomat also emphasized China's help and contribution in fighting the COVID-19 pandemic, saying the country is determined to keep with international cooperation in an open, transparent, and responsible manner. He called on joint efforts to defend global public health.

For those who stigmatized China and accused China of covering up data and holding information about the outbreak, Liu said these people intend to shift blame and distract people's attention from the virus control.

This "political virus" is born of prejudice and ignorance, Liu said. "Those who seek to stigmatize China owe the Chinese people an apology."

"International cooperation is not a choice but a must-do."