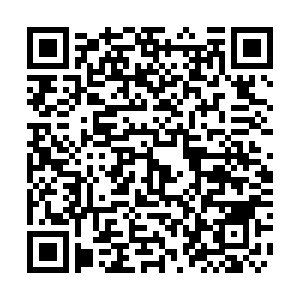 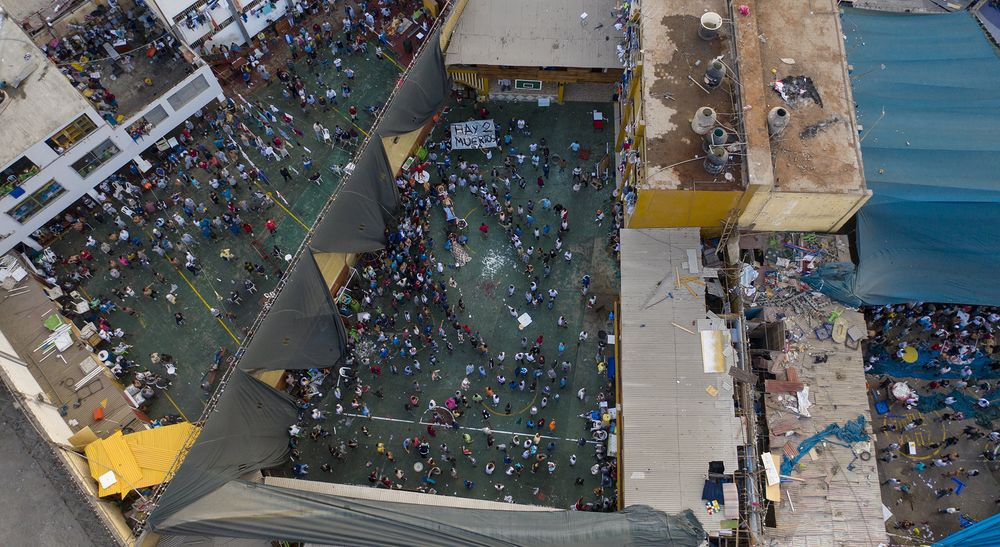 Inmates gather around the corpses of other inmates during a riot in the Miguel Castro Castro jail in Lima, Peru, April 27, 2020. /AP

Inmates gather around the corpses of other inmates during a riot in the Miguel Castro Castro jail in Lima, Peru, April 27, 2020. /AP

Nine inmates died during a riot at a Lima jail amid fears that Peru's prisons are becoming a breeding ground for coronavirus after two inmates died of COVID-19 and more than 600 inmates were tested positive.

The disturbance broke out at the Miguel Castro Castro jail in the east of the Peruvian capital on Monday with inmates burning mattresses and protesting violently, demanding their release. Some prisoners climbed onto the roof and threw stones and heavy objects at security forces attempting to enter the jail.

By nightfall, the situation had been brought under control with the aid of about 200 security officials. The cause of the nine deaths was not shared by officials, but AFP reported that many of the fatalities in the riot were apparently shot after police were called in to help guards quell the unrest. The bodies had been taken to the city's central morgue for examination.

The riot began after two inmates who contracted the novel coronavirus died on Sunday, according to the National Penitentiary Institute (INPE). The death toll from COVID-19 in the Peru's overcrowded prison system has risen to 15, following the two deaths. Castro Castro is supposed to house 1,140 inmates, while it held 5,500 prisoners at the time. 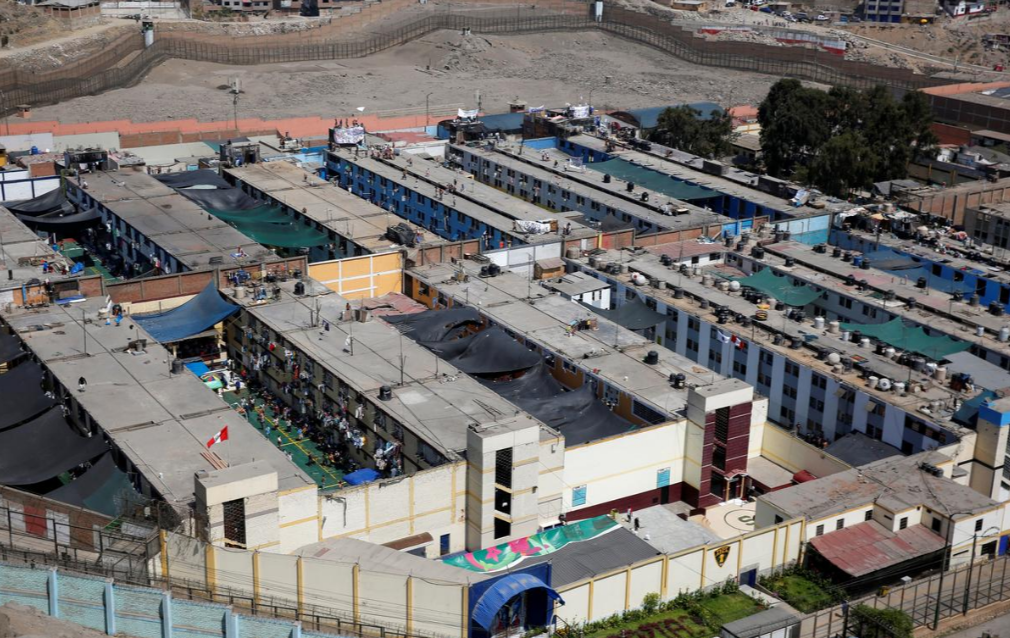 Inmates at the Lurigancho jail gather as they demand coronavirus testing during a protest, Lima, Peru, April 28, 2020. /Reuters

Inmates at the Lurigancho jail gather as they demand coronavirus testing during a protest, Lima, Peru, April 28, 2020. /Reuters

The INPE urged the prison population "to maintain a peaceful coexistence, especially as we find ourselves in a national emergency."

There have been disturbances at three other Peruvian jails in recent days linked to growing fears among inmates over the spread of the virus.

Inmates at Lurigancho – the country's largest prison located north of Lima – staged a two-hour protest demanding protection against COVID-19 on Tuesday. It ended after the Lurigancho warden signed an agreement with the prisoners concerning their medical attention. The notoriously overcrowded Lurigancho was built to house 2,500 prisoners but is currently believed to have more than 10,000.

Another riot, which authorities quelled, broke out Monday in a prison in the Andean city of Huancayo, some 200 kilometers southeast of Lima, after the coronavirus claimed the lives of two prisoners there.

Earlier in April two inmates were killed during a prison riot in the northern city of Chiclayo, sparked by concerns over the pandemic's spread.

More than 97,000 inmates are housed in 68 prisons across the South American country, an excess of some 50,000 over prison capacity, according to the the INPE. In addition, 169 prison guards have tested positive for the coronavirus, of which seven have died.