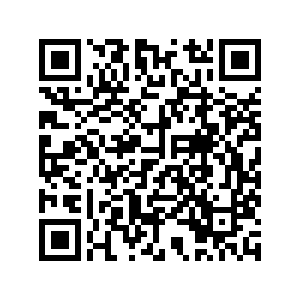 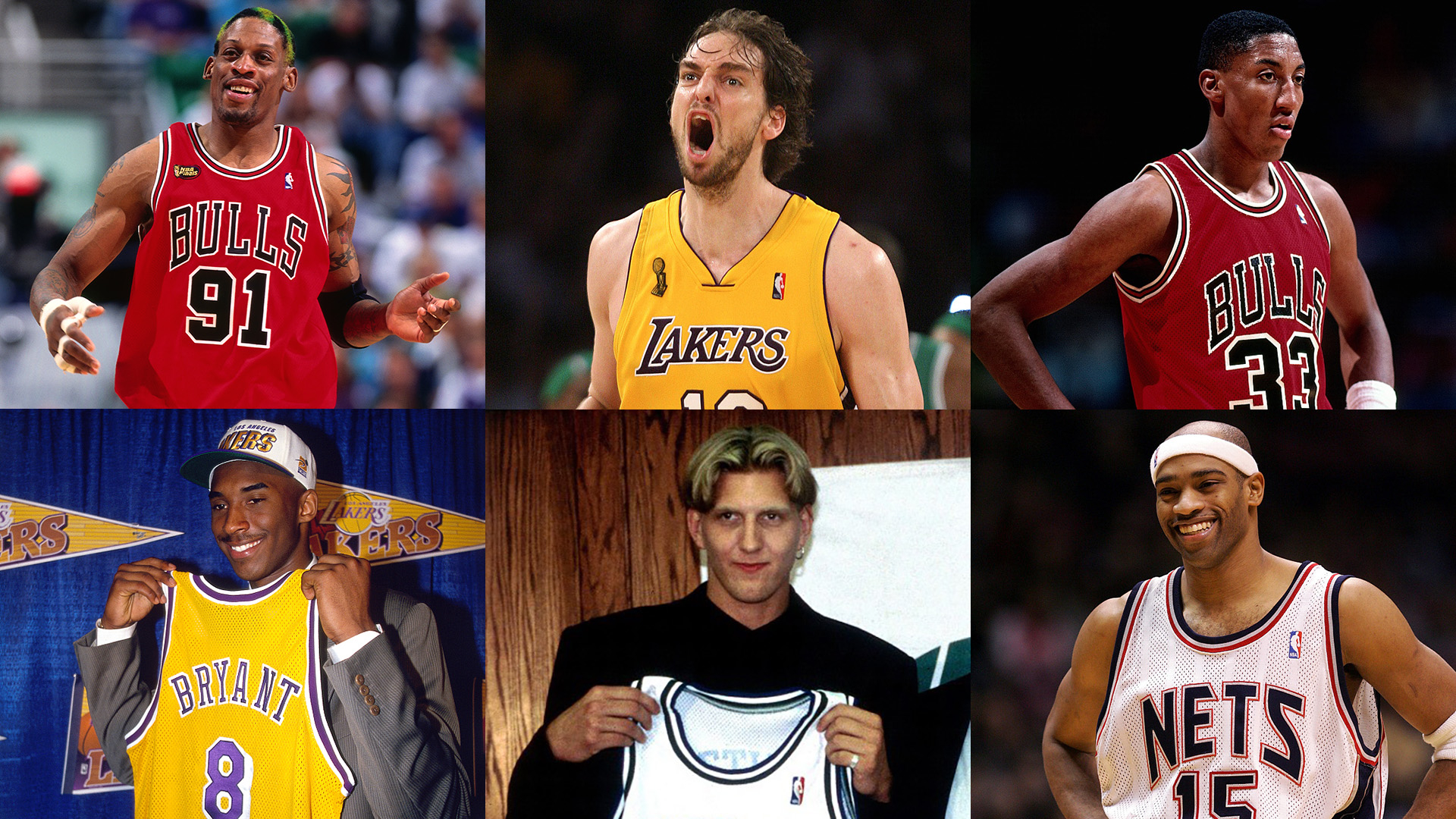 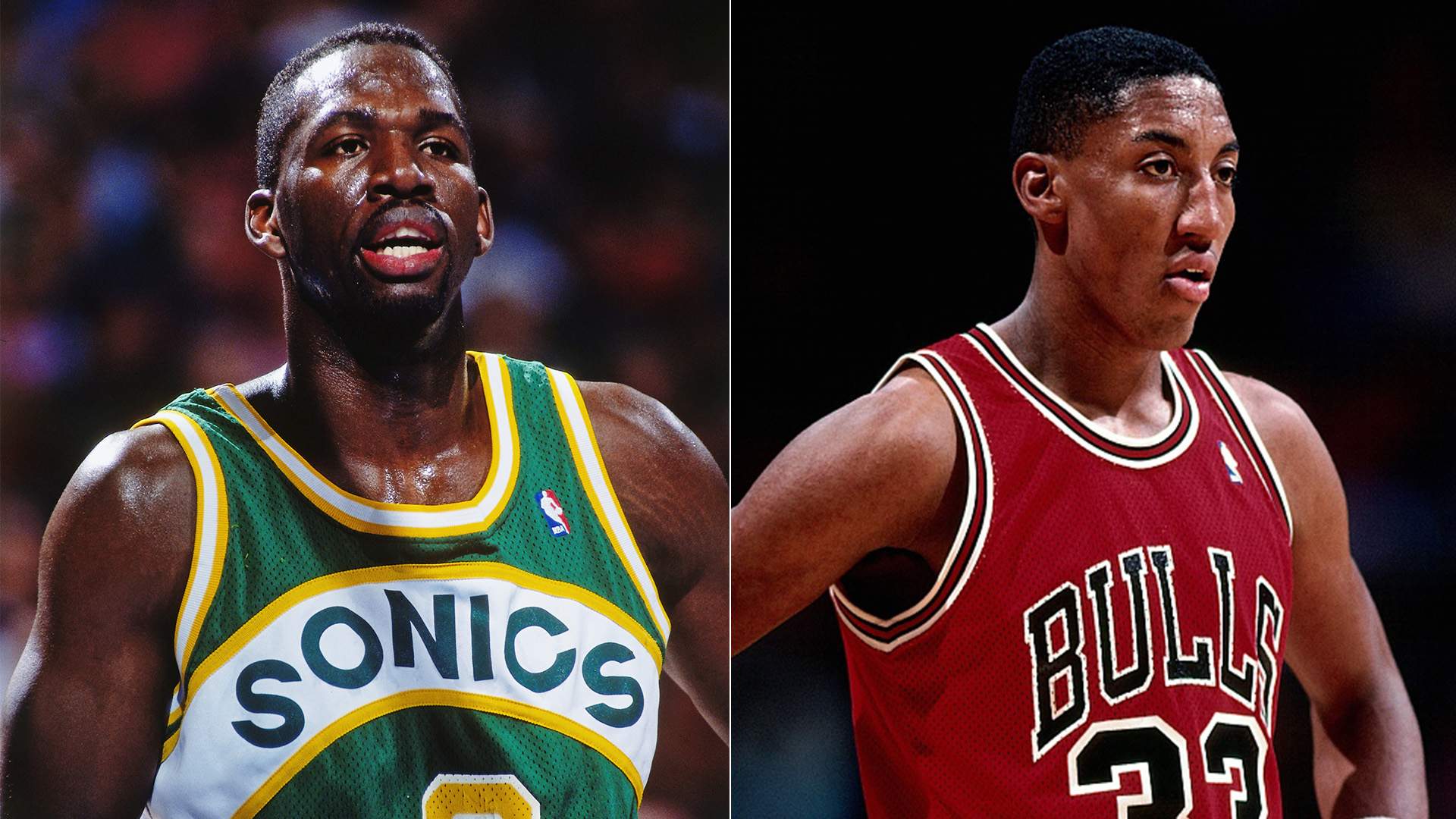 Olden Polynice (L) of the Seattle SuperSonics and Scottie Pippen of the Chicago Bulls. /VCG

Olden Polynice (L) of the Seattle SuperSonics and Scottie Pippen of the Chicago Bulls. /VCG

Polynice played 15 years in the NBA, which was rarer than it sounds considering that the average career length of the league was only 4.5 years. He even joined the Lakers in 2003 after staying away from the NBA for two years. Besides, he was always so professional on the court – he never hesitated to commit a foul as long as the team needed him to.

However, since this was Scottie Pippen we are talking about, that's a totally different story. Just imagine how you would feel if you landed a blue-collar model at the cost of a 10-time All-Defensive Team member, six-time NBA champion and the best second in command in league history.

Besides, in the 1996 NBA Finals, when Gary Payton led the SuperSonics' forward squad to limit Michael Jordan with their best efforts, Pippen partnered with Dennis Rodman to help the Bulls beat the SuperSonics to start another three-straight-title trip. Simply the idea of having had the chance of bringing Pippen to Seattle could be heartbreaking. 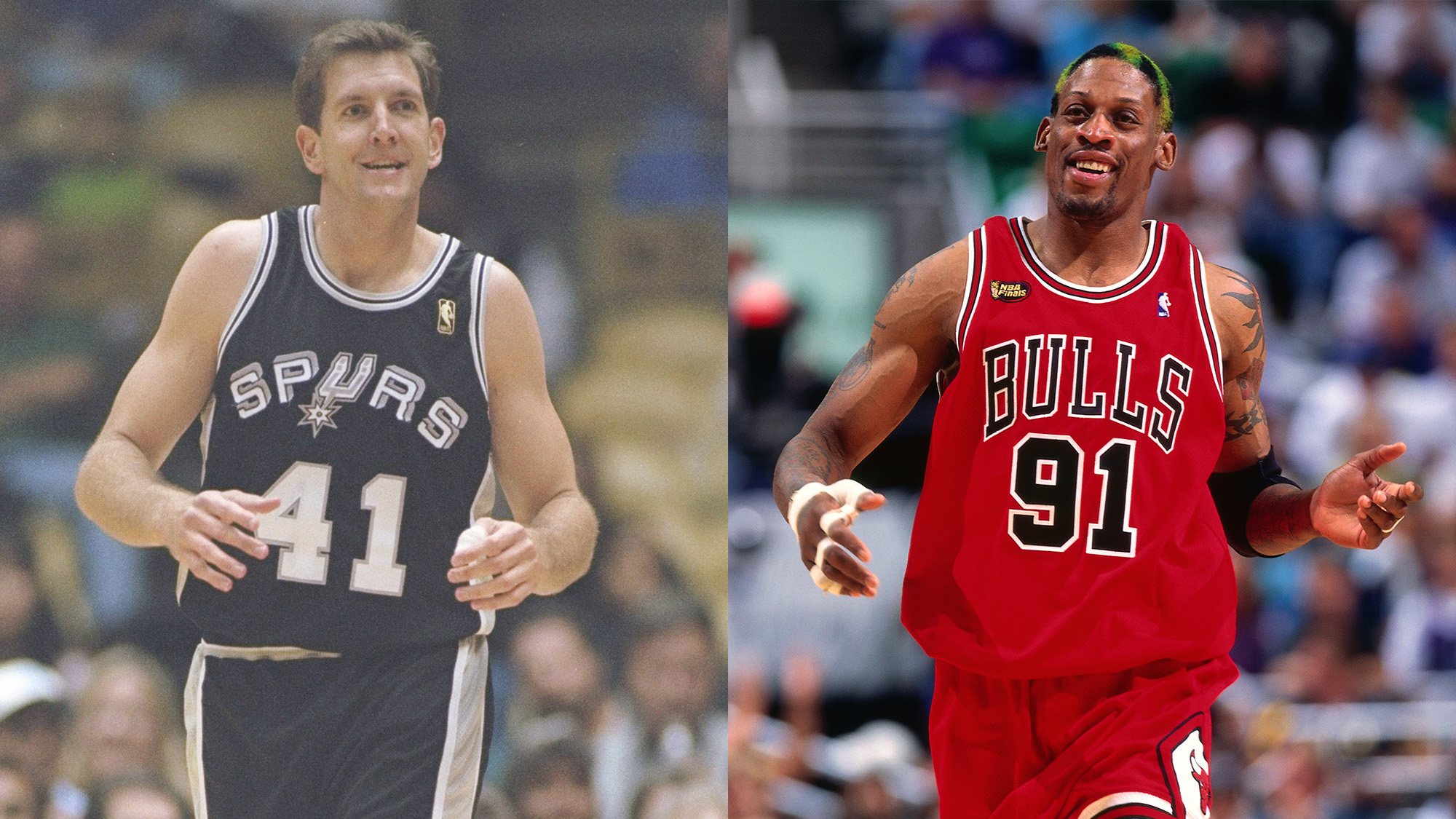 Will Purdue #41 of the San Antonio Spurs and Dennis Rodman of the Chicago Bulls. /VCG

Will Purdue #41 of the San Antonio Spurs and Dennis Rodman of the Chicago Bulls. /VCG

In the two seasons Rodman played for the Spurs, he averaged 17.3 and 16.8 rebounds respectively, By contrast, Hakeem Olajuwon who led the Houston Rockets to win two championships in a row, had 11.9 and 10.8 rebounds. However, instead of keeping the two-time rebounding title, the Spurs just could not wait to get rid of him after the (including but not limited to) following behaviors of Rodman:

So the Spurs had no problem sending him to Chicago and expected nothing from the 34-year-old but more trouble.

Nonetheless, the truth is, Rodman continued to claim three more rebounding champions and helped the Bulls, together with Jordan and Pippen, win another three straight titles. Perhaps that's why the Spurs replaced Hill with Gregg Popovich in 1996. 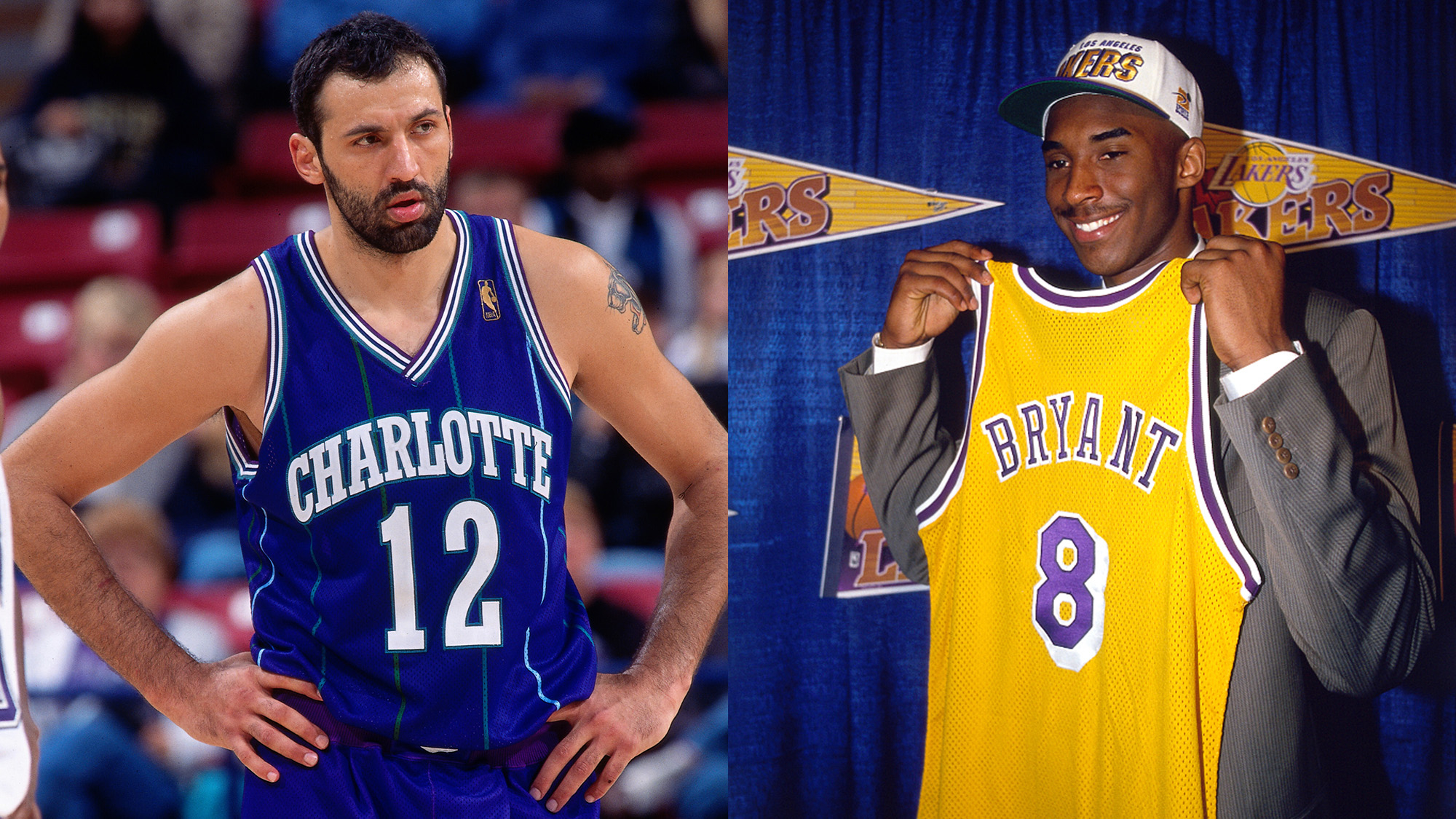 Vlade Divac #12 of the Charlotte Hornets and Kobe Bryant of the Los Angeles Lakers. /VCG

Vlade Divac #12 of the Charlotte Hornets and Kobe Bryant of the Los Angeles Lakers. /VCG

Vlade Divac was a good center. As another big man from the Balkans, he had reliable shooting range and was a first-class passer compared with most centers in the league. He was also trustworthy on defense thanks to his solid skills and being a smart flopper.

However, the purple and gold already stole Shaquille O'Neal from the Orlando Magic in 1996 summer. The had no space or reason to keep Divac.

Divac's arrival gave Hornets' fans enough reasons to celebrate. Their new center averaged 12.6 points, 9.0 rebounds, 3.7 assists and 2.2 blocks. Their team achieved franchise record 54 wins to make the playoffs. The team accomplished these only at the cost of a high-school kid – it all seemed worth it. 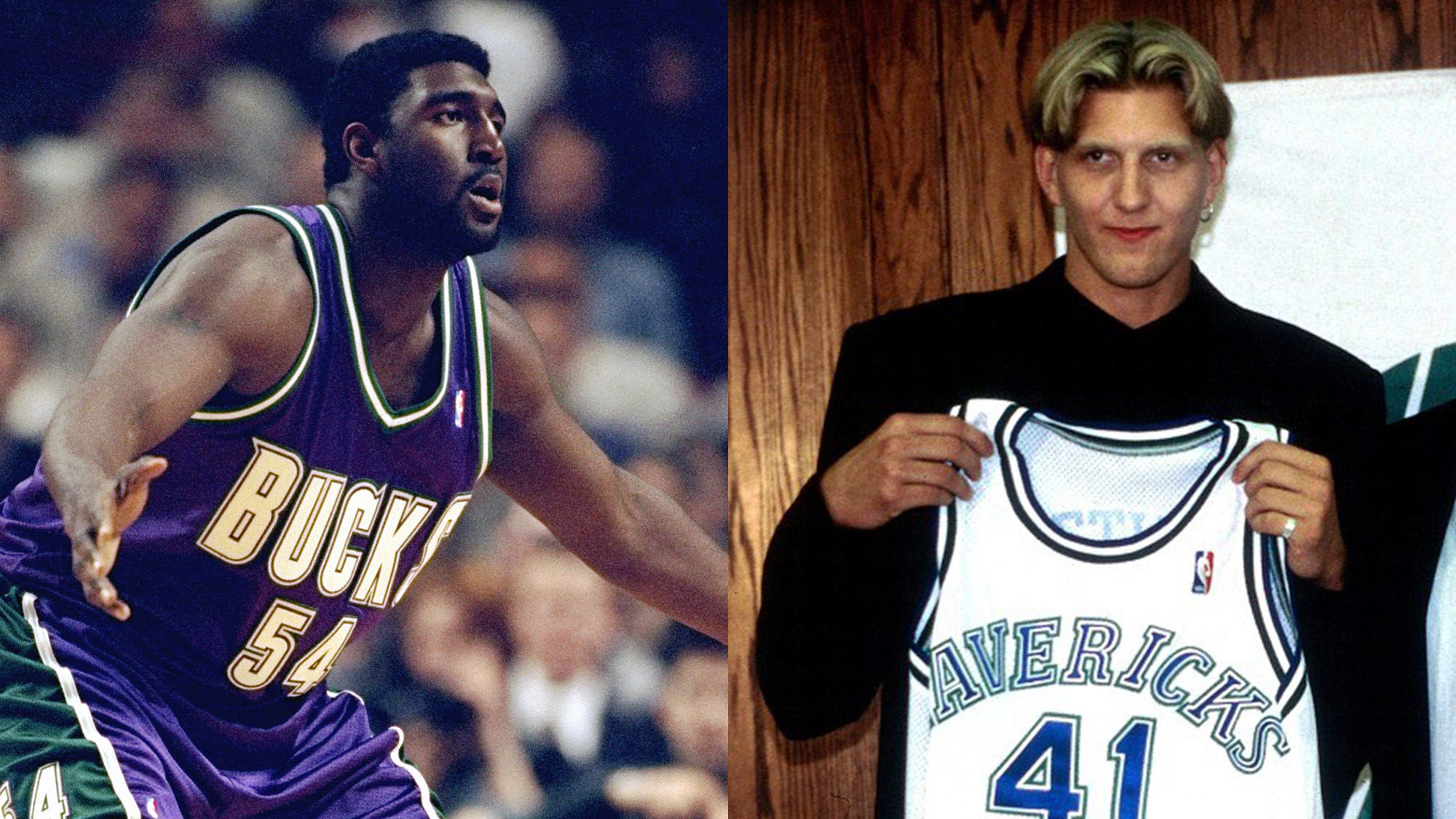 Robert Traylor #54 of the Milwaukee Bucks and Dirk Nowitzki of the Dallas Mavericks. /VCG

Robert Traylor #54 of the Milwaukee Bucks and Dirk Nowitzki of the Dallas Mavericks. /VCG

Since O'Neal entered the NBA in 1992, it became way easier for any big men who weighed over 130 kilograms to find a job. There were 29 teams looking for expendable defenders to be sacrificed in keeping O'Neal from destroying their rims.

The Bucks in 1998 had enough elegant shooters – Ray Allen, Dell Curry – but only thin Tyrone Hill in the paint, they surely were not so invested in getting a seven-foot German forward who preferred to shoot outside. That's why they were happy to introduce Robert Traylor from the Mavericks.

Nonetheless, the problem was, Traylor was only 2.03 meters tall but shared a similar weight with O'Neal – and he apparently was not Charles Barkley or Zion Williamson. In the 43 games Traylor started for the Bucks, he only stayed on the court for 16 minutes during which he could commit three fouls. After seven years with four teams, Traylor left the league in 2005.

As for the German big man. He began to drop 20+points from the third season and continued to do so for another 12 seasons. When he retired in 2019, he was 14-time All-Star, 2007 NBA MVP, led the Mavericks win their first NBA championship as the 2011 Finals MVP and was remembered as one of the greatest international players in NBA history: Dirk Nowitzki. 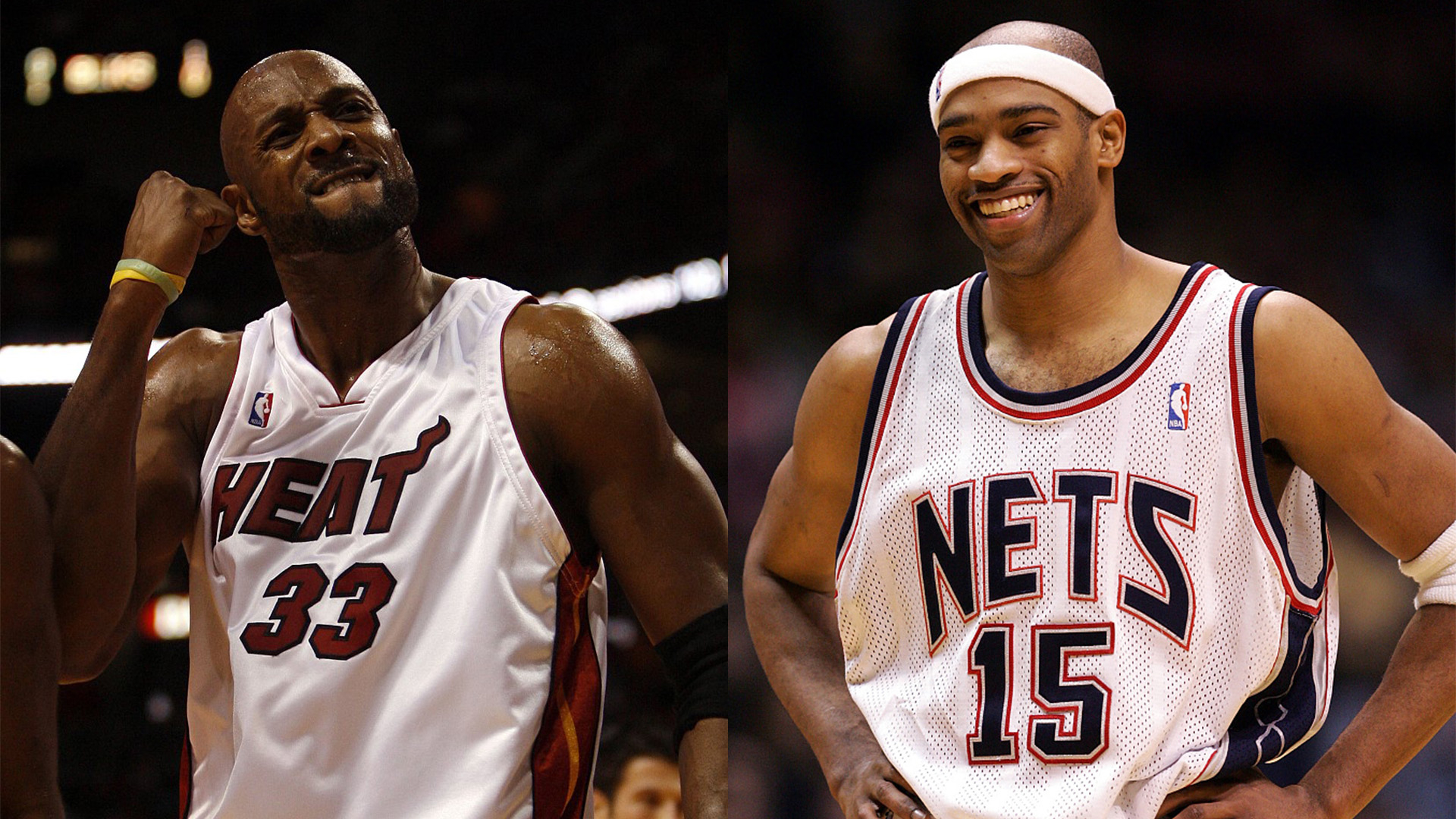 Alonzo Mourning #33 of the Miami Heat and Vince Carter of the New Jersey Nets. /VCG

Alonzo Mourning #33 of the Miami Heat and Vince Carter of the New Jersey Nets. /VCG

The Toronto Raptors traded Vince Carter for Alonzo Mourning, Aaron Williams and Eric Williams with the New Jersey Nets in 2004

The Raptors' front office rarely made any smart decisions in the first 10 years since they joined the NBA. They used to have Damon Stoudamire, Marcus Camby and Tracy McGrady before they were traded away and entertained other teams' fans. Then in 2004, they had to let Carter go after the "Half Man, Half Amazing" had a fallout with the Raptors.

That's why the Nets only proposed two nobodies and Mourning who played only 30 games in two seasons because of kidney problems. The Raptors had to take it, too.

However, the deal actually ended even worse than the Raptors had expected. First, Carter reached another peak of his career in the Nets. Second, Mourning in public refused to play for the Raptors so the team had to waive him before he joined the Miami Heat. Two years later, he helped the Heat win their first title as the backbone of the team. 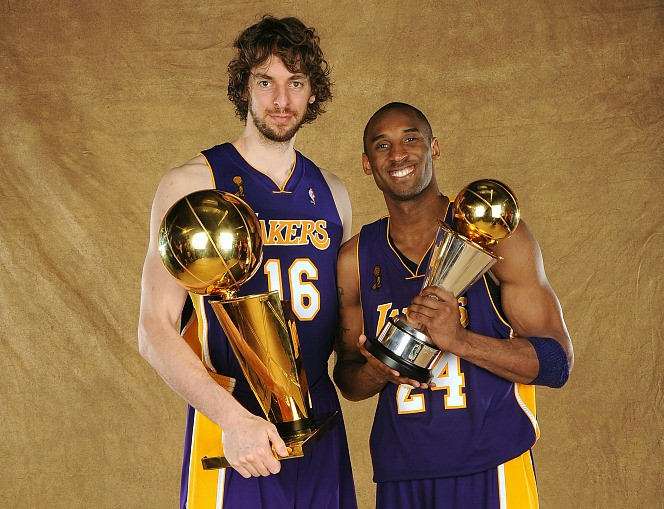 Pau Gasol #16 and Kobe Bryant #24 of the Los Angeles Lakers hold the Larry O'Brien NBA Championship Trophy and the Bill Russell NBA Finals MVP Trophy after the Lakers' 4-1 victory over the Orlando Magic in the Finals at the Amway Arena in Orlando, Florida,June 14, 2009. /VCG

Pau Gasol #16 and Kobe Bryant #24 of the Los Angeles Lakers hold the Larry O'Brien NBA Championship Trophy and the Bill Russell NBA Finals MVP Trophy after the Lakers' 4-1 victory over the Orlando Magic in the Finals at the Amway Arena in Orlando, Florida,June 14, 2009. /VCG

In order to help you understand how controversial this trade was back then, please listen to the following part:

"No one put pressure on me to do this, and Michael Heisley (Grizzlies owner) has actually been reluctant to move Pau," said Grizzlies general manager Chris Wallace who denied that the deal was to make the team more attractive to potential buyers.

Anyway, after this robbery of a deal, Pau Gasol became the perfect assistant to Bryant and helped the Lakers make back to the NBA Finals for three straight times and win two titles. It's true that Marc Gasol helped the Grizzlies become a strong team in the West, but the Lakers almost established a new dynasty thanks to this trade.