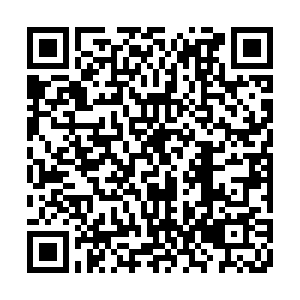 The U.S. gross domestic product (GDP) shrank by 4.8 percent in the first quarter of 2020, marking the worst dive since the fourth quarter of 2008 when the number was recorded at 8.4 percent.

According to the U.S. Bureau of Economic Analysis report, the staggering decline of GDP between January and March, was in part, due to the response to the spread of COVID-19, as the U.S. government issued "stay-at-home" orders in March.

The Commerce Department's snapshot of first-quarter GDP reinforced predictions from analysts that the economy was already in a deep recession.

Reuters survey of economists had expected the GDP to decrease at a 4.0 percent annualized rate last quarter. Estimates in the survey were as low as a 15 percent drop in GDP, which would be the steepest decline on record. Economist surveyed by Dow Jones had forecast the first estimate of GDP to show a 3.5 percent contraction. 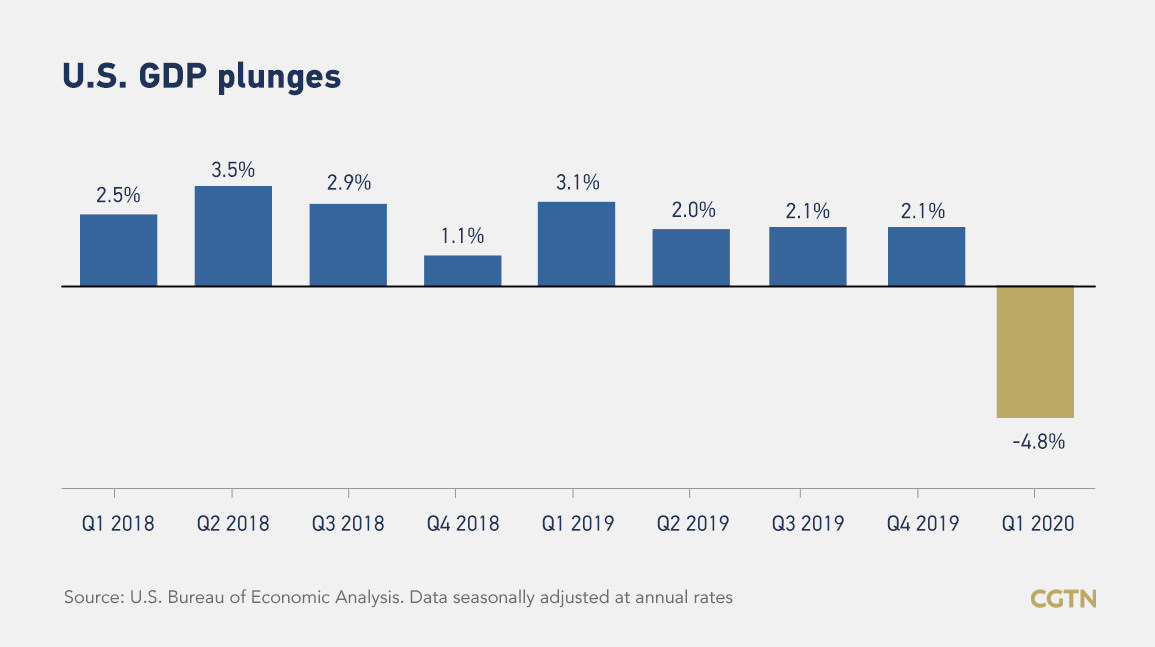 The Commerce Department's Bureau of Economic Analysis (BEA) said that it could not quantify the full effects of the pandemic, but that the virus had partly contributed to the decline in GDP in the first quarter.

The BEA said "stay-at-home" orders in March had "led to rapid changes in demand, as businesses and schools switched to remote work or canceled operations, and consumers canceled, restricted, or redirected their spending."

Consumer expenditures, which contributes 67 percent to the total GDP, plunged 7.6 percent during the period of time, the sharpest decline since the fourth quarter of 1980. This is a result of all nonessential stores were closed and the whole country was almost put on a standstill in an effort to fight against the spread of novel coronavirus.

Durable goods spending tumbled 16.1 percent, while expenditures on services were down 10.2 percent.

Exports dropped 8.7 percent while imports fell 15.3 percent, including a 30 percent drop in services.

"You are going to get close to 40 percent contraction in the second quarter," said Joe Brusuelas, chief economist at RSM in New York. "It's important that when we talk of reopening, we are not talking about it in a binary fashion. It's not going from zero to one or flipping the switch. Firms are opening, but still heavily constrained by public health policy."

Reopening the economy also comes with the risk of unleashing a second wave of new infections and a return to lockdowns.

Most economists have dismissed the idea of a quick and sharp rebound, or V-shaped recovery, arguing that many small businesses will disappear. They also predicted some of the about 26.5 million people who have filed for unemployment benefits since mid-March are unlikely to find jobs.

"I don't see a V-shaped recovery, but a sideways J-recovery," said RSM's Brusuelas.