Would an independent candidate make any difference in the U.S. election?
First Voice 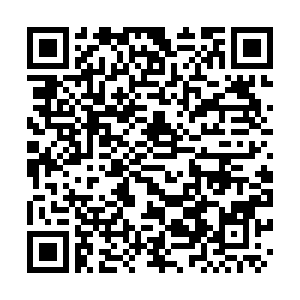 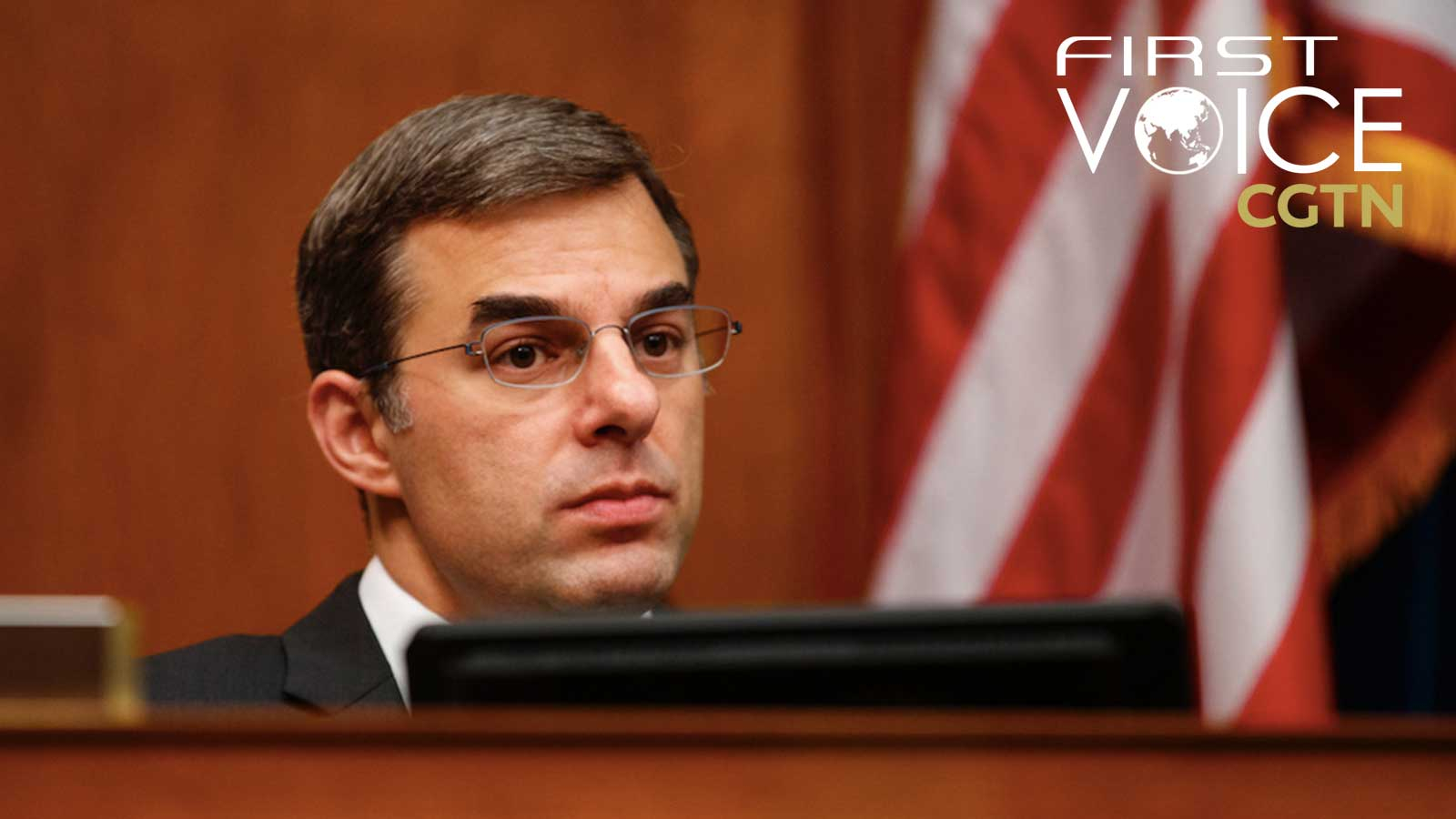 Although the COVID-19 pandemic has forced both parties in the United States to reschedule the nomination events in this year's election, the two candidates, i.e., Donald Trump and Joe Biden have already de-facto gained each party's support majority.

Both of them have experience in successful elections and Washington elite politics. This means none of the septuagenarians are new to voters.

Until a young man named Justin Amash who was born in 1980 announced on April 29, 2020, that he would be campaigning as an independent candidate for a third party.

Vigorous or lack of experience? Both

Compared with the two old men of the big parties, the just-turned 40-year-old Amash is young. Rolling Stones magazine described him in an article titled "Justin Amash: The Last Republican in America" as someone with a pair of "rimless glasses and a boyish face."

Does being young sound lack of experiences? The answer from the U.S. history is a "definite no."

The youngest of all is the then 42-year-old Theodore Roosevelt. After becoming president when William McKinley was assassinated, he led America into an era of progressive reforms.

The second youngest is John F. Kennedy, who was 43 when speaking in the first ever U.S. television debate against his rival, which was then the 39-year-old Richard Nixon. Both became famous presidents in the years that followed.

However, it seems that Amash cannot gain popularity from the U.S. mainstream media as his predecessors did. CNN's Haley Byrd claimed in an article "Justin Amash is the loneliest member of Congress" that Amash's firm libertarian stances made him "awkward."

This may be a downside for him, because even as a political layman, Trump knew the importance of popularity. In other words, if you are not popular, you are definitely dropped out of the popular race.

Does he have anything in common with his young predecessors already? The answer may be yes.

Like Barack Obama, Amash is enough with the jargons of party politics, and sticks to his own principles instead of following the party line. He has his own way of changing, if not just coping with the quotidian nature of American politics.

However, unlike Obama is a liberal, Amash is a libertarian, which means he would not champion individuals' rights, but rather advocate for civil liberty.

Five years ago, he co-founded the House Freedom Caucus, a group of both conservatives and libertarians who wanted to start a new era in U.S. congressional politics.

But like every politician in the world would say he or she represents common people, Amash has no difference. So what makes him to stand out unlike other U.S. politicians? Maybe his family background can tell.

As a son of a Palestinian refugee and a Syrian immigrant, he felt the political correctness of America's way of allying with Israel. Later in 2019 he would act to be the only opposition vote in all of Congress to vote against the bill to enhancing the role of monitoring anti-Semitism.

Later, he went on to become the first congressman in Trump's own party to stand up and call for the impeachment of the president. Fed up with most of his GOP colleagues' positions on many topics, he eventually exited the GOP and became an independent in July 2019 and a Libertarian in 2020.

From a historic perspective, the candidate from a third party certainly would not get enough votes to get into the White House, but that does not mean that they would not cause trouble to the big picture.

For example, in 1992, when both candidates from the major parties did not get more than half of the vote share, an independent candidate Ross Perot got 18.9 percent of the pie. If his votes went to George H. W. Bush, Bush would certain be re-elected instead of losing to the maverick Bill Clinton. 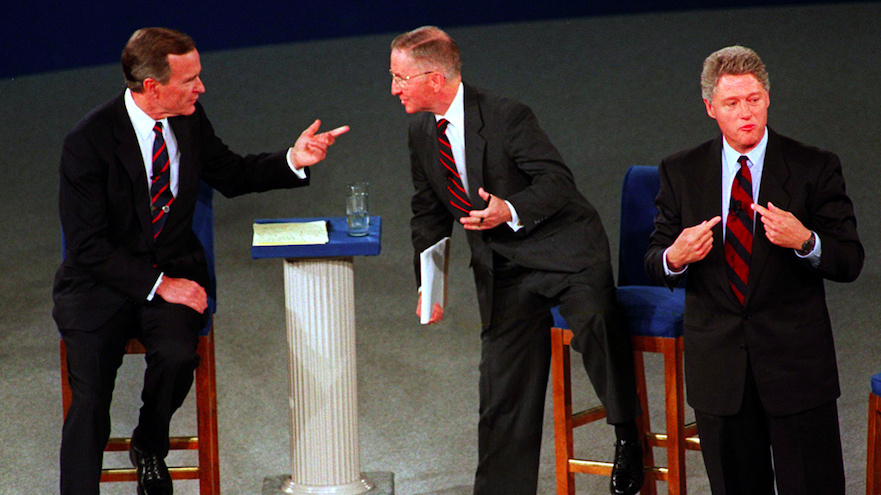 Another notable example was in 2000, when the vote margin was as close as 0.51 percent between George W. Bush and Al Gore, a third party left-wing candidate Ralph Nader took away 2.74 percent of the votes altogether. If Nader's votes went to Al Gore, there would not be any recount in Florida ordered by the Supreme Court.

Would Amash be a spoiler like his third party predecessors in 2020 election? Cody Jackson, a retired history lecturer, predicted that if there is any chance for Amash to take votes in Michigan from the two old men, "He'll only take votes from Trump" as Michigan was a "Trump state" in 2016.

However, Sun Chenghao, an assistant research professor at the Institute of American Studies of China Institutes of Contemporary International Relations, sees the picture differently.

"As Trump's support is firm in his own party, a third party candidate would have no influence at all", said Sun in a short interview, "unless the vote share would be that close, he would have no challenge to Trump."

His stance on China? Unknown yet

The polarization in the American political arena is stronger than ever before. So the question is, what is the new factor in the age of extreme polarization? The two parties have put the spotlight on China.

A few days ago, POLITICO exposed the GOP strategy in the elections would focus mainly on how to blame China for the coronavirus, whilst the Democrat Joe Biden said in a Foreign Affairs article a few weeks ago that if he were elected, he would let America's lead again in all competing fields with China.

Amash's financial disclosure form in 2017 revealed that he has a large family business parenting the Tekton Tools in China's Hangzhou, but if he became the president of the U.S. is different, whether this business would be shut down is yet unknown, as Trump had shown that his daughter's businesses in China had to give up to his country's interests after he got elected.

History cannot tell how the future would be like. Barack Obama was the first African American in the Oval Office and Trump was the first businessman ever won the road to Washington. Would Amash be the first third party candidate ever to take the oath in January 2021? No one knows.