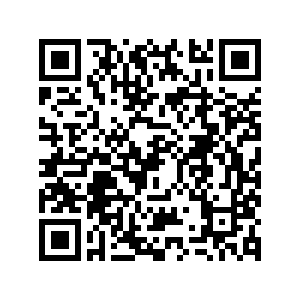 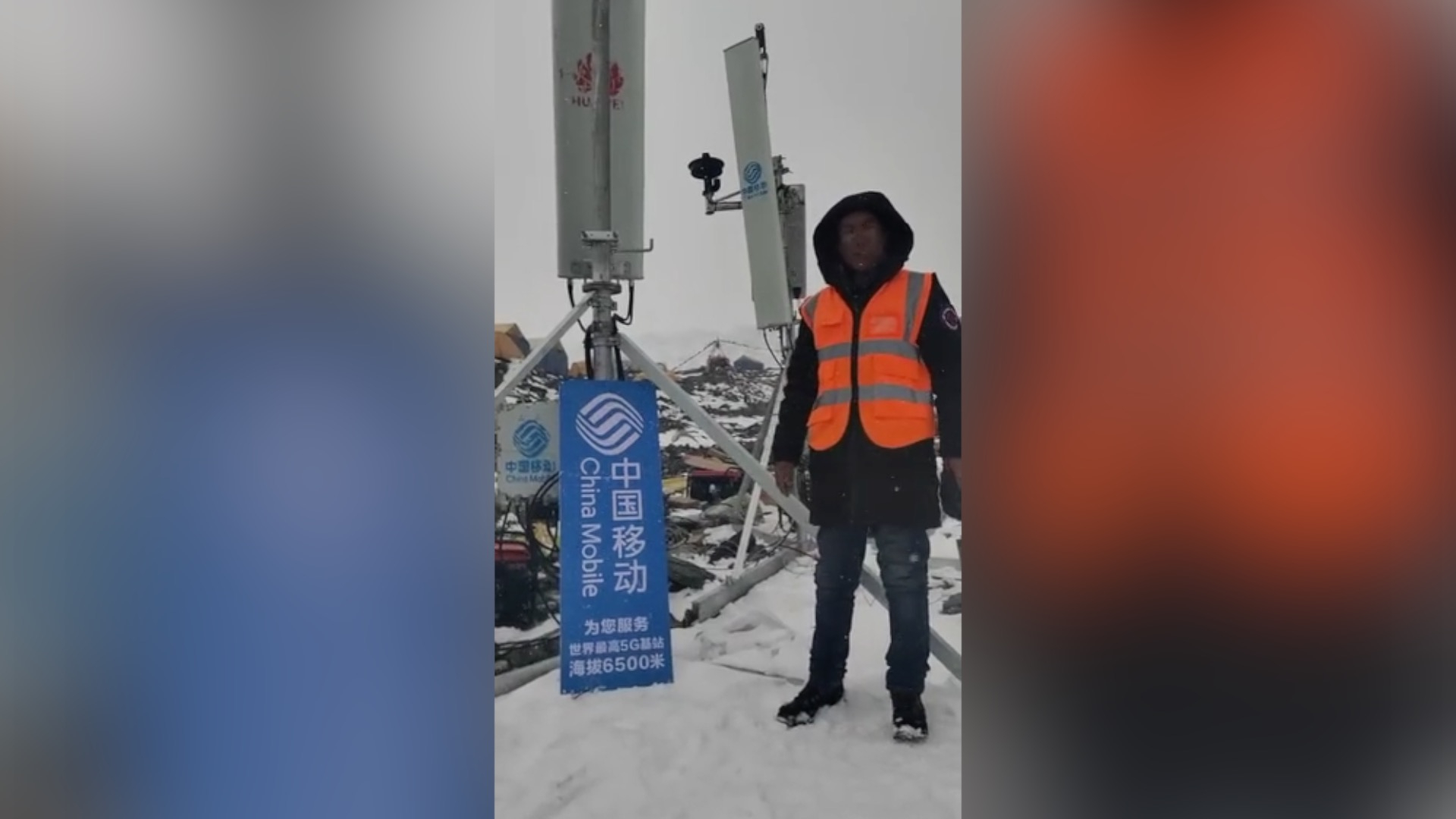 5G world's fastest telecommunications service is up and running on China's Mount Qomolangma, the highest mountain in the world.

The world's two highest base stations went online 6,500 meters above sea level on the mountain on Wednesday. That's according to China Mobile, one of the country's major telecom service providers.

The signal will be available for those on the climbing routes along Qomolangma's northern slope. Mountain climbers, scientific investigators, environmental monitors and others can now enjoy access.

To help with 5G coverage in the area, the base stations have turned to technologies, such as flexible beamforming, based on joint research and development programs with Chinese telecom giant Huawei.

The teams set up three other 5G base stations at the 5,800-meter transition camp and 5,300-meter base camp with optimized and environmentally friendly network construction plans earlier this month.

A 5th generation gigabyte fiber-optic network is also working for the first time on Qomolangma, alongside the 5G base station construction. 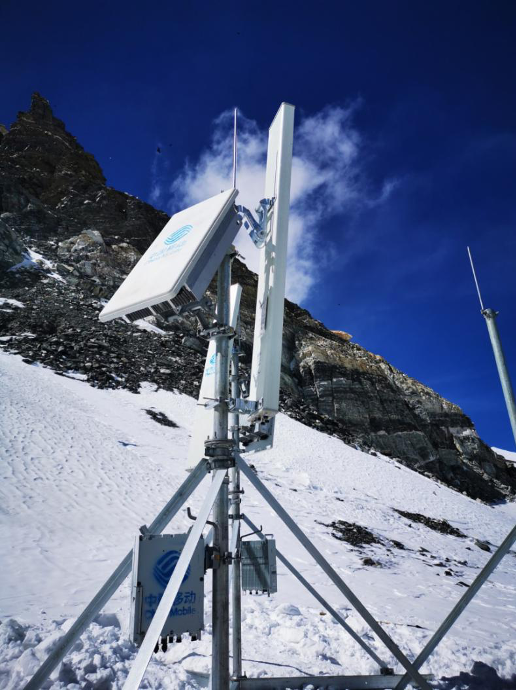 So far, China's three major telecom giants, China Mobile, China Unicom and China Telecom, have all built their own 5G base stations at the base camp.

Live 4K or VR broadcasts of Qomolangma's stunning scenery are being streamed to millions of viewers via their 5G signals.

China is pushing to upgrade its telecommunication services, and almost 200,000 5G base stations have been built nationwide with more than 50 million users already.

By the end of this year, another 500,000 base stations are expected to be built, with signal service covering cities, towns and villages, according to the country's Ministry of Industry and Information Technology.