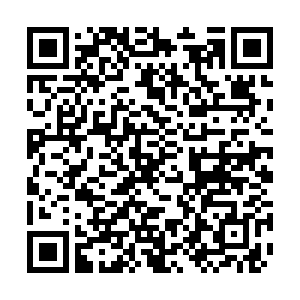 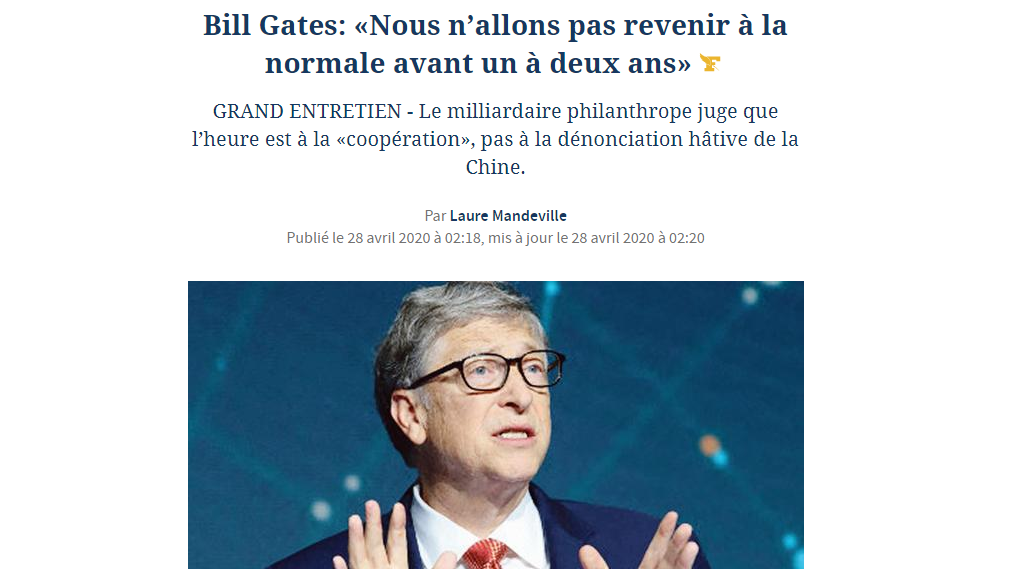 Cooperation rather than hasty denunciation is needed at the time of combating the COVID-19 pandemic, U.S. technology magnate and philanthropist Bill Gates told French daily Le Figaro in an interview published Tuesday.

"The Chinese have made all the data accessible," Gates said while praising the country for its contribution to the global research on the novel coronavirus as well as to avoiding a medical supplies market disruption.

China "is no longer a source of spread of the infection," and finger-pointing is not a constructive approach, he added.

"Our economy is at a standstill, the world is suffering – the priority should be collaboration."

Suspicions around whether China deceived the world on COVID-19 information and whether it should be "held responsible" for gagging the spread of information about the virus after it originated in Wuhan have become rampant. 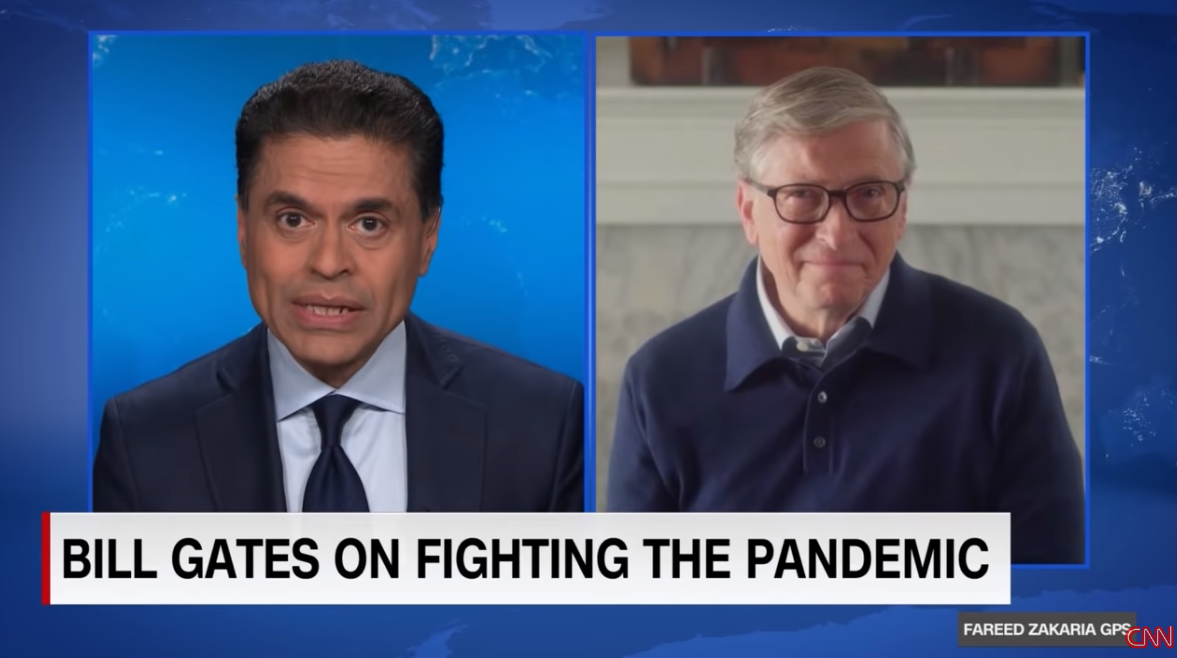 Gates was also invited to share his views on those disputes over a CNN show with host Fareed Zakaria Sunday, saying that China did a lot of things right at the beginning, like any country where a virus first shows up. "There's a lot of incorrect and unfair things said."

He stressed blaming the communist country for unleashing the virus on the world serves only as a "distraction."

When Fareed Zakaria asked Gates to further weigh in on whether the WHO was "culpable" in the Chinese government's cover-up since U.S. President Donald Trump has announced to halt funding for the WHO On April 14.

"In the retrospective, we'll see things that WHO could have done better, just like every actor in this whole picture. But the WHO has a strong connection with one country. That country is the United States. The number of CDC people who are there, people who used to work for the CDC, there's no U.N. agency more connected to a country than WHO is to CDC."

He believes the U.S. needed to continue to support the WHO after President Trump moved to cut funding.