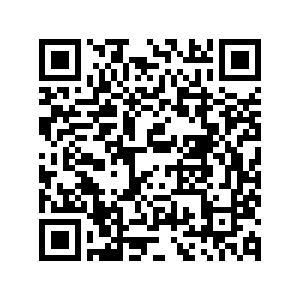 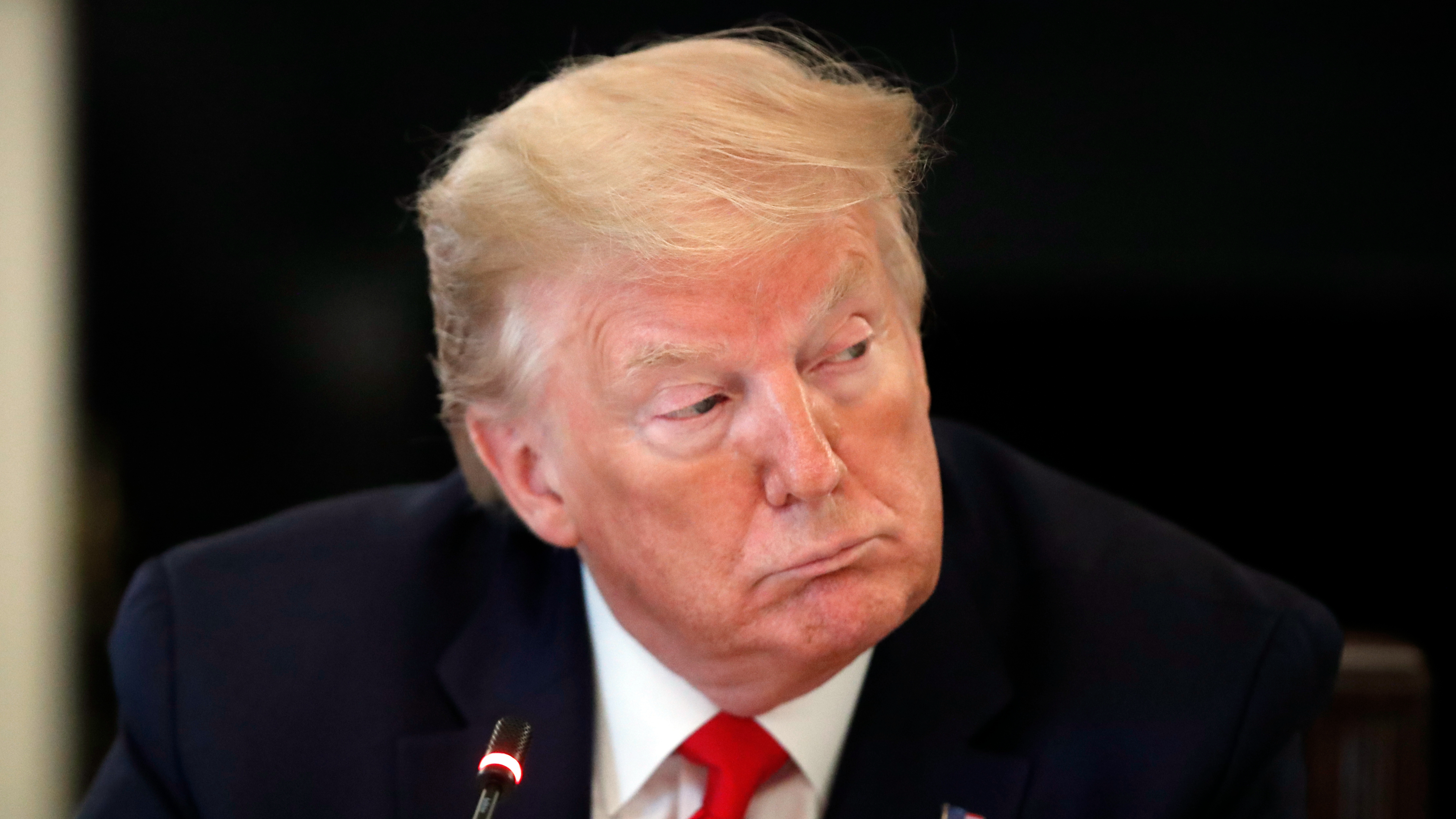 Editor's note: Lionel Vairon is the president of CEC Consulting company and a senior researcher at Charhar Institute of International Relations and Public Diplomacy in Beijing. He is a former journalist (1985-1989), former diplomat (1991-2002) successively posted in Cambodia, Thailand and Iraq by the French government. He is also an author of many books and papers about China's geopolitics, international relations and the Arabo-Islamic world. The article reflects the author's opinions and not necessarily the views of CGTN.

A new chapter has opened in the history of international relations with the COVID-19 pandemic, which has redistributed the cards in the international order.

The international economy has experienced its greatest shock since the end of World War II. Weaknesses and limitations of health care systems in developed countries find themselves under the spotlight, as some countries discover the true limits of their governance, entirely founded on communication policies at the expense of concrete actions. Economic resilience is put to the test, leading great economic powers such as the United States and certain European countries to favor economic recovery rather than the health of their own populations.

Many questions remain regarding the origins of this health crisis. The consensus around the virus originating from a wild animals' market in Wuhan, China, is weakened by recent investigations led by scientists of various nationalities. The virus indeed comes from bats and has seemingly been transmitted to humans by a yet to be identified intermediary animal.

However, the possibility of it coming from another place than Wuhan, or even outside of China is slowly gaining credibility. If the hypothesis of a lab incident were to be confirmed, the idea of the epidemic originating from a P4 laboratory studying viruses related to bats elsewhere would enter the realm of possibility, as nothing indicates that a security failure has occurred in the Wuhan laboratory.

Patient 0 has yet to be determined and no serious scientist can confirm the origins of this pandemic, especially keeping in mind that the first positively diagnosed Chinese patient had never been to the Wuhan market. A Chinese-American study published on Medrxiv ("Genomic variations of SARS-CoV-2 suggest multiple outbreak sources of transmission") on March 5 has identified three strains, the closest one to BatCov-RatG13 (virus identified among bats) being detected in Japan, Australia, the United States as well as other Chinese provinces far from Wuhan, confirming another study published on February 24 by the WHO and carried out by American researchers working for IBM.

However, accusations against China have been recurring over the past few weeks in Western media and speeches of certain European and, naturally, American officials. China would have hidden the extent of the crisis, while failing to warn the international community in a timely manner and silencing "whistleblowers." These accusations are interestingly inconsistent with the reality of the facts and the chronology of events. 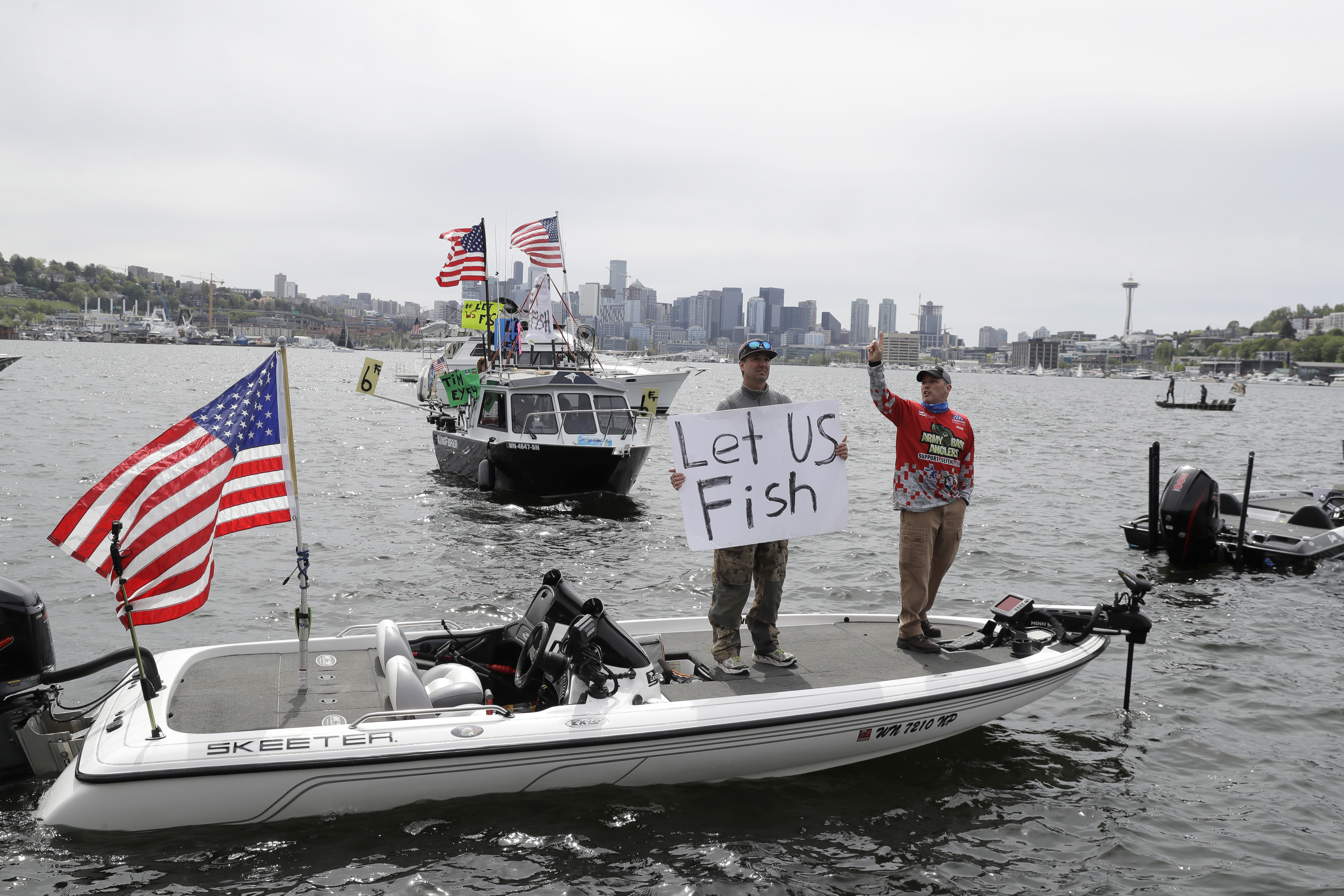 A protester on a boat of Lake Union near Gas Works Park in Seattle, during a protest against Washington state's current ban on fishing due to stay-at-home orders implemented to prevent the spread of the coronavirus, April 26, 2020. /AP

A protester on a boat of Lake Union near Gas Works Park in Seattle, during a protest against Washington state's current ban on fishing due to stay-at-home orders implemented to prevent the spread of the coronavirus, April 26, 2020. /AP

As of December 31, the WHO was officially informed of the appearance of a yet to be identified but dangerous virus. By mid-January, with the help of data provided by Chinese laboratories to the international scientific community, famous German virologist Christian Drotsen, co-discoverer of SARS in 2003, had already developed a test for COVID-19, for which the WHO then circulated the testing protocol. Germany's success in fighting the pandemic is the result of massive testing weeks before other European countries, weekly tests exceeding 500,000 since March 26.

Countries now accusing China of withholding information cannot justify the delay in implementing necessary measures, especially the United States, the United Kingdom and France. Information provided to the WHO and the international scientific community during the first two weeks of January should have been sufficient to encourage governments to establish preventive measures and order the necessary masks and test kits in anticipation of a possible worldwide pandemic.

While certain Asian countries such as South Korea and Vietnam immediately implemented preventive measures, especially the compulsory wearing of masks, Europeans dithered, some, such as France, choosing to pretend that wearing masks was useless, if not dangerous, in an attempt to conceal their unpreparedness. The French government only recently announced the compulsory wearing of masks in public transport and spaces, as of May 11, four months after the appearance of the pandemic.

What lies beneath this anti-China propaganda campaign is a geopolitical strategy using the coronavirus as an alibi to attempt to hinder the emergence of China. Some even demanded that China finance the costs resulting from this pandemic, while others request a trial in an international court. The absurdity of this campaign knows no limits.

A renowned French essayist, Thierry Wolton, clearly set the problem in an article in the Figaro newspaper on April 23, considering that Western democracies must now end China's rise and ambitions: "The Chinese challenge will be the main concern of the world to come on the international stage." He denounces an aggressive Chinese policy, relying among other things on its soft power. The double standard of these discourses against China is now a guideline for numerous Western media and politicians.

Donald Trump's statements suggesting that damages be demanded from China are even more absurd considering that the health and economic catastrophe the United States is now facing is the result of his own guilty negligence, for domestic policy reasons, at the beginning of the pandemic. A recent U.S. National Republican Senatorial Committee memo proves this instrumentalization of the pandemic as it urges focusing on accusations against China, which is now becoming the key theme of Donald Trump's re-election campaign.

The ideological dimension now predominates facts, the accused being the Chinese political system, regardless of the reality of the situation. For American and European leaders, who have shown their limits in terms of governance, China is a quality scapegoat. This policy may, however, turn against them as further scientific discoveries are made regarding the origin of the virus, and their credibility may well crumble.